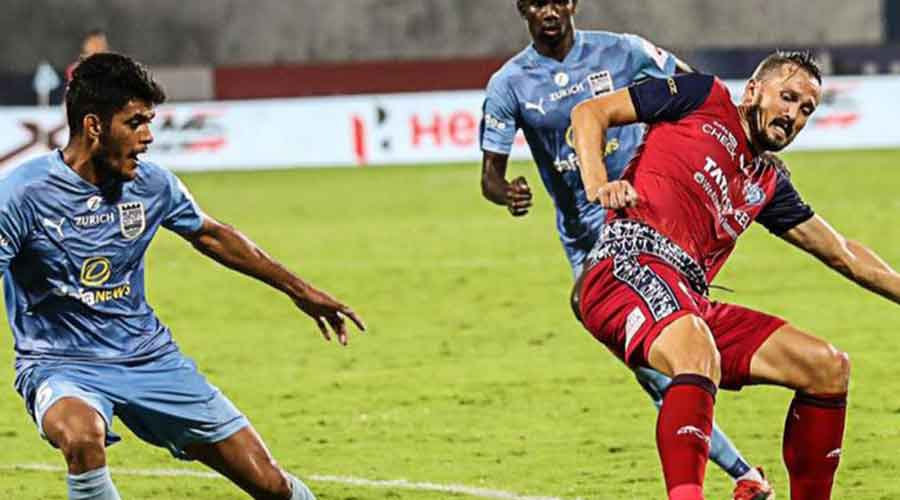 Football Sports Development Limited (FSDL) on Monday announced fixtures for the first 11 rounds of the tournament which will be played at three stadiums in Goa.

The tournament starts on November 19 with a match between ATK Mohun Bagan and Kerala Blasters FC at Jawaharlal Nehru Stadium in Fatorda.

In their second match, the Men of Steel will square off against hosts FC Goa at Athletic Stadium in Bambolim on November 26 before taking on Hyderabad FC at the same venue on December 2.

The Tata Steel-owned club's next engagement is versus ATK Mohun Bagan at Athletic Stadium in Bambolim on December 6 after which the team travels to Fatorda to cross swords with Mumbai City FC on December 9. Jamshedpur will face Odisha FC at Tilak Maidan on December 14.

The Owen Coyle-mentored side will finish off their first 10 matches with a tie against Northeast United FC at Bambolim on January 6. Rest of the fixture will be announced later.

Barring the match versus Chennaiyin FC, all matches of Jamshedpur will kick-off at 7.30 pm. The engagement against Chennai will commence at 9.30 pm.

The tournament will feature 115 games.

Jamshedpur have experimented with four coaches namely Steve Coppell (United Kingdom), Cesar Ferrando and Antonio Iriondo (both from Spain) and the current incumbent Owen Coyle (Scotland) but are yet to make it to the knock-outs.

The Men of Steel will be off to Goa for the pre-season at the end of this month or first week of October.

“We have stitched out a crack unit with some solid players with proven track records. We are hopeful of positive results this time,” a team management member said on condition of anonymity.