Failure attributed to Valskis' off-form in front of the goal 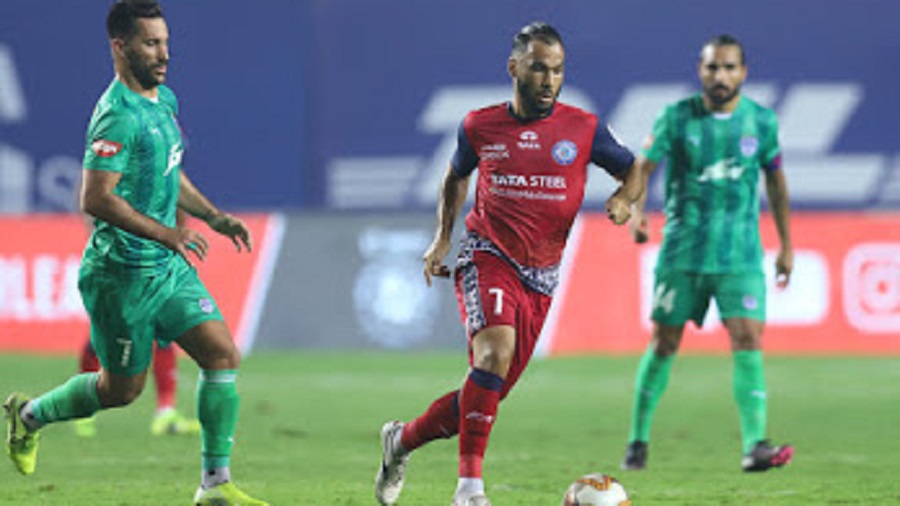 Jamshedpur FC entered the Indian Super League 2020-21 field with an impressive package -- a high profile and successful coach, a goal machine and a cool-headed captain.

It was anticipated that the Men of Steel would come up with a solid show with some even predicting a trophy finish.

But all expectation was busted with the Tata Steel-owned club failing to reach the top four for the fourth time in succession.

Jamshedpur finished their ISL VII engagement with a 3-2 win over Bengaluru FC in Goa on Thursday. The club stood sixth with 27 points (20 matches, seven wins, as many loses and six draws) in the cash-rich tournament.

Jamshedpur FC made their ISL debut in 2017-18 season  and experimented with four coaches (Steve Coppell, Cesar Ferrando,Antonio Iriondo and Owen Coyle) in a bid to make the club qualify for the knock-outs. But the experiment failed even though much was expected from Scotland-born Coyle who helped bottom-placed Chennaiyin FC finish runner-up after taking over mid-way through the last ISL edition.

In a desperate bid to materialise their dreams of topping the ISL ladder, JFC had stitched out a strong unit with players of proven track record. The likes of Lithuanian forward Nerijus Valskis, Nigerian defender Stephen Eze, English defender and captain Peter Hartley, Brazilian central mid-fielder Alex Lima and a clutch of of Indian players, including mid-fielder Amarjit Singh Kiyam, defender Jitendra Singh and experienced goalie TP Rehenesh to name a few. Yet, the bottomline said a different and disappointing story.

Last season's Golden Boot winner Valskis,who followed head coach Coyle to Jamshedpur camp from Chennaiyin FC, did show some glimpses of his brilliance at the beginning of the tournament but seemed a bit out of colour in the latter half and was found wanting in converting some swifts feeds from the wings and centre.

“We can take some positives from this season, but there are also areas that we need to get better at. I know where we need to improve and what we need to do,” said head coach Coyle.

“We have improved a lot. When you look at the quality of the games that we have played [compared to the last season], there is no doubt that the improvement is there for everyone to see.”

About the win against Bengaluru FC,Coyle said:"The important thing is to win the three points. This is a tough league to win games as every match shows. We finished the season with four wins out of [last] six. We showed our qualities with three goals. We could have added more."

Members of Red Miners. the official JFC fan club, were disappointed at the club's show. "We didn't expect a sixth place finish. In fact, we were expecting a play-off spot and further," said Sheikh Imran, one of the members.