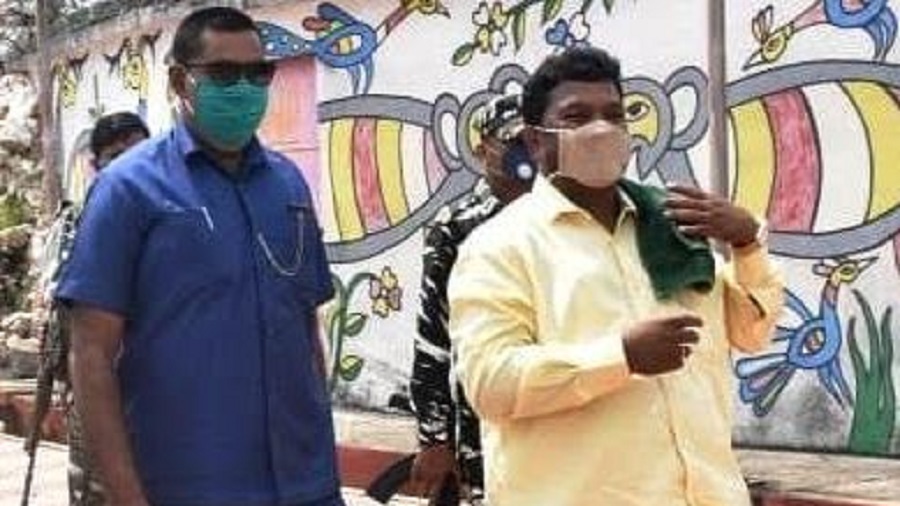 State education minister Jagarnath Mahto tested positive for Covid-19 on Monday and was taken to Rajendera Institute of Medical Science (RIMS) in Ranchi after doctors treating him felt his blood saturation level was a concern.

According to the medical officer of the Nawadih community health centre, Dr Kameshwar Mahto, a district health department team reached Mahto’s residence at Bhandaridah at Chandrapura Block after he complained of breathing problems accompanied by bouts of coughing and vomiting.

“A rapid antigen test revealed he was Covid positive after which it was decided to shift him to RIMS for better treatment,” said civil surgeon Dr A.K Pathak.

Dr Kameshwar Mahto said they found the minister’s sugar and BP levels to be normal. “But his saturation level had decreased because of which he was immediately shifted to RIMS," said the medical officer.

The minister was taken to Ranchi in a government 108 ambulance, he added.

Soon after testing positive, minister Jagarnath Mahto sent out a tweet from his official twitter handle. “Dear friends, my report came positive in the corona test, for which I am admitted to RIMS. Those who have come in contact with me in the past few days, this is my appeal that you all should go for the corona test”.

In another tweet, he said, “friends, I have been feeling a little sick for the last few days and going to RIMS for treatment due to which all my programmes remain cancelled”.

The district health department has started contact tracing to identify people who may have met or been with the minister in the past few days. The authorities have also asked members of the JMM district unit to undergo Covid-19 tests immediately.