Advertisement
Home / Jharkhand / In Ranchi for a shoot, Taapsee falls in love with its food and stadiums

In Ranchi for a shoot, Taapsee falls in love with its food and stadiums

Actor tweets about her experience in capital, CM thanks her 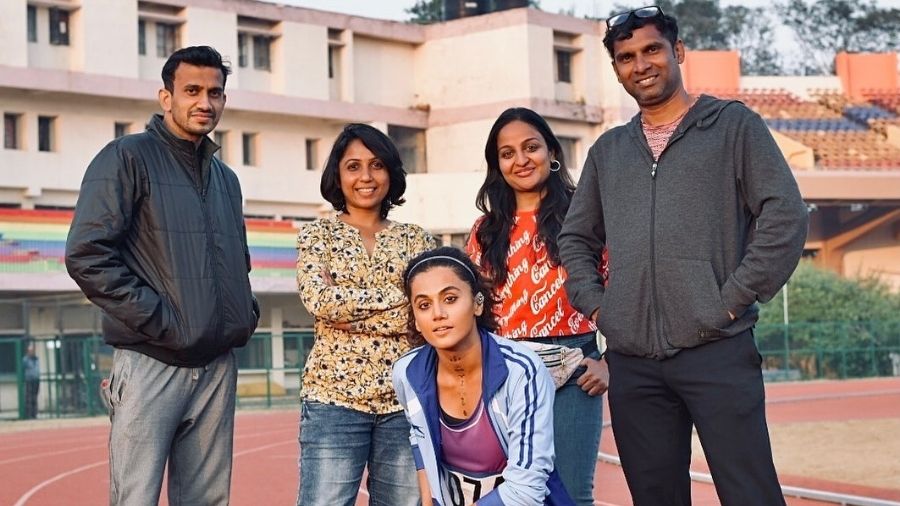 Bollywood actor Taapsee Pannu discovered her newfound love when she visited Ranchi and had litti-chokha, a popular Bihari cuisine found across city streets. Not only the food, but the  world class athletics track and stadiums at the mega sports complex in Ranchi’s Khelgaon and Morabadi had her heart when she visited the city to shoot for upcoming film Rashmi Rocket.

As she returned after wrapping up the four-day shoot in Ranchi, the Pink actor tweeted, “What a wonderful experience to shoot in Ranchi,Jharkhand. My first time in the city and taking back some really good memories and an after taste of litthi chokha”.

Directed by Aakash Khurana, Rashmi Rocket traces the journey of a runner in Gujarat’s Bhuj, Rashmi Kheera, who defies all odds to represent India in the 2015 Asian Games. The film also explores Rashmi’s transformation from a girl belonging to a humble background to a national-level athlete.

Taapsee, known for her bold and unconventional role, plays the titular character in the movie.

Sources in the state IPRD department said that the Ranchi leg of shooting was done over four days, which got wrapped up on Wednesday night.

“The shooting was done at Birsa Munda football stadium in Morabadi and athletics stadium in Khelgaon. It was kept tightly under the wraps to prevent any crowding situation, especially in the wake of covid-19 pandemic,” an IPRD official, who wished to remain anonymous, said.

About half a dozen athletes from the state too were hand-picked randomly for shooting in Ranchi by the film crew, officials in state athletics told The Telegraph Online. Sashank Singh, co-treasurer of Jharkhand Athletics Association (JAA), who is playing the role of a commentator, said that working with the team will remain in his memories.

“I got the role just by chance. Three days back when the film crew came to Khelgaon stadium, a state level meet was underway. I was doing commentary since our regular commentator didn’t turn up that day. The director liked my voice and requested me to do a small commentary for the shoot. I readily agreed,” said Singh.

“Here, we shot about a state level meet in Gujarat where Rashmi debuts from Bhuj and how she ends up winning starting as an underdog,” he added.