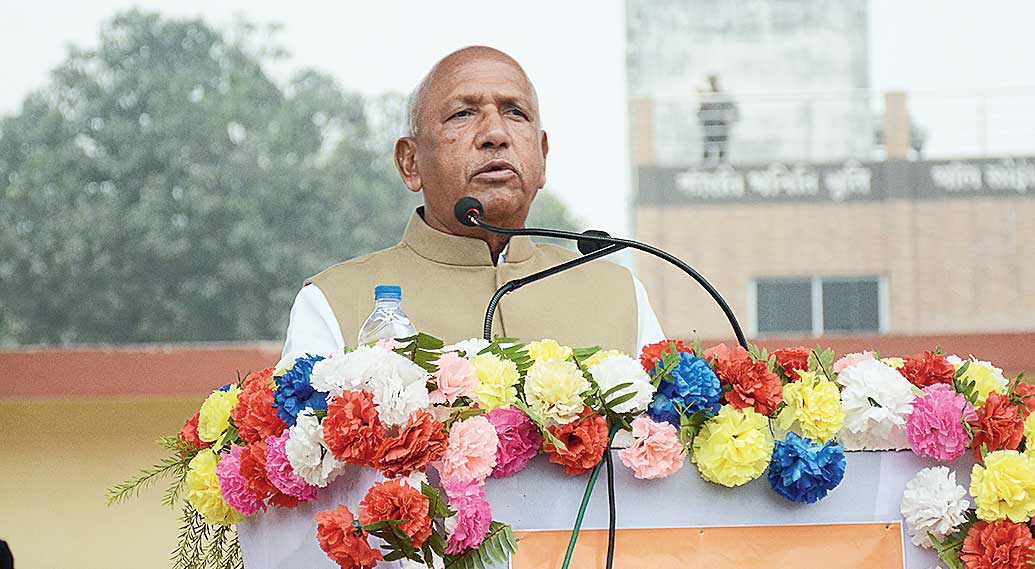 State food and civil supplies minister Saryu Roy, who unfurled the Indian Tricolour at the district administration’s R-Day event at Gopal Maidan in Jamshedpur on Saturday, hailed India’s transformation globally from the so-called land of snake-charmers to one of the fastest growing economies.

“This has not happened in a day. We must remember and respect those people who have struggled to make India reach where it is today,” Roy said, but urged all not to forget the challenges that came with development such as global warming and climate change.

“The need of the hour is to make policies to make the planet thrive. So far, we have only thought about ourselves. The time now is for holistic growth,” he told the gathering that included East Singhbhum DC Amit Kumar, SSP Anoop Birtharay, city SP Prabhat Kumar, DDC B. Maheshwari, freedom fighters and their kin, students and others.

The minister also honoured 30 freedom fighters or their spouses with shawls.

“On the first Republic Day in 1950, Jehangir Ghandy hoisted the national flag here,” Paul remembered. “In all these years, from being the first steel plant of the country, Tata Steel has come a long way. Tata Steel has always believed in a clean and green India,” he said. Jusco managing director Tarun Daga too unfurled the Tricolour.

Six NSS students from Jharkhand took part in the Republic Day parade in New Delhi out of which two students, Pinaki Ranjan Panda and Chhavi Kumari, were from Karim City College in Jamshedpur.