At least 1,200 home owners affected; mayor calls for even more time in view of pandemic 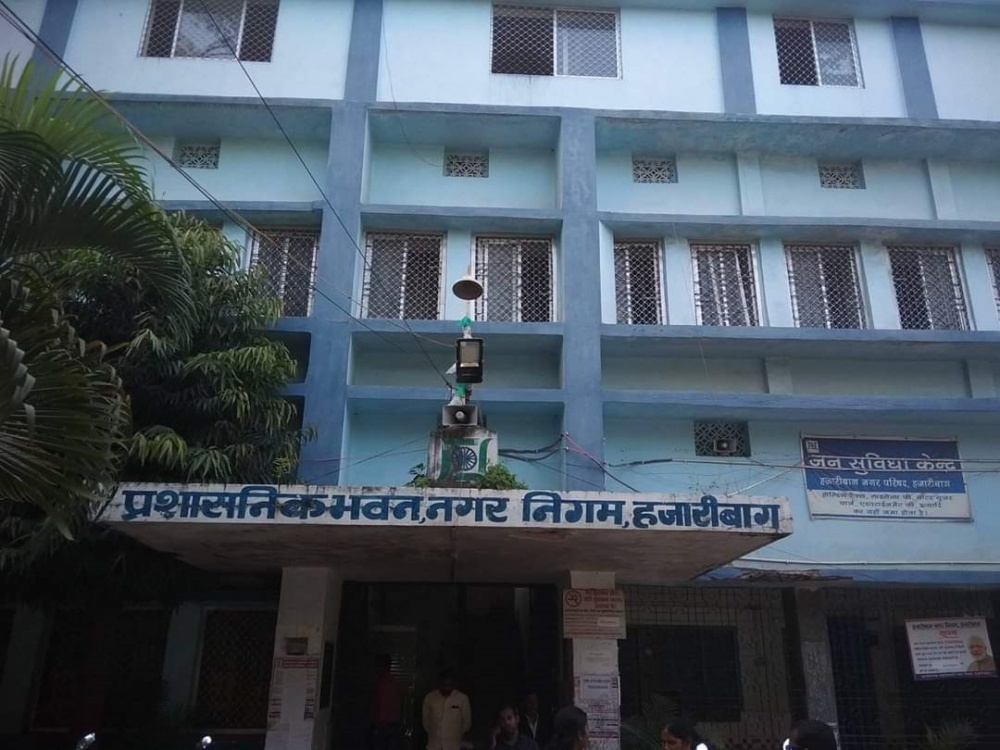 The administrative block of the Hazaribagh Municipal Corporation. The fine applies to at least 1,200 home owners who failed to pay the tax within the two-month window given by the civic body
Picture by Vishvendu Jaipuriar
Vishvendu Jaipuriar   |   Hazaribagh   |   Published 09.06.20, 05:07 PM

Holding tax defaulters in the city for the financial year 2020-21 will now have to pay it along with a 14 per cent fine.

The fine applies to at least 1,200 home owners who failed to pay the tax within the two-month window given by the Hazaribagh Municipal Corporation, which had allowed city residents to deposit the tax for the last financial year till May in view of the lockdown, said Sujeet Mishra, who is in charge of the Jan Suvidha Kendra, which collects municipal tax.

According to Mishra, around 26,000 households in Hazaribagh pay the holding tax annually. But for the last financial year, 2,600 of them did not pay and were enlisted as defaulters. With the two-month relaxation, however, 1,400 paid up.

He said the remaining would now have to pay the amount with 14 per cent fine.

Roshni Tirkey, the Hazaribagh mayor, said she was also against slapping of fines on defaulters considering the Covid-19 pandemic and the economic crisis.

She said she was in favour of giving the defaulters even more time. “We will pass a resolution in this regard and send it to urban development department for their nod,” she added.

Sources indicated that most ward councillors in Hazaribagh were in favour of giving a relaxation to the residents as was done by the Ranchi civic body.

They said they would raise the issue at the standing committee meeting of the corporation and mount pressure so as to get it passed here.

Ward councillor Anil Prasad said the coronavirus pandemic had affected all, both poor and rich. He called for relief this year.