'If anyone tries to accumulate development funds and put it in their pockets, he/she will be sent behind the bars' 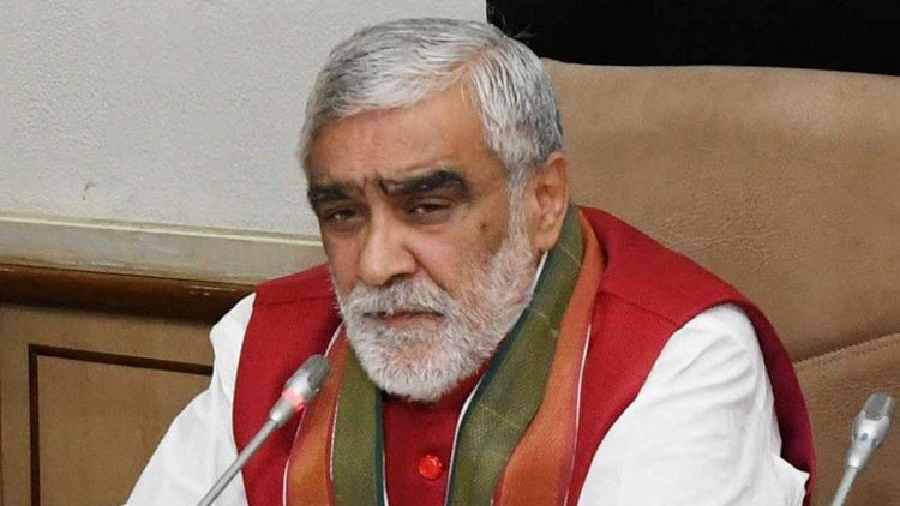 Union Minister Ashwini Kumar Choubey Monday said a high level investigation is on against several politicians and government officers who are allegedly linked to corruption in Jharkhand and the Centre will conitnue its "jihad" against such acts wherever required.

He claimed that the Centre has reports of rampant loot and corruption in two-and-half years in Jharkhand since the JMM dispensation came to power. Several officers and politicians have been reported to be indulging in corrupt practices in the state and the Centre is keeping a vigil on them, he told reporters here.

"Welfare and development funds meant for development is public money. If anyone tries to accumulate it and put it in their pockets, he/she will be sent behind the bars," the central minister asserted.

Those involved in corruption will be identified soon and action will be initiated against them, Choubey the union minister of state for consumer affairs, food, public distribution and environment told reporters here. after paying his obeisance at the famed Chhinamastika temple at Rajrappa.

Choubey's assertions come close on the heels of the arrest of Jharkhand mining secretary Pooja Singhal by the Enforcement Directorate in a money laundering case linked to alleged embezzlement of Mahatma Gandhi National Rural Employment Guarantee Scheme funds in Khunti and other suspicious financial transactions.

Answering a question, Choubey said there will be no delay in giving the nod to coal companies for mining if the projects do not affect environment and ecological balance.

"We tranfer forest land for mining activities following recommendations from the state governments concerned, which should be environment friendly," Choubey added.