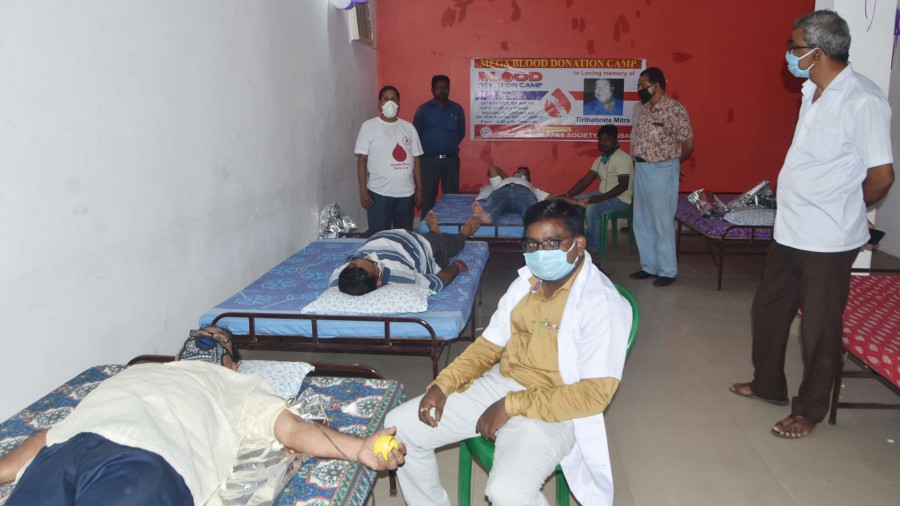 A blood donation camp was organised at Geeta Shree Bhavan, Durga Mandir, in Hirapur, Dhanbad, on Sunday by the Bengali Welfare Society in memory of member Tirthabrata Mitra who died of Covid-19. Twenty-six units of blood were collected.
Gautam Dey
Our Bureau   |     |   Published 16.08.20, 11:18 PM

Hazaribagh sadar subdivisional officer Megha Bhardawaj suffered minor injuries on Sunday when her official SUV overturned on the Ranchi-Patna highway (NH-33) in Charhi, about 15km from the district headquarters.

Bhardawaj, a 2016 batch IAS officer, was referred to Ranchi for treatment.

A Charhi police officer said Bhardawaj was on way to Ranchi when the accident took place around 1 in the afternoon. He said the driver veered to avoid a collision with a speeding vehicle and lost control. The SUV hit a divider and overturned near Fauzi Hotel in Charhi.

Local people gathered on the spot and informed the police following which Bhardawaj, her bodyguard and driver were pulled out from the vehicle. They were taken to the government health centre in Mandu.

On Saturday, the Congress MLA from Barkagaon escaped unhurt when her car rammed into an escort vehicle which had stopped suddenly to avoid running over some buffaloes.

In another accident in Ramgarh district late on Saturday, a truck carrying pipes to Ranchi overturned in Kejhia Ghati in the Dulmi police station area, killing driver Khesari Singh on the spot. It took four hours for the police to extract the injured cleaner from the damaged vehicle.

The cleaner has been identified as Dablu Kumar. He is hospitalised. 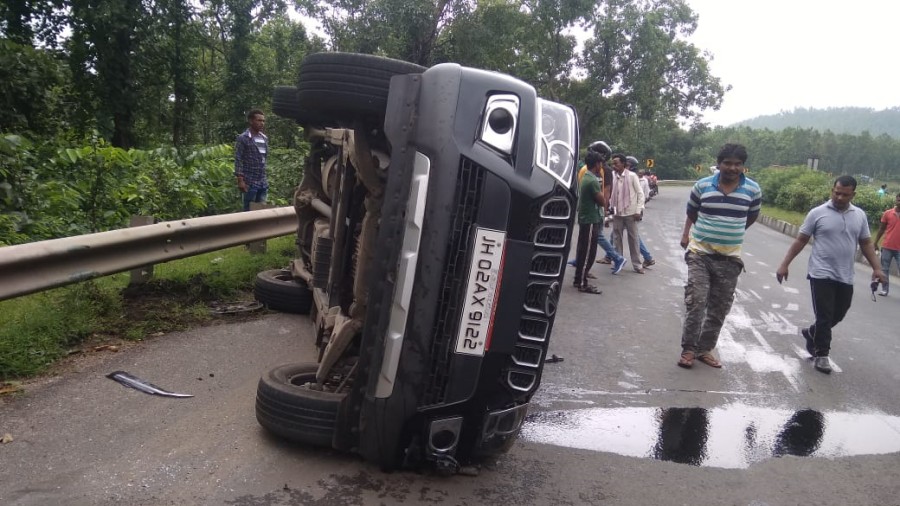 The police line ground at Sector-12 in Bokaro has been named after martyr Ranjit Mahto. The state education minister, Jagarnath Mahto, made the announcement at an Independence Day event on the ground.

The minister paid rich tribute to those who have sacrificed their lives for the country. He said the government will develop the ground by building a shed and conducting a beautification drive. Deputy commissioner Rajesh Singh, superintendent of police Chandan Jha and other officials were present on the occasion. 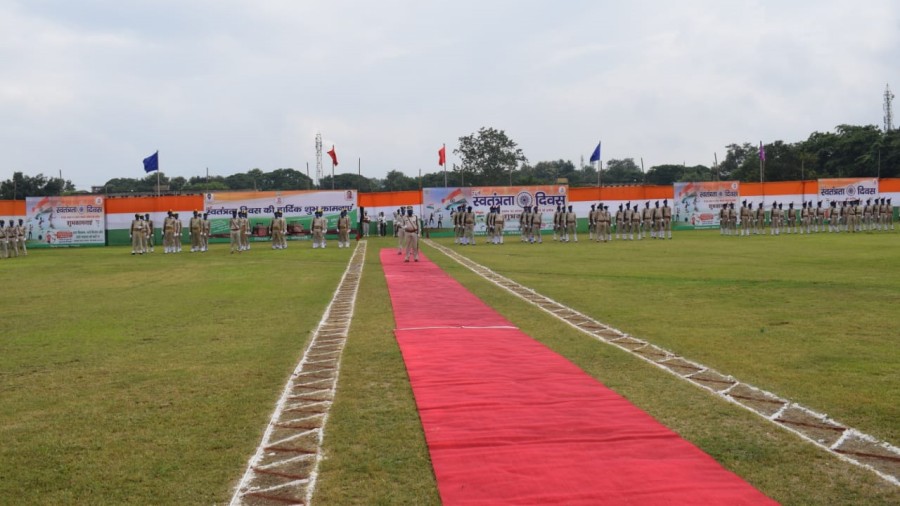 In a first for the Bokaro Steel Plant (BSL), the Independence Day celebrations were held without the CEO. The executive director, project, Rajiv Khuswaha, hoisted the tricolour. Harinand Rai, the in-charge CEO, was not in town.

The post of BSL’s CEO has been lying vacant for the past eight months.

The celebrations which used to be organised at M.K.M. Stadium every year were shifted to Ispat Bhawan due to the Covid-19 pandemic.

Khuswaha felicitated “Covid warriors” and awarded CISF and BSL employees for their exemplary work. He also announced plans to enhance production to 6 million tonnes from the existing 4.5 million tonnes in the next three years. A pellet plant with a capacity of 4 million tonnes will also be set up in Bokaro. 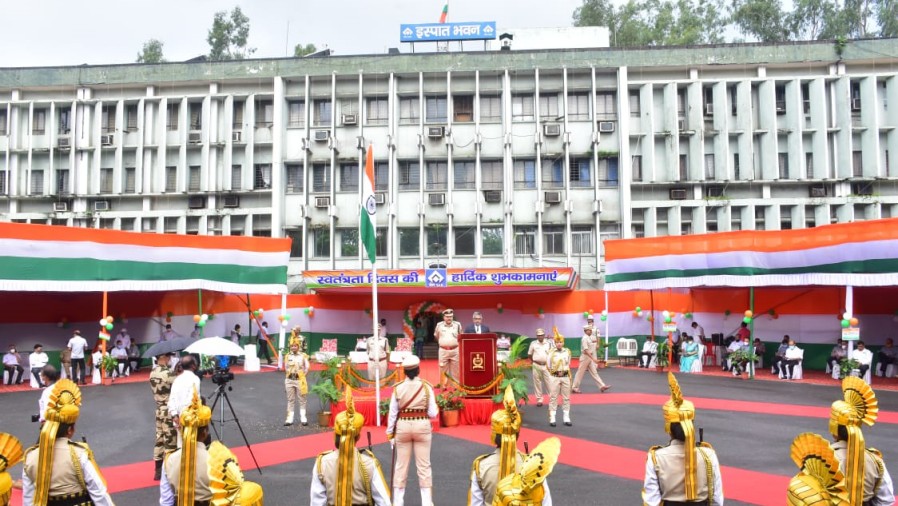 Garhwa police late on Friday night arrested a wanted criminal who was in hiding in Chatra.  Satyendra Paswan, alias Satya, was wanted in 13 cases by the police in Garhwa and Bihar’s Aurangabad. He had changed his name and was operating his gang over the phone, the police said.

A team led by subdivisional police officer Bahman Tuti conducted a raid in Chatra after a tip-off. 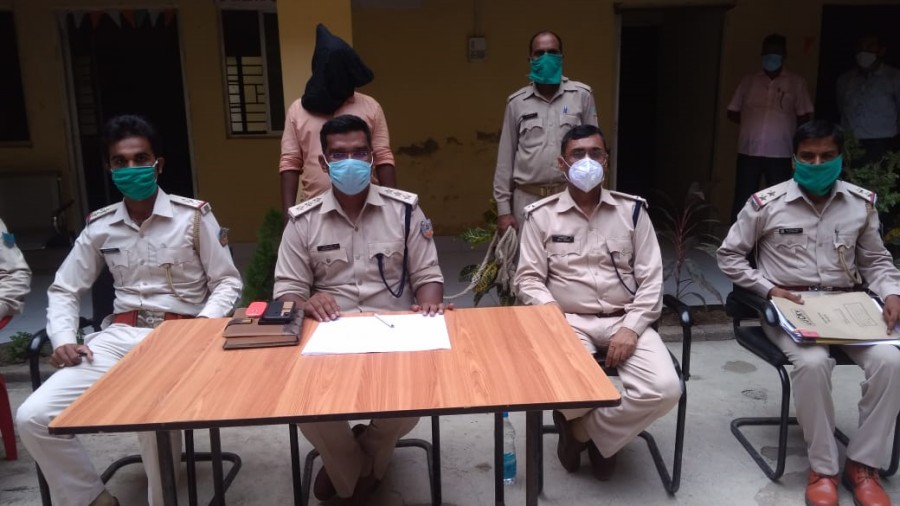