According to police officials, serious injuries were present on the head and face of Birendra, hint at the possibility of the victim being tortured and then strangulated 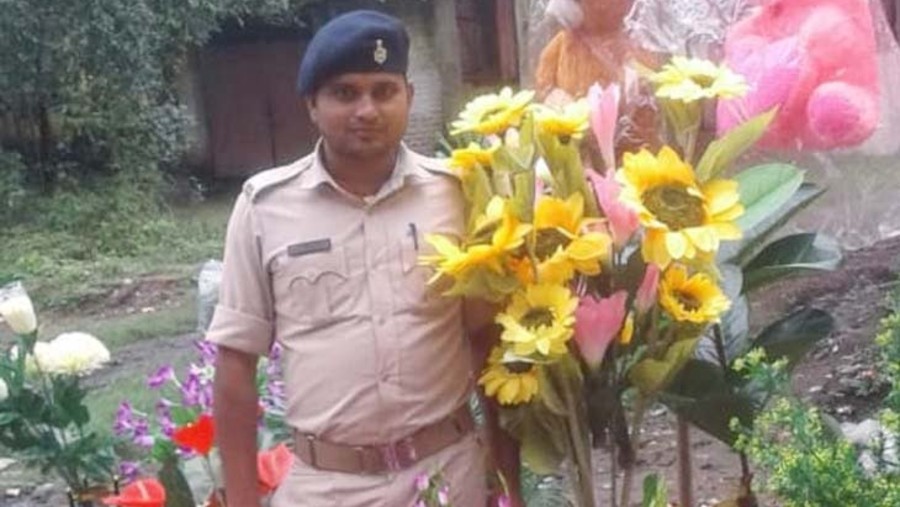 Twenty-eight-year-old police personnel of Hazaribagh district police was mercilessly murdered in Ichak block on Wednesday.  The recovery of his dead body near a school, which is barely 20 kilometres away from the district headquarter make top police officials reach the spot and launch an immediate investigation to get more clues in this blind case.

Birendra, a resident of Deepugarha area of the town, used to work as a driver with Hazaribagh traffic police, till he was recently posted at the police control room. Birendra was a native of Debhatauri village under the Mayurhund police station of the neighbouring Chatra district.

According to his relatives, he had returned home at around 8:30 pm. He was about to enter his residence when a few people from an SUV parked near his house called him. Birendra, without telling anything to his family, when away with those men, still dressed in his uniform.

Around 9 pm, his family discovered that his mobile was switched off. Much later his dead body was found 20kms away from his house.

Superintendent of police Karthik S and DSP Amita Lakra reached the spot with other officials and began an investigation. According to police officials, serious injuries were present on the head and face of Birendra. They even hinted at the possibility of the victim being torture and then strangulated.  “But we will wait for the post-mortem report before reaching any conclusion,” they said.

Later in the evening, the police arrested a person on suspicion, in connection with this case. His interrogation is on.

According to his relatives, someone close to Birendra had killed him. Officer-in-charge of Ichak police station, Devendra Kumar, said that his killers would be nabbed, soon.