We provide free shelter for up to seven days to those living under the open sky: Saraidhela shelter home caretaker 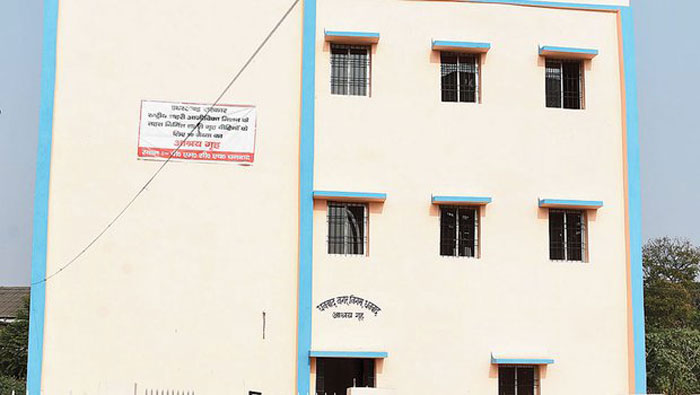 Rajesh Malhar, 33, a daily wage earner working at construction sites is homeless and lives on the roadside with his wife and four children.

But with the mercury plunging below 10°C for the past week, Rajesh and his family are taking refuge in the shelter home of Dhanbad Municipal Corporation at Saraidhela.

Rajesh told The Telegraph that they could afford a rented shanty earlier when his parents were alive and contributed to the family income. “After their death, my sole income isn’t enough to rent a shanty so we live on the streets. But this winter is hard and the shelter (of the municipal corporation) is a godsend.

“My four-year-old son had fever. Staying out would have been a disaster. I will leave as soon as my son recovers,” he said.

A 40-bed, three-storey shelter home with four large halls, a canteen, a store room, caretakers’ room and a first-aid centre was built in 2018 by the Dhanbad Municipal Corporation under the National Urban Livelihood Mission with the aim of giving temporary shelter to homeless destitutes.

The shelter home is managed by an NGO, Safe Approach, hired by the urban development department.

Mukesh Jha, caretaker of Saraidhela shelter home, said: “We provide free shelter for up to seven days to those living under the open sky. As this is close to the PMCH (government hospital), many homeless people who come for treatment stay here. However, we don’t provide food.”

He added that darkness due to frequent power cuts was the only problem here.

Dhanbad mayor Chandrashekhar Agarwal said they would arrange an inverter for power back-up. He added that they also operated a similar shelter near Golf Ground.