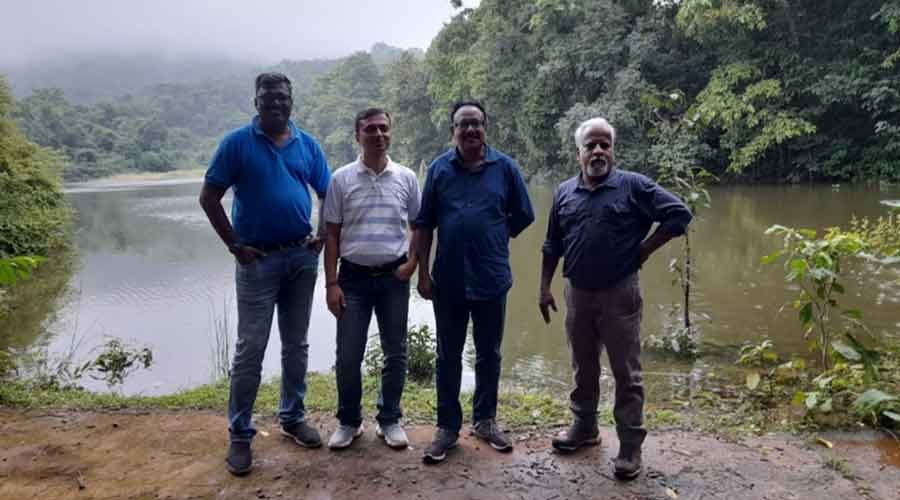 A four-member central team completed a four-day inspection of the Dalma wildlife sanctuary on Sunday.

Led by Hari Kumar, a retired IFS officer of the Kerala cadre, the team had been to the sprawling Dalma hills on the instruction of the Wildlife Institute of India (WII) for carrying out monitoring and evaluation of the sanctuary.

The team had arrived at the Dalma hills on Thursday and finished its inspection on Sunday morning.

Revealing about the central team's visit, divisional forest officer, Dalma wildlife sanctuary, Abhishek Kumar said that the kind of inspection that the central team carried out is being done at all the sanctuaries across the country.

"The WII is the nodal agency of the sanctuaries across the country and the central team had been to the Dalma sanctuary for carrying out the morning and evaluation of the sanctuary so as to suggest what else can be done for the development of it," the DFO said to The Telegraph Online.

Kumar pointed out though the central team will give its opinion about the Dalma sanctuary at a later stage, it has suggested to make the sanctuary more eco-friendly.

"The central team has suggested to develop villages surrounding the Dalma hills so that the people living there may not have to depend on the hills for making their living," said the senior forest officer.

Spread over an area of 189 square kilometers, Dalma wildlife sanctuary is home to over 150 elephants. Apart from the wild elephant population, the sprawling hills close to Jamshedpur, is also home to a varied species of deer, monkey and python beside other wild animals as well as birds.