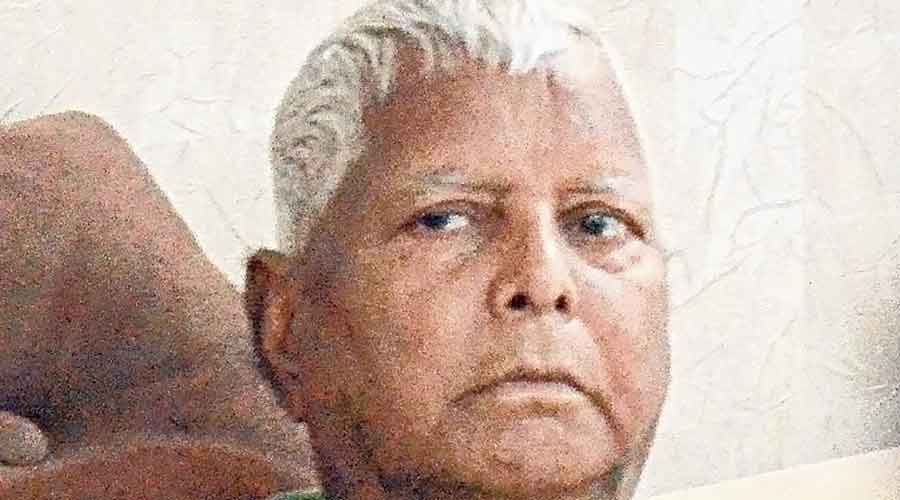 A special court of the CBI in Ranchi on Monday sentenced Rashtriya Janata Dal (RJD) leader Lalu Prasad to five years in jail and slapped a fine of Rs 60 lakh in the Rs 139.35-crore Doranda treasury embezzlement case.

Lalu was convicted in the 1996 case on February 15. The case involves the illegal withdrawal of Rs 139.5 crore from the Doranda treasury, as part of the fodder scam when he was the chief minister of Bihar.

Lalu joined the hearing virtually from the Rajendra Institute of Medical Sciences (RIMS) Hospital in Ranchi where he has been admitted under judicial custody from Hotwar Jail in Ranchi after his conviction last week.

CBI special court judge S.K. Shashi had completed the hearing against 99 accused, including Lalu, which was underway since February last year. Arguments on behalf of the last accused, Shailendra Kumar, were completed on January 29.

So far, Lalu has been sentenced to a total of 14 years in prison, but is out on bail in the four cases in which he had been convicted.

The scam came to light in January 1996 after a raid at the animal Husbandry department. The CBI named Lalu as an accused in June 1997.

The agency framed charges against Lalu and former Bihar chief minister Jagannath Mishra. In September 2013, the trial court convicted Lalu, Mishra and 45 more in one of the cases related to the fodder scam and Lalu was sent to Ranchi jail.

In December 2013, the Supreme Court granted bail to Lalu but, in December 2017, the CBI court found him and 15 more guilty and sent them to Birsa Munda prison.

Lalu has spent more than half of his total sentence in jail. On this basis he was granted bail.

One more case linked to the fodder scam is pending before the CBI court in Patna. The case deals with the illegal withdrawal of money from the Bank-Bhagalpur treasury.