Flights to Calcutta resume ahead of Durga Puja

No direct trains to Howrah yet, bus services suspended too 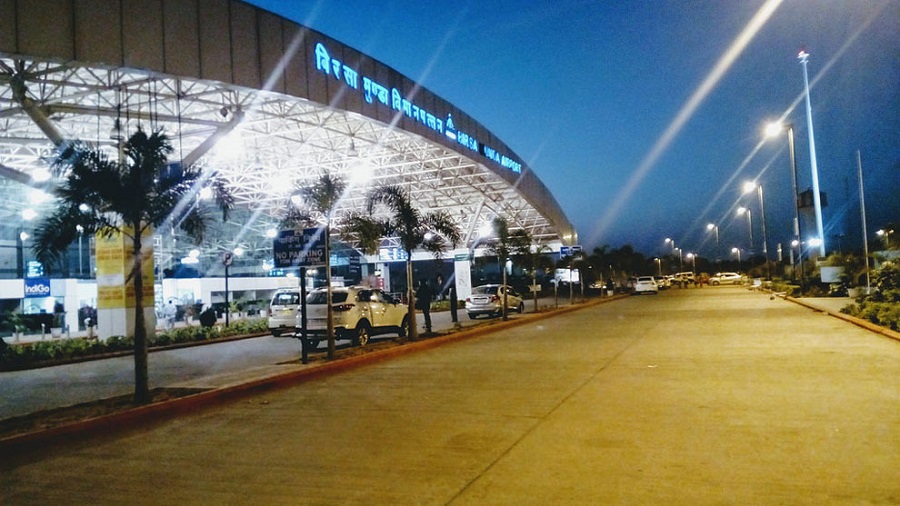 Airport authorities in Ranchi have resumed flight services to Calcutta ahead of Durga Puja, one of the largest festivals of the Bengali community during which thousands of residents of Jharkhand travel to Bengal, officials said on Saturday.

“We have resumed four weekly flights to Calcutta ahead of Durga Puja. A high demand for flights is anticipated during the festive season,” said director of Birsa Munda Airport in Ranchi Vinod Sharma.

Sharma added that the new flights to Calcutta would take off from Ranchi on Tuesdays, Wednesdays, Saturdays and Sundays. All the four flights are run by Indigo Airlines, he said.

All flights from Ranchi remained suspended since the imposition of a nationwide lockdown on March 24 in the wake of the Covid-19 pandemic. Once flight services resumed on May 25, the Ranchi airport was permitted to operate only seven flights, airport officials said.

While the count of flights gradually increased to 10 by August-end, the number was still less than half the number of flights that took off from Ranchi before the lockdown. Also, there were no flights to Calcutta.

“We have also resumed passenger flights from Ranchi to Mumbai. Flights to New Delhi, Bangalore and Hyderabad were already operational after the resumption of air services,” said Sharma.

While Jharkhand residents now have the option to fly to Calcutta during Durga Puja, railway services connecting Ranchi to Howrah have remained suspended despite demands by various groups. The government has not given any indication regarding the resumption of passenger trains from Ranchi to Howrah.

The public relation officer of Ranchi Railway Division, Neeraj Kumar, said there was no plan to resume trains connecting Ranchi to Howrah in the near future. “However, passengers can travel to Dhanbad or Jamshedpur and take connecting trains to Howrah during the festive season,” said Kumar.

The Federation of Jharkhand Chamber of Commerce and Industry (FJCCI) recently demanded resumption of the Kriya Yoga Express, a daily express train between Ranchi and Howrah. However, the railways is yet to take a call on their demands.

Interstate bus services are yet to start, and no buses are plying between Ranchi and Calcutta as of now.