Family of dead minor beat up junior doctor in Daltonganj

Ramashankar Kumar says a man started assaulting him without provocation 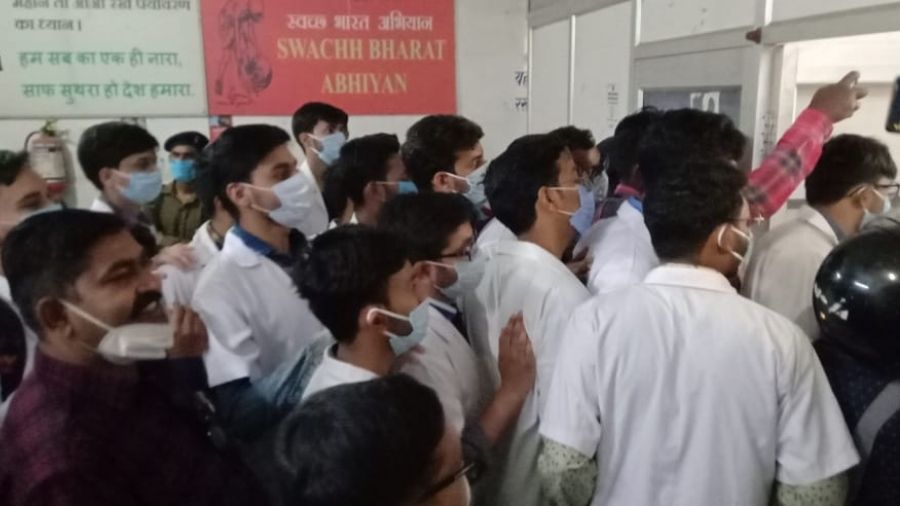 Around 15 to 20 people on Tuesday beat up a junior doctor on duty  in the emergency room of the Medininirai Medical College hospital in Daltonganj after he declared a patient as brought dead.

The doctor, Ramashankar Kumar, said he had even performed an ECG on the 13-year-old girl to confirm the death when she was brought at around 6:30 in the morning but one of the men who had come along started beating him up without any provocation.

Daltonganj OC A K Mahatha said they have  registered the case under various sections of the IPC against unidentified people, based on Kumar’s written complaint. The police have assured the doctors that they will make an arrest within 24 hours.

Mahatha said that the girl had died by suicide in her Hamidganj residence on Tuesday morning.

Following the assault, the family of the girl fled from the hospital to cremate her body but went back to the hospital to hand it over for postmortem after police convinced them to do so.

However, the situation continued to deteriorate when junior resident doctors refused to perform an autopsy on the body, even after their seniors tried to pacify them.

The family, too, started demanding the body be given to them for the last rites if postmortem couldn’t be done, making the situation more tense.

Police ultimately brought the situation under control, after which senior doctors conducted an autopsy of the body.