Experts for ‘man-eater’ leopard in Garhwa and Latehar 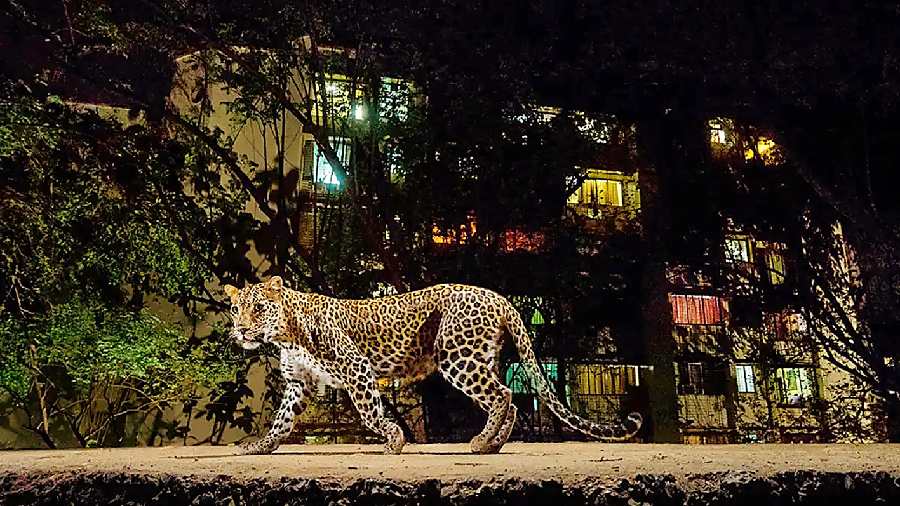 Jharkhand forest department has sought help from a three-member expert team of Sanjay-Dubri Tiger Reserve to trap the “man-eater” leopard that has been spreading terror in Garhwa and Latehar since December.

The state forest department issued an order on January 19 for shooting the leopard on the condition that “the leopard can be shot dead only as a last resort and if there is an immediate threat to life from the animal”.

The three-member team from Sanjay Dubri Tiger Reserve of Madhya Pradesh are likely to arrive in Garhwa on Sunday morning.

Regional chief conservator of forest (RCCF) and field director of Palamau Tiger Reserve, Kumar Ashutosh said: “We have got the nod from the chief wildlife warden and are in touch with the three-member expert team from Sanjay Dubri Tiger Reserve which comprises an animal veterinarian and two forest rangers. They have left for Jharkhand and would be arriving on Sunday.”

“They recently captured three ‘man-eater’ leopards in the villages of Madhya Pradesh, Chhattisgarh and we want the team to complement our team and the Hyderabad-based expert Shafat Ali Khan in capturing and tranquilising the leopard,” added Ashutosh.

“There are two patches in the forest division which have so far seen the presence of the leopard and the distance separating the two patches is over 22km. One patch is between Ramkanda and Bhandariya blocks and the other patch is adjacent to Ranka and Chinia blocks. It is changing its position on the slightest pretext of human disturbances through its smell sense and escaping the cage trap. The two teams will be located in two different patches at the same time to trap the leopard,” said Yadav.

Forest officials have set up 60 trap cameras, drone cameras and four cages to capture the animal.

Shafat Ali Khan, 64, and his son Asghar Khan from Hyderabad, who have more than four decades of tracking and eliminating wild animals when they turn dangerous for humans, arrived in Garhwa South forest division on January 4.

Natives of about 100 villages of the forest division are in panic due to the terror of the leopard. It has so far killed four children and has managed to dodge being caged or tranquilised though it has killed animals set to lure it to cages.

Odisha cabinet on Saturday decided to increase the grant-in-aid of the private colleges. The decision would benefit around 15,711 teachers and employees.

Announcing the decision of the cabinet, development commissioner P.K. Jena said: “It will come into effect with retrospect from January 1, 2022. The state will incur an additional expenditure of Rs 290 crore.”

The cabinet also approved a proposal for the allotment of two acres in favour of Bagchi-Sri Shankara Cancer Care Centre and Research Institute for the construction of a rest house for cancer patients.