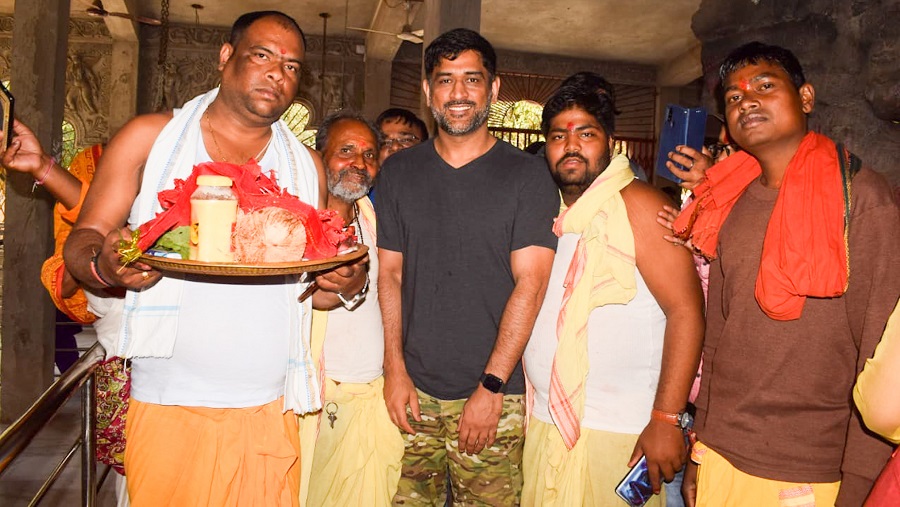 1

MS Dhoni with the priests of the temple.
Manob Chowdhary
Advertisement

Mahi, as he is popularly called, took devotees by surprise by turning up at the temple along with his childhood friend Simat Lohani aka Chittu at about 12.30pm. He stayed there for about half an hour.

Temple priest Manoj Panda facilitated special puja to the iconic cricketer who is now gearing up to return back to the 22 yards in this year's Indian Premier League (IPL) in April-May.

Earlier this month, IPL auction for 2021 got wrapped up and Chennai Super Kings (CSK) has retained Dhoni, the lone skipper to have led India to lift ICC trophies in all formats, as it's captain. Since the debut of IPL, Dhoni has been the captain of CSK and became champions thrice.

Temple sources said that during his stay at the temple, several devotees thronged for selfies and MSD acknowledged a few requests. 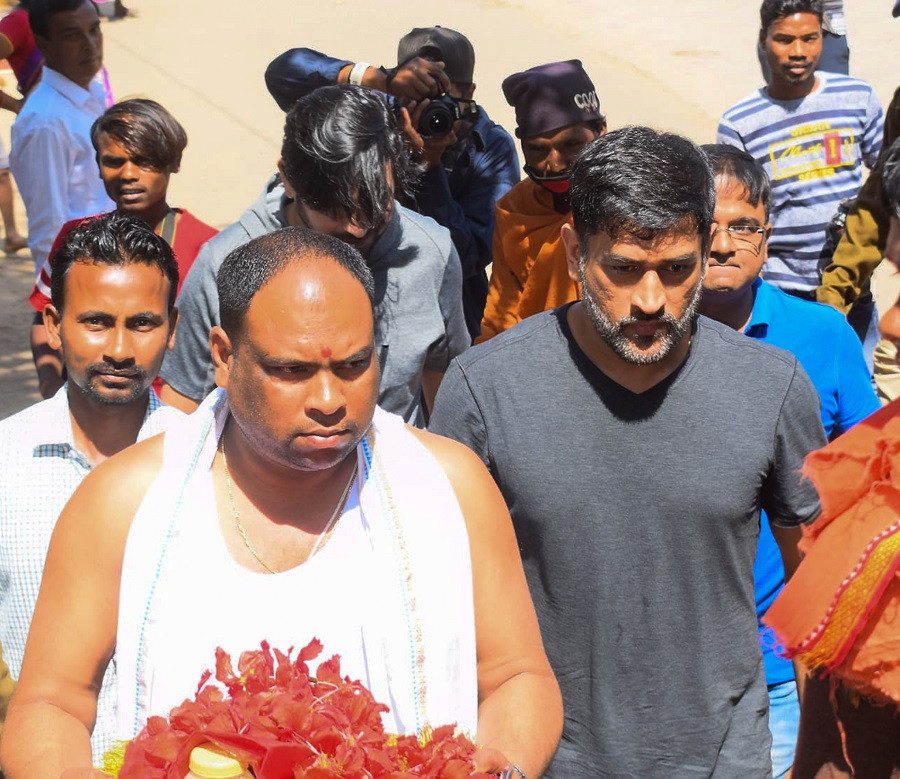 "We were aware of his visit in advance and administration was in the loop. An hour before he was to come, local police deployed additional security personnel to avoid any chaos at the temple. No matter whether he plays or not, he continues to be the biggest crowd puller," remarked a priest, unwilling to be named.

After announcing retirement last year, Dhoni found his new calling--organic farming at his 44 acre plot in Simaria on Ranchi outskirts. During the nationwide lockdown in 2020 in the wake of covid-19, he was spotted tilling his field on tractor, photos of which became an instant sensation after he hit the social media.

Dhoni's close aides maintained the soon organic watermelons will hit the markets cultivated at the cricketer's farm this summer.

"Tomatoes, cauliflower, strawberries, peas, beans and few other veggies are already selling in market for last many months at select retails under brand name of Eeja farm," said an aide.

He has also procured 2000 chicks of Kadaknath breed for poultry activities besides rearing over three dozen cows to promote dairy business.