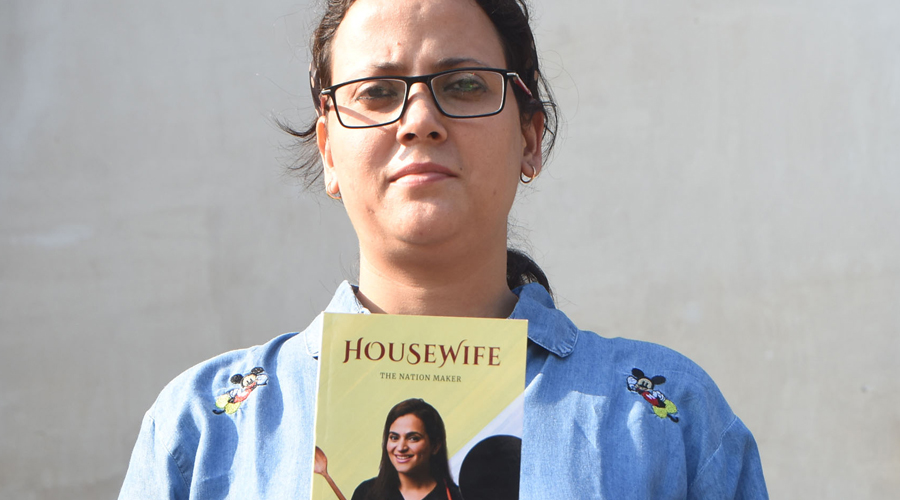 A housewife starts her day by stepping into the kitchen in the morning and continues working all day, preparing breakfast for her children and husband, arranging children’s books, washing clothes, cooking lunch and dinner, and doing other chores for the family. But her efforts often go unrecognized by members of the family.

Most housewives have the same story to tell, those who sacrifice their careers for the wellbeing of their family.

The efforts of millions of such housewives have been recognized by a working woman named Abhilasha Singh. The post graduate teacher at the English Department of DAV Public School, Koylanagar in Dhanbad, has written on the efforts of such women in the form of an English novel, titled ‘Housewife, The nation maker’, highlighting the contribution of the women in family and thereby in the nation-building.

The 84-page book, published by Indore based Orange Book Publication, would be launched at a function scheduled for November 22. It was written in two years. It highlights the role of such women who could have done much better on the professional front compared to their other family members, as they are having the requisite qualifications for plum jobs but are willingly sacrificing their careers for the family.

Talking to the Telegraph Online on Tuesday, Singh, wife of an investment banker of Tata Capital Ashok Kumar Rai, said, “While serving in school for the last 10 years, I had the opportunity to interact with more than 2,000 housemakers, many of whom are immensely talented and I am peeved to know that their sacrifice is not recognized by the family itself.”

“I was more deeply peeved over the lack of recognition of the effort of their mother by the children of the family, despite the fact that many of these women played the role of the main architect of their career and thus decided to write the novel three ago. I wrote the novel based on the life of one such mother with whom I was greatly impressed,” added Singh.

“I got dismayed witnessing one of such dedicated housewife getting humiliated by her own family members and when I asked her why she did not make her own career then she replied that as the entire family depends on her and the career of the other family members will get derailed once she stops taking care of them,” said Singh.