One lakh saplings planted on 5km stretch in a single day 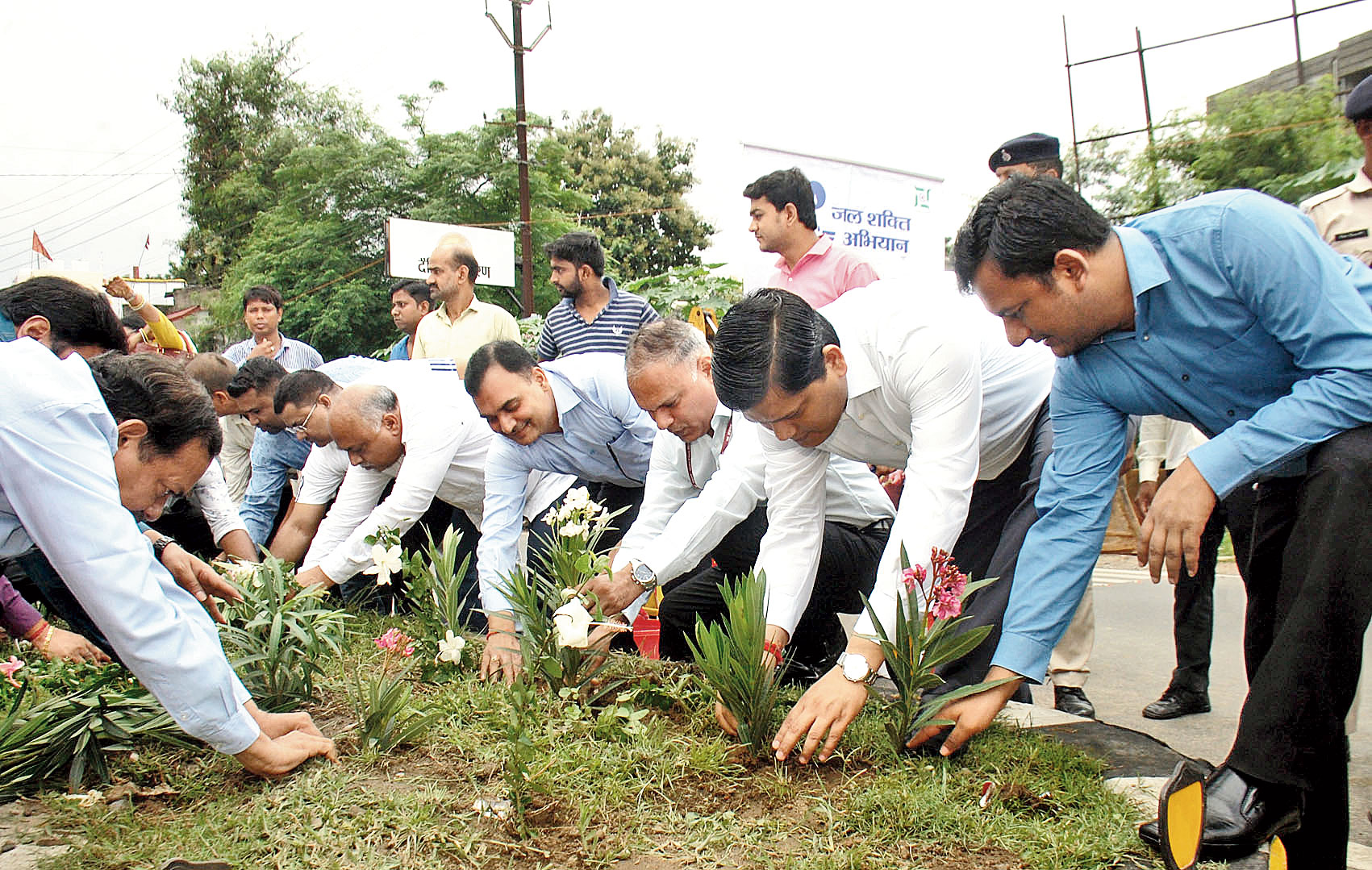 Dhanbad Municipal Corporation (DMC) in association with the district administration on Thursday conducted a massive planting drive under the Centre’s Jal Shakti Abhiyan.

Around 1 lakh saplings were planted on the divider of the 5km stretch between Memco Mor and City Centre Chowk and again from City Centre to Gol Building Chowk.

“The basic aim of the plantation drive is to make common people aware of the significance of environment conservation and water conservation measures,” Agarwal said.

City manager Kumar, who is coordinating the planting drive, said sapling of plants such as kaner, korobi, mussaenda and China Rose and croton had been planted to avoid damage by cows.

“This plants will also add to the beauty of the stretch and keep it green. Majority of the sapling planted today also have medicinal properties,” Kumar said, adding that a large number of NCC cadets and students of Government Polytechnic also helped in the drive. He said the DMC had a targeted to plant 1.25 lakh saplings under the Jal Shakti Abhiyan, which started on July 1 and will conclude on September 15.