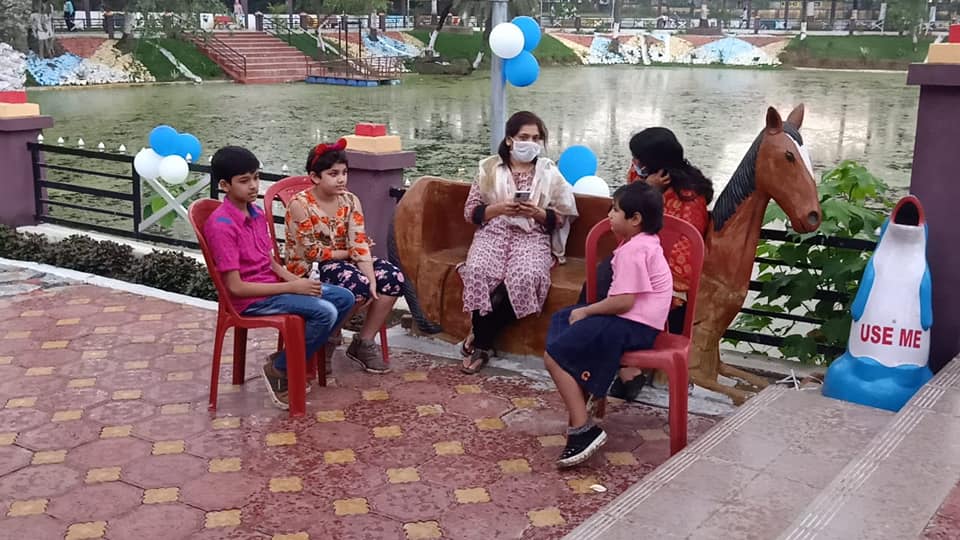 Political turmoil continued over the newly-inaugurated Simpson Park in Hazaribagh with a descendant of a freedom fighter threatening to launch an agitation if the name of the park is not changed.

Sachidanand Pandey, descendant of freedom fighter Jai Mangal Pandey, on Thursday announced to launch an agitation if the administration failed to change the name of Simpson Park. Talking to the The Telegraph Online on Wednesday, he had expressed dismay over the name.

In support of his demand, Sachidanand said former British deputy commissioner Captain Simpson was known for his brutality and was behind the hanging of 150 freedom fighters in Chatra, including Jai Mangal Pandey. Notably, Captain Simpson had ordered the construction of a pond, which has now been renovated into a park and named after him.

“I met deputy commissioner Bhuvnesh Prata Singh on this issue, requesting him to take steps so as to change the name of the park. He has assured us of the same. I am waiting for his decision now,” said Sachidanand, adding, “Otherwise I will start an agitation with my family.”

Bajrang Dal leader Sanjay Choubey lent support to Pandey, criticising the administration for giving too much respect to a British captain, who had killed many Indians.

Meanwhile, zilla parishad officials came in support of deputy development commissioner Vijaya Jadhav, who has been facing flak for not inviting some legislators to the inauguration of the park.

Barhi MLA Uma Shankar Akela had objected as to why two former MLAs, namely Manoj Kumar Yadav and Janki Prasad Yadav, were invited to the ceremony but not her and other sitting legislators. Similarly, Congress legislator from Barkagaon Amba Prasad said the MLA fund can only be used in the area under the jurisdiction of the lawmaker concerned.

Officials lashed out at the MLAs, saying that no one was bothered about the poor state of the pond before. 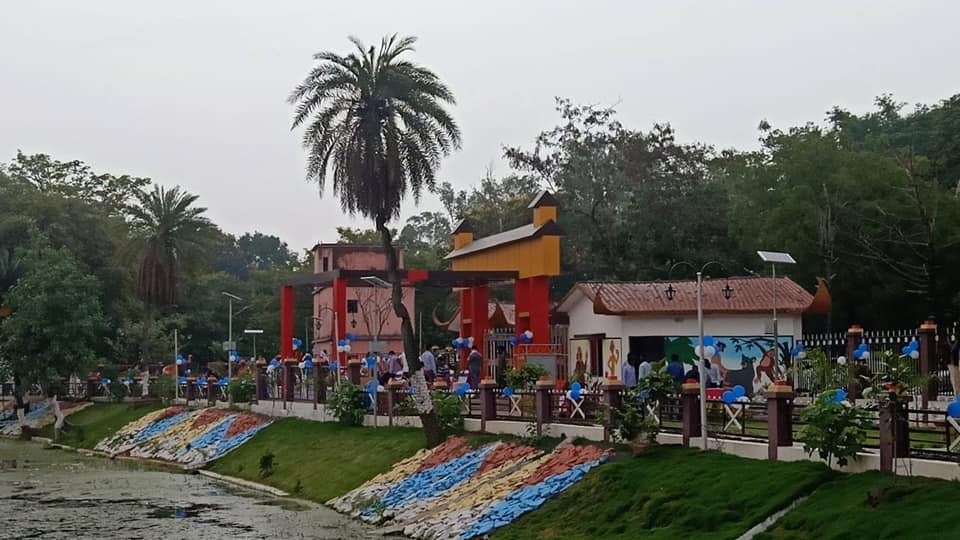 A view of the Simpson Park at Hazaribagh
Our Correspondent

Interestingly, the zilla parishad was itself not aware that it was the custodian of the park. The district municipal corporation was till October collecting revenue from meat sellers and other vendors, who had illegally encroached upon the side of the pond. The pond had turned into a waste yard even as meat sellers dumped blood from animals' carcass, turning the water red.

Soon after Jadhav joined as the deputy development commissioner, she asked the sadar circle officer to provide her with all the details related to the pond.

In letter number 2029/21.10.19, the circle officer confirmed that the 1.12-acre pond is owned by the zilla parishad. With the needed information, Jadhav cleared the encroachment and launched a cleaning and beautification drive.

Following this, she contacted elected members of the zilla parishad for financial help to convert the pond area into a park.

The park was on Sunday night jointly inaugurated by three MLAs.