Death may have occurred a week back due to old age, say officials 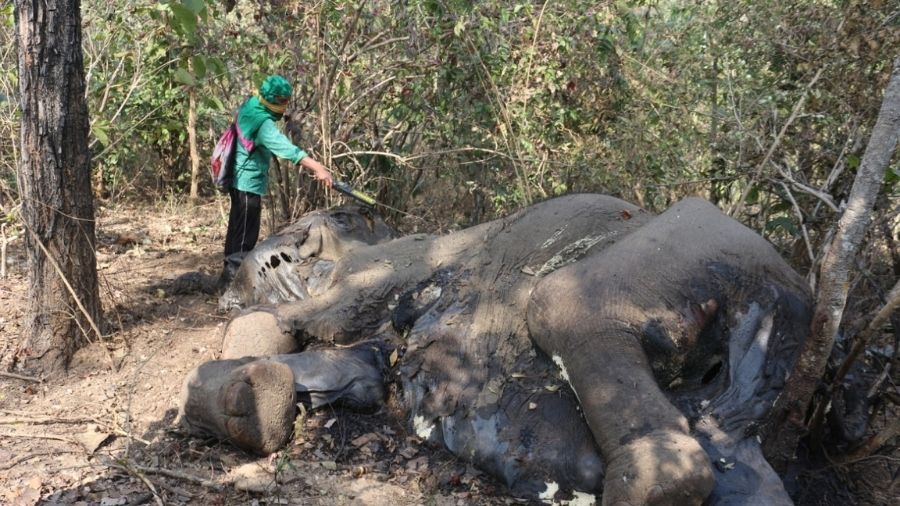 Forest officials launched a probe when the carcass of a 60-year-old female was recovered from the Ramandag forest range in compartment 3 of the south division of Palamau Tiger Reserve.

The decomposed body of the female elephant was found dead deep inside the jungle on Wednesday night, officials said on Thursday. They suspected that her death could have occured a week back, as the body was found during routine patrolling, owing to the foul smell emanating from the area.

Confirming the incident, Mukesh Kumar, deputy director of the south division of Palamau tiger Reserve, said that the body didn’t have any external injuries.

“The location where her corpse was found is too deep inside the jungles. The forest guards reached only when the odour spread, and then they found about the death,” he said.

Old age could be a reason behind the death,” said the official, adding that they are awaiting the postmortem report.

This is the second casualty of elephant of the tiger reserve within one week. On January 18 night, two wild tuskers had killed a captive elephant named Kaal Bhairav in Palamau Quila when he was resting.

The incident had raised questions over upkeep of captive elephants in the palamau Tiger reserve.

DS Srivastava, a wildlife expert based in Daltonganj had accused officials of being callous over wildlife management, while speaking with reporters. He asked why Kaal Bhairav was shifted from its original earmarked shed in Betla to the Quila, making it vulnerable to such threats.

He had also asked the authorities why a proposed trench around the places, where captive elephants are lodged, wasn’t in place to prevent such incidents.