The facility is equipped with dioramas, a library and an interactive audio-visual 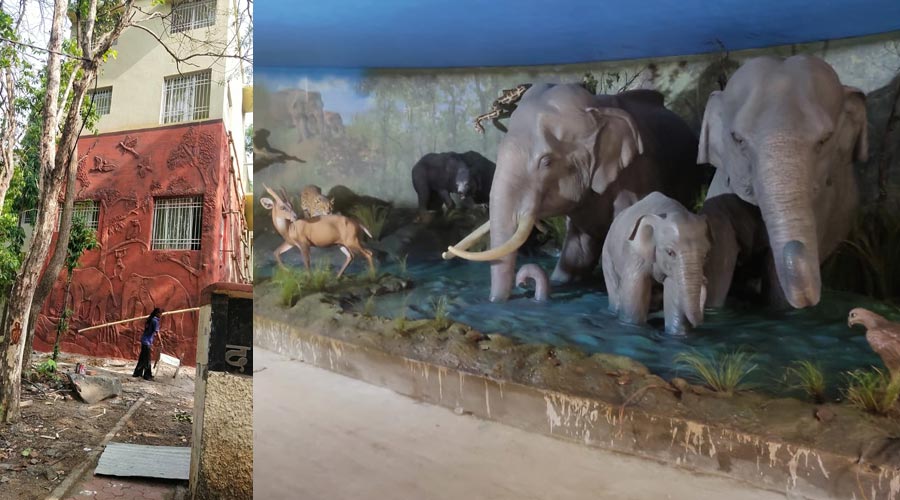 The Dalma wildlife sanctuary’s renovated museum has finally opened to tourists who flock to the jumbo abode in good numbers.

Construction of the two-storey museum began four years ago but it could not be completed due to various factors like insufficient funds and the Covid-induced pandemic.

But now the museum, located at Makulakocha near the main entry point of the sprawling 192 sq km sanctuary, is in place and tourists can go through dioramas depicting animals in their natural habitat. The facility is built by the state forest department under the eco-tourism project.

"The renovation of the museum is an old project which has been hanging fire for four years. But due to the pandemic-induced lockdown, the museum would have been opened to tourists last year itself," a forester said on condition of anonymity.

Dioramas depicting animals in their natural habitat have been fixed by an Ahmedabad-based designer. The state forest department had roped in Avinesh Chauhan for fixing the dioramas.

The museum is primarily aimed at educating school and college students who often visit the sanctuary to learn about flora and fauna. Resource persons are available to educate students and attend to tourists flocking the sanctuary.

Another forester said power at the museum is generated by solar panels. "Thirty-six solar panels have been fixed at the terrace of the museum. There was a need to strengthen the security around the museum because it would host rare and expensive exhibits such as elephant tusks, barking deer antlers and stuffed animals, birds and reptiles," he added.

According to him, footfall will now increase since the renovated museum is open. "So, it is necessary to tighten the security apparatus. Forest guards have been deployed round-the-clock."

The Dalma range office in Mango, Jamshedpur has an enviable collection of ivory, part of which was seized from poachers. "We find tusks after bullfights between elephants inside the sanctuary. The ivory and antlers have been kept at a locker in the range office," the forester said.

Meanwhile, the prevailing heatwave is preventing students from Jamshedpur from visiting the sanctuary. However, they will surely spend time at the museum to have in-depth knowledge about the animals and flora found inside the sanctuary once the weather condition improves.

Apart from students, very few people from the steel city are visiting the jumbo land owing to the heatwave. They used to visit the sanctuary for a day to watch scenic spots and the Shiva temple on the top. However, tourists from Bengal, Odisha and Bihar have holed themselves up at various accommodations to spend quality time.