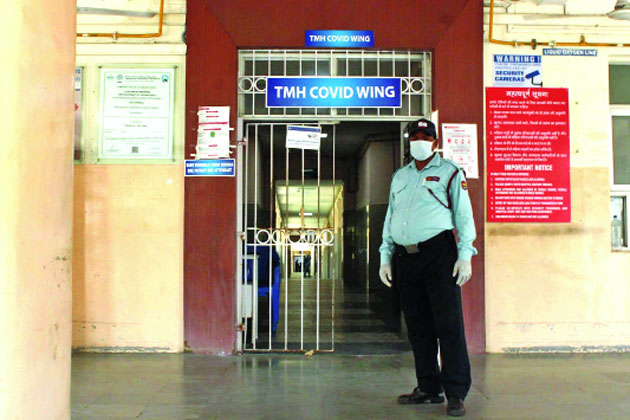 Two persons among a group of five who travelled from Calcutta have become the first confirmed Covid-19 cases in East Singhbhum district.

The two, a 24-year-old chartered accountant student and a 28-year old employee of an MNC, had returned on Friday evening in a private cab to Chakulia, around 80km north-east of Jamshedpur.

Sources in the district surveillance unit said four CA students and the MNC employee had come in two separate cabs — booked through an app-cab service — till Bend, an interstate check point on the border of Bengal and Jharkhand.

At Bend, on the border of Jhargram district of Bengal and East Singhbhum district of Jharkhand, the cabs were screened and since none of the five passengers had any symptoms they were allowed to go for home quarantine after they showed their interstate movement pass issued by the Bengal government.

“They arrived at their homes on May 8 and as they were asymptomatic they were strictly told to follow home quarantine protocols,” said a member of the district surveillance unit. “A team from the health department reached their homes on May 9 morning to collect swabs. The test reports came around 11pm on Monday. The MNC employee and one of the students were found to be positive.

“The administration team reached their houses around 1.30am on Tuesday and took the two to the Covid ward of Tata Main Hospital while the family members have been kept in the isolation wards of the same hospital in Jamshedpur,” the official added.

There were shouts and murmurs among Chakulia residents who asked why persons who had come from Calcutta, a red zone, to a green zone (East Singhbhum) were not put under institutional quarantine.

“So far there have been no positive cases in the entire Kolhan comprising the districts of East Singhbhum, West Singhbhum and Seraikela-Kharswan,” said Madan Raj, a government school teacher in Chakulia. “Why did the administration allow someone from Calcutta to go for home quarantine? One of the boys’ parents own a store on Chakulia Main Road and we fear several people might have been infected.”

Principal health secretary Nitin Madan Kulkarni said there had been no violation of protocol.

“The persons came on their own arranged vehicle to Chakulia from Calcutta and went to their homes and the district administration has strictly adhered to the Union home ministry protocols for interstate travel for stranded persons which states that any asymptomatic person even from a red zone should be sent to home quarantine with swab taken for confirmatory test. The Jharkhand government on its own has asked those coming in buses and trains arranged by the government from a red zone to be kept in an isolation centre during the quarantine period,” said Kulkarni.

East Singhbhum deputy commissioner Ravi Shankar Shukla said the entire ward of the two Covid-19 patients has been sealed as a containment zone “with no movement of any kind” allowed, and will put in isolation over 30 contacts of the duo.