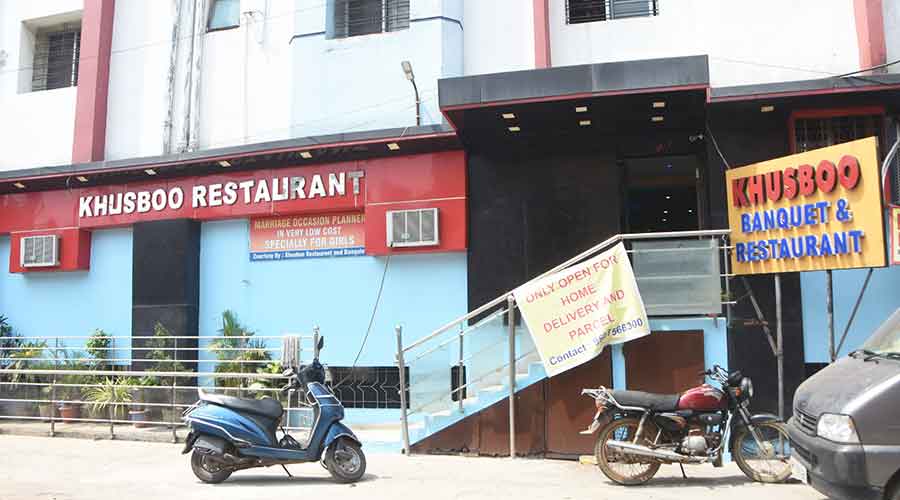 Restaurants in Dhanbad have suffered losses due to the impact of Covid as sales through home delivery and online platforms have dipped to less than 20 per cent of sales on normal days.

Talking to The Telegraph Online on Sunday, Satwant Singh, franchisee owner of La Piaza restaurant at Dhanbad, said, “We have suffered huge losses over five months of closure of the first phase of lockdown and even after reopening in September last year the customer response was quite shaky for the first two months.”

“Barely after five months of moderate income from November last year to April this year, bad days came back for us since April 14 this year with the government restricting the shop opening time to 8 pm followed by lockdown on April 22,” said Singh.

The restaurants were allowed to remain open but only through home delivery service.

“As the death rate was comparatively more during the second phase of pandemic this year so  a lot apprehension gripped people’s mind, including about safety of packed food so even when home delivery was allowed, very few customers chose for packed food,” said Singh who is also the secretary of restaurant owner’s association of Dhanbad.

Echoing his sentiments, Mihir Mandal, Manager of Celebration restaurant of Luby Circular Road of Dhanbad said, “Though, the income is almost negligible from the business at present but we are somehow keeping the restaurant open for sake of our staff and also to ensure the cleanliness and maintenance of the outlet”

“Our main income during the normal days is through table booking also from the booking  for special occasions like birthday party, marriage anniversary and some time reunions meeting etc,” said Mandal and added that they will be deprived of significant income unless dining facilities are allowed at the restaurants.

“Even when the Covid cases have dropped significantly in the district people are still desisting ordering packed food from restaurants either through online food delivery platforms or our own home delivery service as a result of which the income has reached to 20per cent,” said Mandal.

Senior General Manager of Skylark Hotel, Anutosh Baghchi said, “We have already temporarily closed the hotel including the restaurant due to lack of visitors as well as lack of permission for dining in the restaurant, causing significant drop in the customer of restaurant”

“We are however continuously monitoring the situation and will take a decision to relaunch the hotel as and when the situation improves,” said Bagchi.