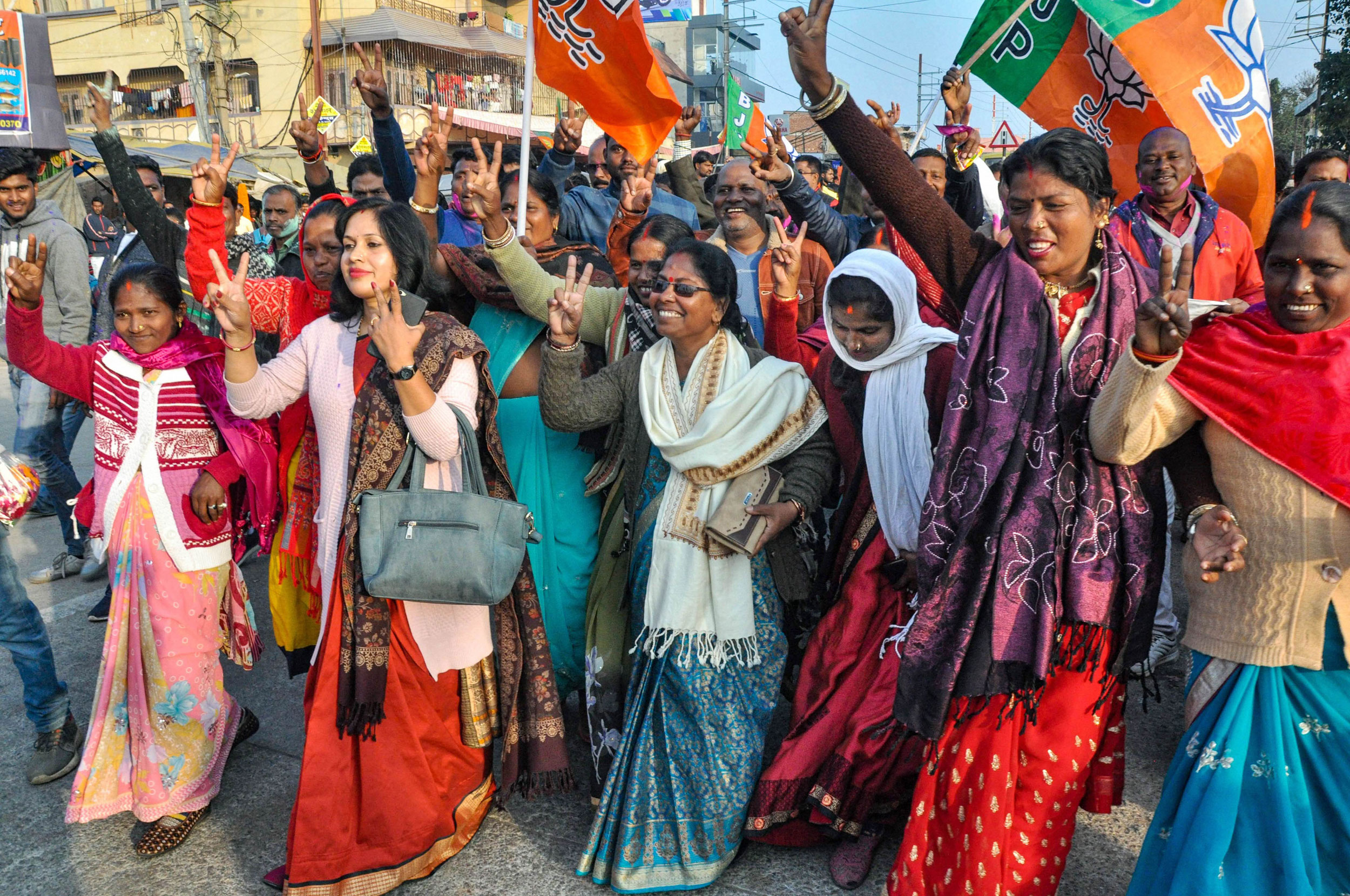 The BJP retained its four out of six score of the 2014 in the coal belt in the results declared on Monday.

Although it lost one seat —Jharia — where Congress candidate Purnima Singh defeated Ragini Singh of the BJP — that loss was compensated by the victory in Nirsa where the BJP’s Aparna Sengupta defeated Arup Chatterjee of the MCC.

The JMM-Congress-RJD Mahagathbandhan gained one seat compared to 2014.

It won two seats, including Tundi where former land revenue minister Mathura Prasad Mahato defeated the BJP’s Vikram Pandey by over 25,000 votes. In 2014 the seat had gone to the kitty of then BJP Ajsu Party. Sitting MLA Rajkishore Mahato of Ajsu came in third on Monday.

The second gain for the Mahagathbandhan was in Jharia where Purnima Singh, widow of murdered former Dhanbad deputy mayor Niraj Singh, defeated her own sister-in-law, Ragini Singh of the BJP — wife of Sanjeev Singh who is in jail for the murder of Niraj Singh.

Both the winning candidates of the Opposition in the belt, Purnima and Mathura Prasad, told The Telegraph on Monday evening that the common people were frustrated over the false promises and tall claims made by the BJP government.

Mathura Prasad Mahto of JMM who won from Tundi by defeating Vikram Pandey of BJP on the other hand said, “the common people were frustrated over the false promises and tall claims made by the BJP government as they were finding none of claims turning into reality while they were grappling with the basic issues like acute unemployment and lack of basic facilities like electricity, water and health facilities”