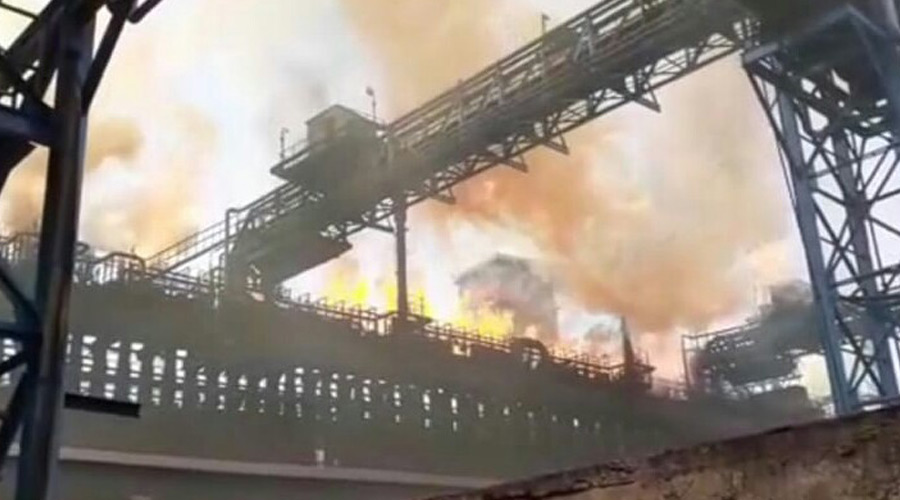 Two workers and an employee were injured after a blast at Tata Steel's Jamshedpur plant here on Saturday morning.

The explosion, which led to a fire in the factory premises, took place around 10.20 am in the foul gas line at Battery 6 of the Coke Plant.

Ambulances and fire tenders reached the factory soon after the incident and the area was was cordoned off.

“Today, at around 10:20 am (IST), there was a blast in the foul gas line at Battery 6 of Coke Plant at Jamshedpur Works. Currently, Battery 6 is non-operational and is undergoing a dismantling process," Tata Steel said in a statement.

"The ambulance and fire tenders immediately reached the incident site and the area has been cordoned off. The situation has been brought to control," it added.

The situation has been brought under control, the statement concluded.

Two contract employees sustained minor injuries and were sent to Tata Main Hospital for treatment.  Another employee who complained of chest pain was also sent to TMH for observation. Their condition was stated to be stable.

"The incident has been reported to the relevant authorities and investigation to assess the cause is underway," said a Tata Steel spokesperson, adding that as a responsible corporate, Tata Steel is committed to the safety and well being of all its stakeholders.

In November 2013, at least 11 workers were injured, two of them seriously, following an explosion inside the Tata Steel plant here. The explosion was caused in the LD gas holder which led to a fire  in the adjoining gas pipeline.