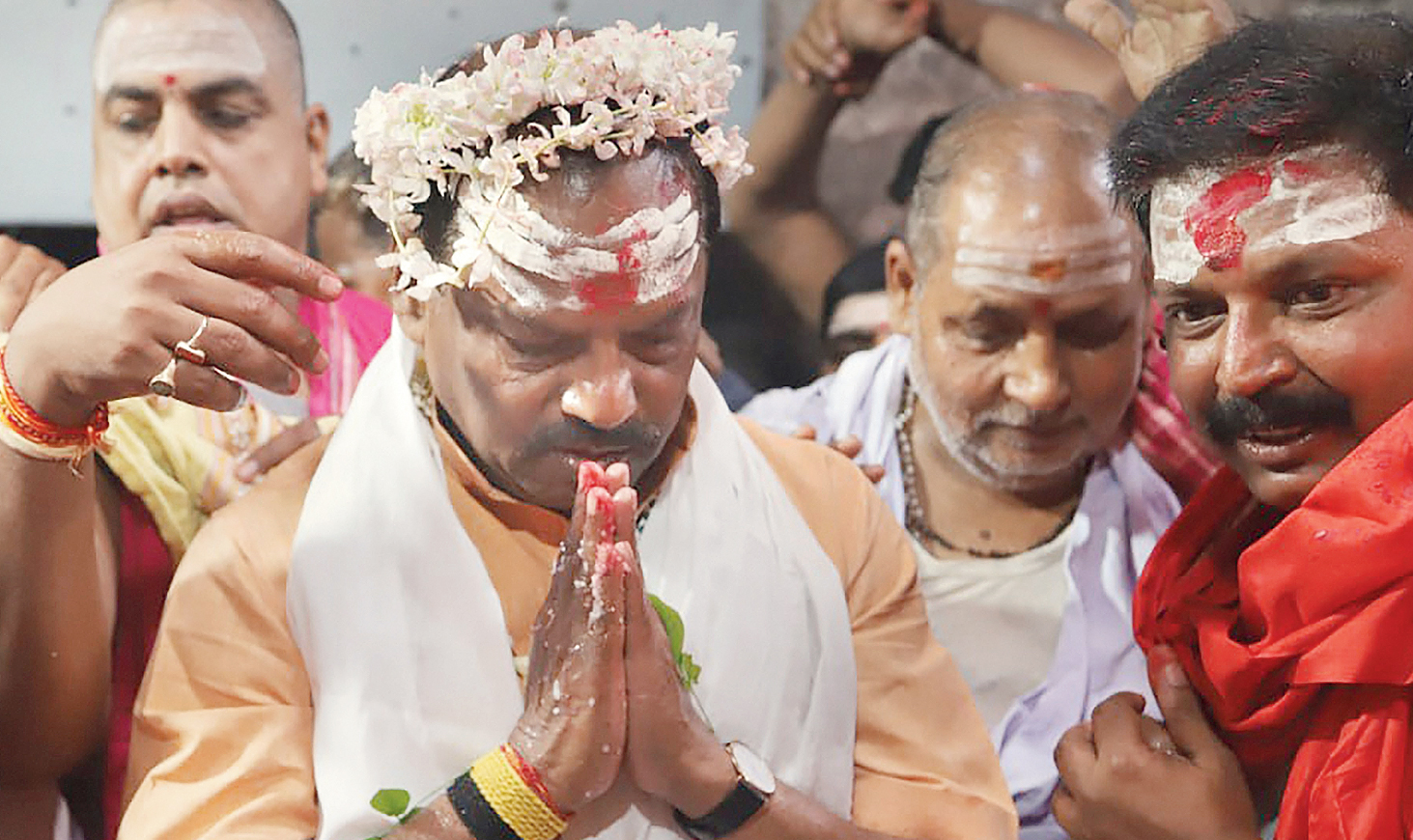 Campaigning for the last phase of Lok Sabha polls came to an end on Friday in the three constituencies of Santhal Pargana with the BJP claiming it would win all three seats.

Dumka, Rajmahal and Godda will vote on May 19.

“BJP will win all the three seats in Santhal Pargana. People have realised that the country needs a Prime Minister like Narendra Modi for safeguarding religion, the nation’s security and overall development,” said chief minister Raghubar Das, who has been camping here to coordinate the party campaign.

Das held meetings for the party candidate in Dumka at Tadihaat in Jama Assembly segment before leaving for Deoghar where he took part in puja at the Baba Baidyanath temple. Later, he left for Ranchi.

“I am confident of victory. People have witnessed the development work under Modiji,” Dubey said.

Gathbandhan backed JVM candidate Pradip Yadav also held rallies and meetings at Godda. “People have lost confidence in the BJP government. This will lead to my victory with the support of the alliance of Opposition parties,” claimed Yadav.

Godda is witnessing a direct fight between sitting MP Dubey and the gathbandhan’s Pradip Yadav.

Rajmahal has sitting JMM MP Vijay Hansda in a direct fight with the BJP’s Hemlal Murmu.

And Dumka is witnessing a direct fight between JMM supremo Shibu Soren, who is eying an eighth term, and Sunil Soren of the BJP.

While Sunil Soren held meetings at Dumka and Jama, Guruji held rallies along with JVM president Babulal Marandi at Nala, Jama and Poreyahat.

The BJP has, however, described Shibu Soren as an aging has been.

“Shibu Soren was MP of Dumka seven times. Now, he is seeking his re-election. The JMM should explain to people why lack of development is one of the major issues of Santhal Pargana,” said party spokesperson Pratul Nath Shahdeo in Ranchi.

He said the JMM was never interested in the developing Santhal Pargana, adding that Soren Senior never raised any question about his constituency in Parliament.

“Form the last 40 years the Soren family has been cheating innocent tribals and used them as a vote bank,” he said, and attacked JMM president Heman Soren too.

“Hemant has no right to criticise the BJP as it was the Narendra Modi-led government that brought development in Santhal Pargana, by promising an AIIMS, airport, medical college, roads and railway connectivity,” he said.