EVMs from all polling booths have been kept at Jamshedpur Cooperative College; BJP and JMM workers keep vigil 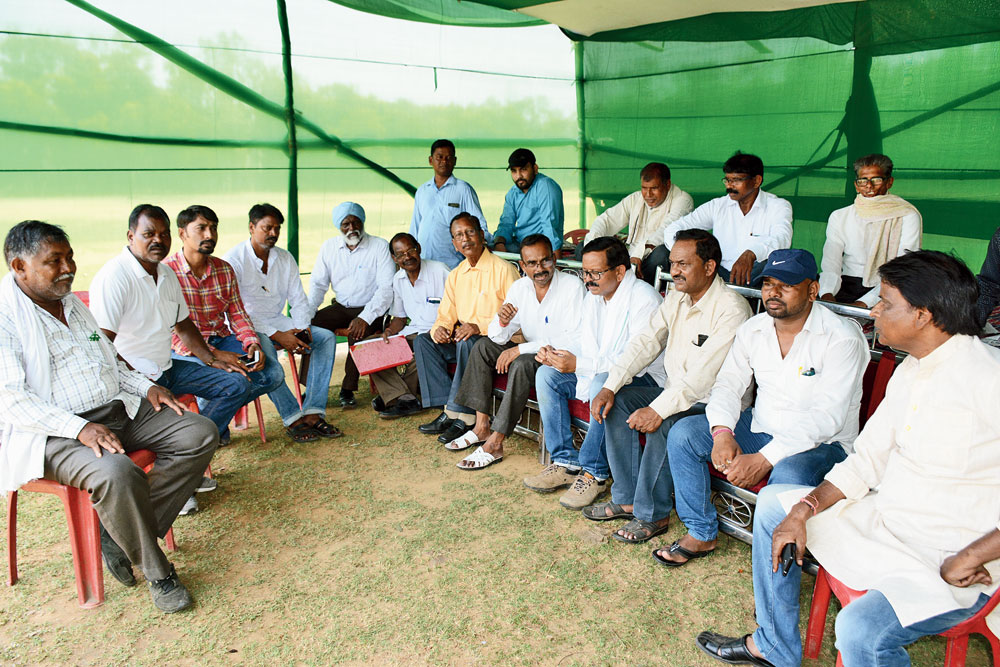 Voting over, it’s time for vigilance.

Foot soldiers of BJP and JMM , who slogged hard for their respective candidates Bidyut Baran Mahto and Champai Soren during Jamshedpur Lok Sabha elections, are still on their toes, keeping watch on the strongroom at Jamshedpur Co-operative College.

Though a multi-tier security arrangement and 24/7 surveillance by CRPF, JAP and district police are in place, party workers are camping in makeshift tents at the venue where EVMs from six Assembly segments — Jamshedpur East, Jamshedpur West, Baharagora, Potka, Ghatshila and Jugsalai — have been kept.

EVMs from all polling booths have been kept at Jamshedpur Cooperative College on the day of voting, May 12. BJP and JMM would stay put till May 22 evening. Counting will take place on May 23.

Both the outfits have ensured that party workers did not get bored. BJP spokesperson Anil Modi said, “We are arranging carom boards, cards, newspapers, drinking water, refreshments, food, tables and chairs for our party workers. The entire exercise is aimed at keeping watch over EVMs at the strongroom. Party workers of all 28 units are staying in two 12-hour shifts, from 8am to 8pm, and 8pm to 8am.”

He added that senior leaders, including the party candidate, would visit these cadres from time to time to keep their morale high.

In the JMM camp, party district president Ramdas Soren said elections might be over but they needed to keep a hawk’s eye on the EVMs. “We have a dedicated cadre base who have worked very hard during the elections. We have garnered a good number of votes and our workers are upbeat,” Soren added.

The JMM has not fixed any time slots and has left it to the party workers. Champai visited the tent on Monday night to take stock.

Both the parties have roped in a local vendor for continuous refreshment supplies.