Better facilities at Begarhia for new settlers from fire zone 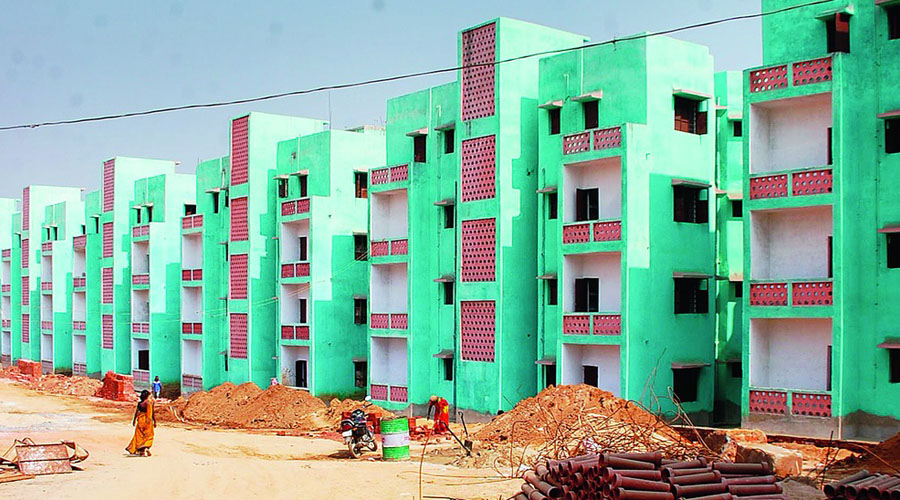 The Jharia Rehabilitation Development Authority (JRDA) is set to deploy labour for day to day operation of water and power supply for the quarters of rehabilitated people of underground fire zones at their new place of settlement in Belgarhia to ensure betterment of basic facilities.

A tender worth Rs 7.67 lakhs was issued on Tuesday deployment of labour for the operation and maintenance of water and electricity supply at 4,000 quarters of Belgarhia, which were built during the Phase II and Phase III of the construction.

The move comes after Dhanbad Deputy Commissioner and former managing director of the JRDA Uma Shankar during his December 23 inspection at the site expressed discontent over  poor maintenance of electricity and water supply in certain pockets of the colony. He had instructed the JRDA authorities to constitute committees of local residents of Belgarhia to look after the issue.

Executive Engineer of the JRDA, antosh Mishra said, “As the project is related to units that were constructed during the initial phases deployment of labour is being made by us. For the new quarters, operation and maintenance of the water supply system will be made by the committees.”

At present, construction of 6,352 quarters in the locality has been completed in three phases, in which 5,000 families from different fire affected areas have been rehabilitated. Around 12,000 more quarters are still under construction.

At present, the monthly electricity bill of around 5,000 families rehabilitated from the different underground fire affected areas is being made by the JRDA itself.

A total of  1.04 lakh families living in 595 underground fire affected areas of Jharia coal field region, including around 28,000 legal title holder families and around 76,000 illegal encroachers, are supposed to be rehabilitated to the safer place. However, only 5,000 families have so far been rehabilitated since March 25, 2020, when the process began.