Bag-snatchers caught and beaten up by villagers in Chatra 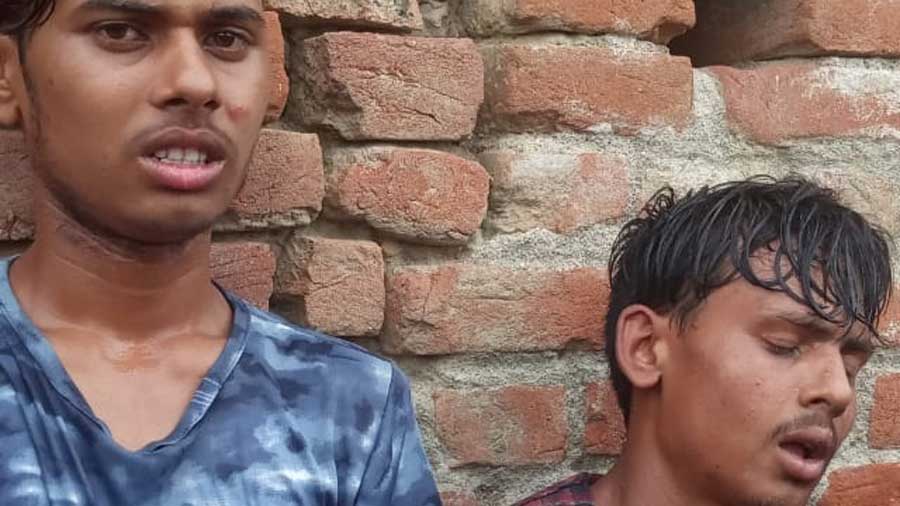 Villagers in Chatra managed to catch three bag-snatchers who had injured two women and tried to escape with cash. The villagers beat them up before handing them over to police. The incident occurred at Gospur in the Huntergunj police station area.

Rinki Kumari and Fatima Khatoon were in the village as representatives of a microfinance company. They spoke to the villagers on applying for loans and collected EMIs from self-help groups.

While they were walking towards another village, four men on two motorcycles swooped in and tried to snatch their bags. The women raised an alarm, prompting the bag-snatchers to hit them. They then tried to escape but villagers working in the field chased one of the motorcycles down and beat the riders.

The women then called up the manager of the company, who along with another employee managed to stop the other motorcycle and catch one of the riders. The three bag-snatchers were identified as Sumit Kumar, Robin Singh and Abhishek Singh.

Last month, a recovery agent of a private company was shot dead at Itkhori in Chatra. The alleged killers had fled with Rs 1 lakh in cash. The police had cracked the case and confirmed the involvement of local youths.

Advertisement
Webinar on role of youth

The webinar was inaugurated on Sunday by Sanjay Paswan, a member of the Bihar legislative council, in presence of special guest Raj Sinha, the Dhanbad MLA. The renowned poet and litterateur, Anuj Lugun, and the social activist from Jamshedpur, Binoy Amber Minj, spoke during the programme, while the vice-chancellor of Binod Bihari Mahto Koyalanchal University, Anjani Kumar Srivastava, presided over the programme.

Paswan said the youth must develop the four Cs: critical thinking, communication skills, collaborative behaviour and comprehensive vision. Sinha said that without the active involvement of the youth in politics, it will be difficult to make India an influential country in the 21st century world. 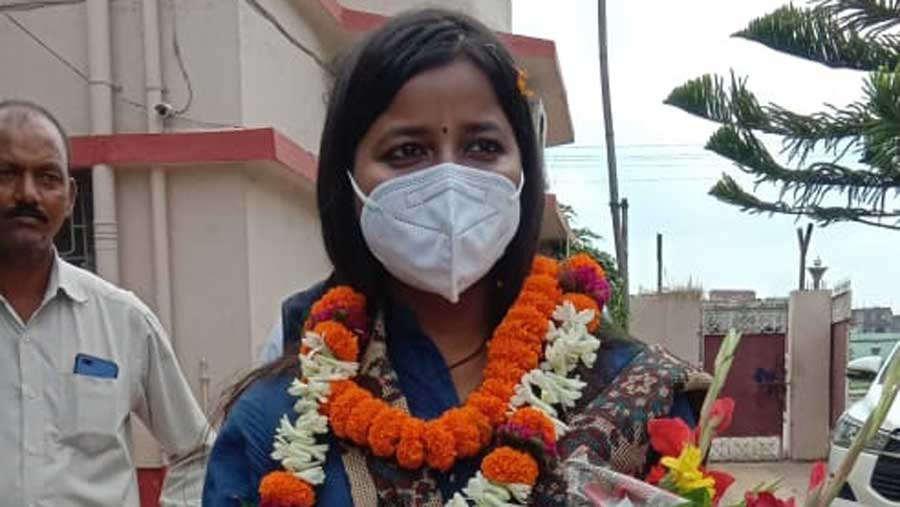 Barkagaon MLA Amba Prasad on Sunday was discharged from the Rajendra Institute of Medical Sciences, Ranchi, after recovering from Covid-19. She reached her home at Hurhuru in Hazaribagh town where she was greeted by local Congress leaders. “I am thankful to doctors, nurses and other staff who looked after me,” she said.

The Dhanbad administration plans to conduct rapid antigen tests at 59 vulnerable spots across the district, including 17 sites in Bagharma block and eight sites each in Kaliasol block and Dhanbad on a daily basis from September 15. Dhanbad deputy commissioner Uma Shankar Singh said the vulnerable sites have been identified on the basis of the Covid-19 infection scenario, population density and the people’s socio-economic condition. He added that testing at Dhanbad railway station and two border check posts at Chirkunda and Maithon will also be conducted daily. 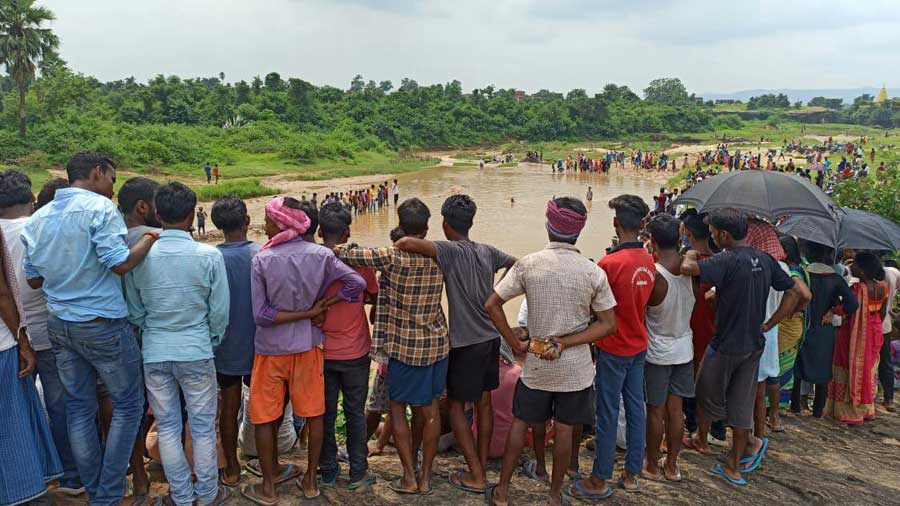 Villagers gather on the banks of the Shankdara river in Hazaribagh on Sunday.
Vishvendu Jaipuriar
College student drowns

A college student on Sunday drowned in the Shankdara river at Badal panchayat in Barkagaon block, around 46km from the Hazaribagh district headquarters. Vikas Kumar, also known as Vicky, had gone to the rain-fed river for a bath when he slipped into deep water. Divers were called in but they could not find Kumar. Villagers also tried fishing out his body but without luck. The search for his body will continue on Monday, police said.

The district forest department in association with Jharia police on Sunday conducted raids at Bata More, Shiv Mandir Road and Sabji Patti and arrested two persons for caging and selling birds such as parrots, which is prohibited under Schedule IV of the Wildlife Protection Act, 1972. An officer said the raids were conducted after a tip-off. The birds will be released in their natural habitat.

The Eastern Central Railway Karmachari Union, in response to a call by the All India Railwaymen's Federation, has decided to organise a public awareness programme in support of its various demands from September 14 to September 19. The programme includes a motorcycle rally on Monday from the railways’ Hill Colony to the Dhanbad railway station.