Garbage collection has stopped for a week 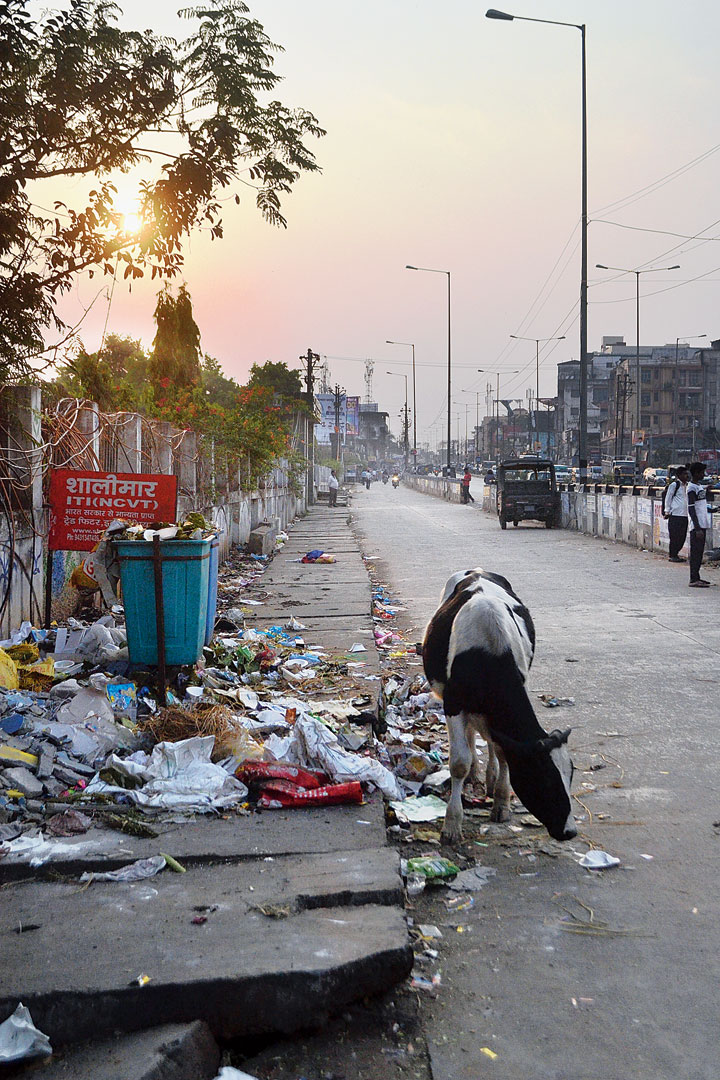 Garbage removal from Adityapur has come to a halt for a week now, turning the industrial township into a stinking zone.

The dumping yard at Bagun Nagar under Sidhgora police station limits in Jamshedpur, around 12km from Adityapur, has been closed for the past one week.

He said the Seraikela-Kharsawan district administration had provided four places, in Gamharia and Kandra, for setting up dumping yards.

The Adityapur Municipal Corporation has 35 wards spread over Adityapur and Gamharia areas, home to a population of around three lakh. Every day, two truckloads of municipal garbage are collected from the residential areas as well as the markets.

“Suspension of work of municipal waste collection has always been a problem of the civic body,” said Sanjiv Kumar Singh, a resident of Adityapur Colony. “Once again we have to endure with the stink of municipal waste strewn near our houses. The health department workers are not turning up to collect the garbage for a week now.”