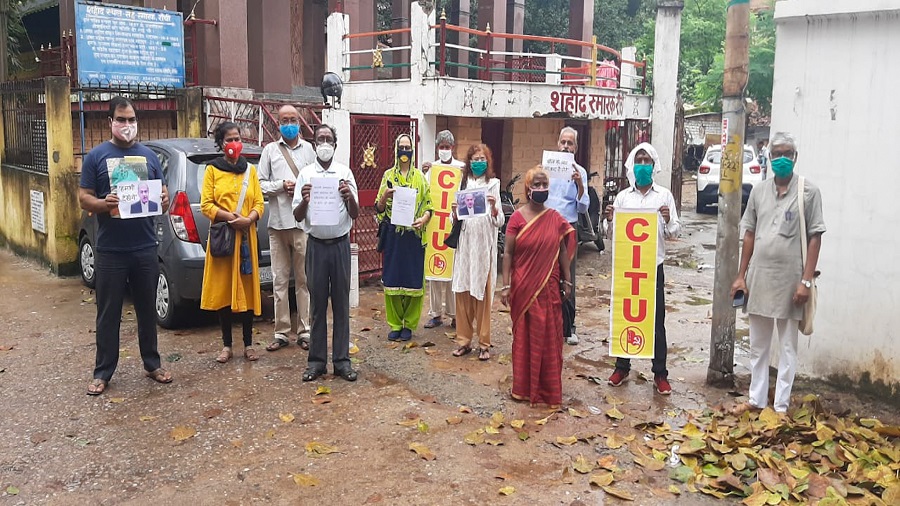 Civil rights groups joined hands with various Left-backed outfits on Thursday to stage a demonstration near Shaheed Chowk to express their solidarity with Supreme Court lawyer-activist Prashant Bhushan who has been held guilty of contempt by the apex court for two tweets.

Despite the occasional downpour since morning, civil rights groups assembled at the capital’s protest venue with placards and posters in favour of Bhushan, who, during a hearing on Thursday, was given two days to review his statement by the apex court.

Those who could not join the demonstration expressed their support to the initiative from home by taking pictures with the banners and posting them on their social media handles with #standwithPrashantBhushan.

Bureaucrat-turned activist P.P. Verma, who is a convenor of Jharkhand Nagrik Prayas Manch, said, “Criticism is not contempt and it is time that the democratic voice of the judiciary too is strengthened. Positive criticism is the first step for greater change.”

He said they stood firmly behind Prashant Bhushan, who had every right to air his free speech for the betterment of the judicial institution.

Nadeem Khan of Lahu Bolega, an outfit spearheading voluntary blood donations, added, “By holding Prashant Bhushan guilty of contempt of court, his right to free speech is being scuttled. It is high time a democratic set-up is implemented in the judiciary, both in letter and spirit. No institution can be above the law or the Constitution of this country.”

Tribal rights activist Aloka Kujur appealed to the nation to stand by Bhushan. “If we don’t support him today for speaking out, tomorrow someone else can face similar contempt,” said Kujur.