50 cops who beat Covid to donate plasma at RIMS 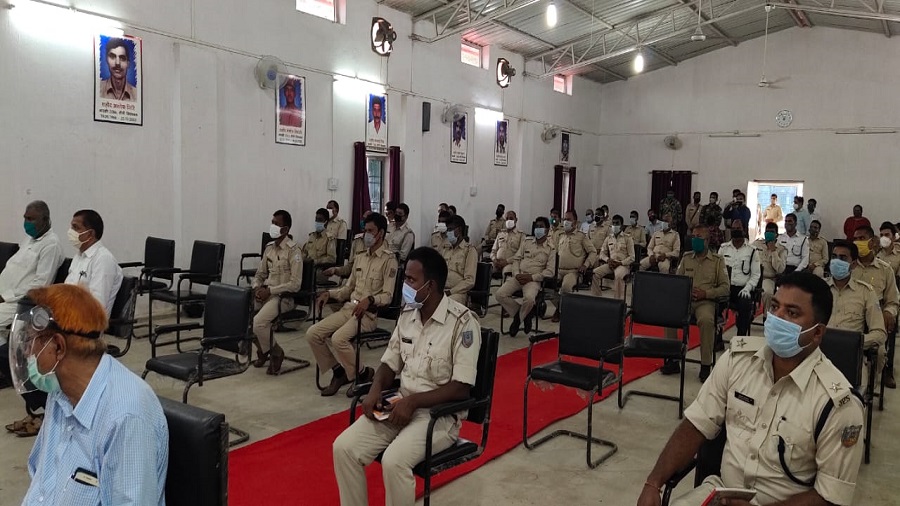 Policemen attend a session on the benefits of plasma therapy in Ranchi on Wednesday
Telegraph picture
Our Correspondent   |   Ranchi   |   Published 19.08.20, 06:52 PM

Jharkhand’s policemen are emerging as one of the biggest hopes for the state government to fight the coronavirus, with 50 personnel, who have recently recovered from Covid, expected to join a special drive at RIMS for voluntary donation at the newly set up plasma bank on Friday.

Deputy commissioner Chhavi Ranjan and senior SP S.K. Jha held an introductory meeting with the district police force, including many personnel who overcame Covid-19, at police lines to apprise them about the importance of donating plasma.

Over 2,700 police personnel have so far tested positive for Covid-19 across the state since the outbreak of the virus. In Ranchi, over 150 policemen contracted the virus. Figures available with the district police suggest that about 54 cops have so far recovered while others are in the process of beating the virus.

“Everybody was in a tizzy when police and other frontline workers were getting infected. However, the brighter side of it now is that we have several cops who have recovered and are ready to donate plasma. There is always a positive side to every aspect,” Ranjan said on Wednesday.

“All policemen of the district force who qualify will be donating their plasma after mandatory tests,” he said.

Police have played a stellar role in the fight against the virus, from being frontline warriors by handling law and order and feeding thousands during the lockdown through community kitchens at police stations to creating awareness about various safety measures.

Senior SP Jha acknowledged this, saying the pandemic had revealed various aspects of policing. “Not only did we work hard to maintain law and order, the entire police force walked the extra mile to feed the hungry, enforce lockdown rules without ever worrying about the safety of our families and ourselves. Now, cops will also donate plasma to save lives,” he said.

Rajendra Institute of Medical Sciences, Jharkhand’s lone government-run tertiary care centre, began plasma donations in the last week of June. However, barely half a dozen recovered patients have so far donated plasma, sources said, adding that the poor response was because of several factors like inadequate antibodies in a cured person to the fear of re-infection, among others.