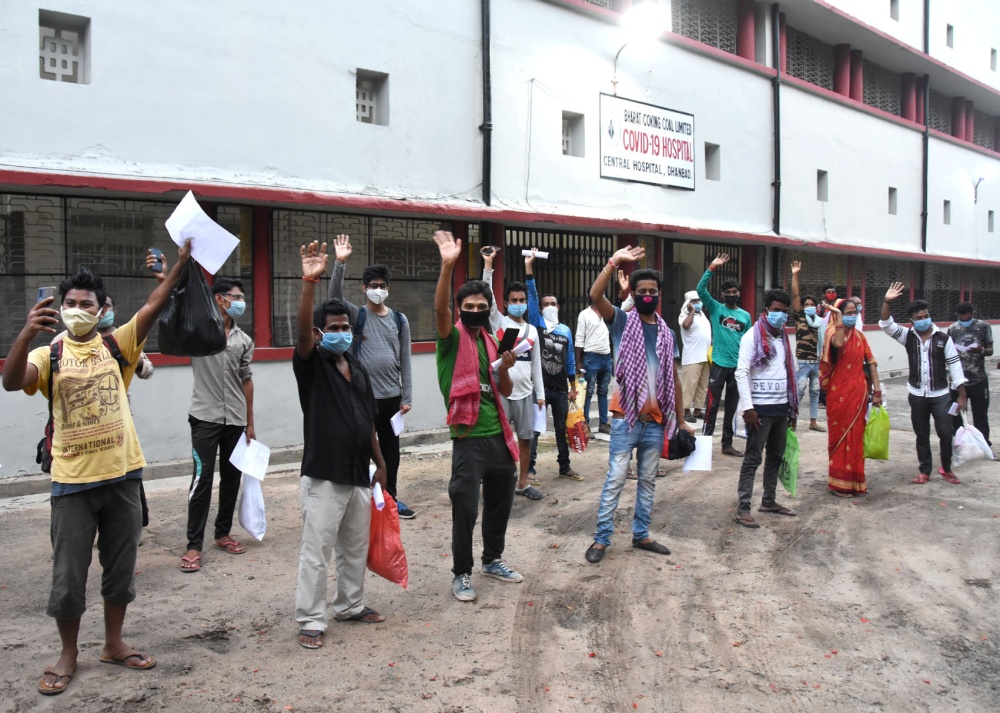 Altogether 37 persons were released from a Covid-19 hospital in Dhanbad’s Jagjivan Nagar on Friday.

Dhanbad district collector Amit Kumar said on the occasion: “Altogether 37 people defeated Covid-19 as they were released from the hospital after their samples tested negative.”

“They will have to remain in home quarantine for 14 days as we have sent them to their respective houses,” said Kumar and added that this was a great achievement for Dhanbad as 37 persons had collectively overcome the coronanvirus.

“Systematic treatment of the patients was carried out at the hospital by the team of doctors and all the patients followed every advice, guideline and daily routine recommended by the doctors during the course of treatment,” said Kumar.

Dhanbad civil surgeon Gopal Das, who was present at the hospital along with a team of doctors during the discharge of patients, advised the patients about the dos and don’ts during home quarantine.

Alok Vishwakarma, in charge of sadar hospital who was also present during the release of the patients, said those released must strictly follow the social distancing rules during treatment.

S.M. Jafarullah, of the coal town’s Covid-19 response team, advised the patients to take recommended medicines regularly, besides having healthy and nutritious food.

Seventeen more patients are still undergoing treatment and are likely to be released soon as, according to Dr Das, their reports are expected to be available in a day or two.