YSR Congress leader Y.S. Jagan Mohan Reddy was attacked by a cafeteria waiter which is owned by the ruling TDP leader Harshavardhan 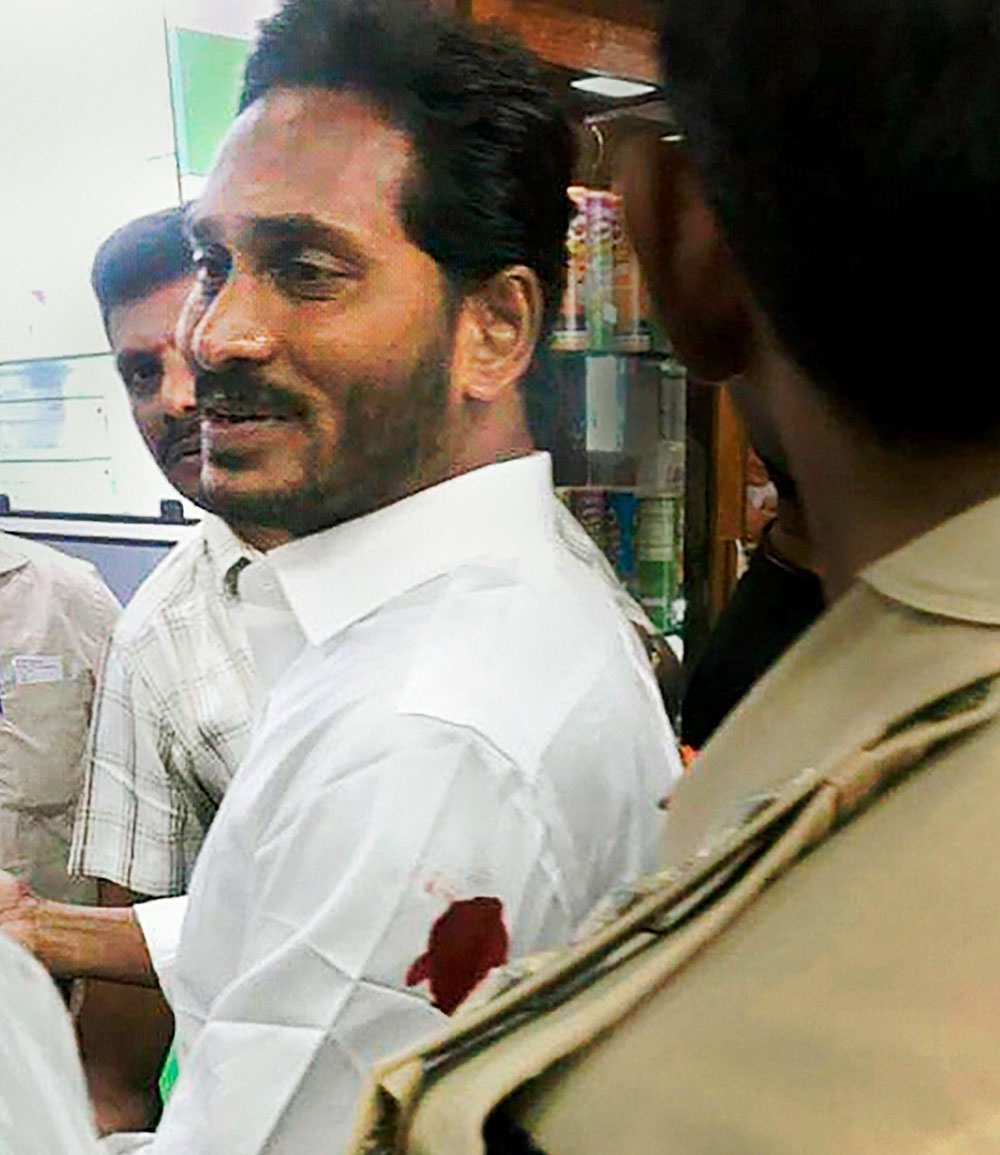 YSR Congress leader Y.S. Jagan Mohan Reddy was on Thursday injured when he was attacked by a man with a small knife at the airport lounge here, official sources said.

Reddy, the leader of the opposition in the Andhra Pradesh assembly, received a minor injury on his shoulder and is doing fine, they said.

The Yuvajana Sramika Rythu Congress Party, in a statement, claimed the cafeteria at the Visakhapatnam airport was owned by ruling Telugu Desam Party leader Harshavardhan, who was aspiring to contest the next election from the district.

State DGP R.P. Thakur said the attacker was identified as J. Srinivasa Rao (30), working as a waiter in the cafeteria at the Vishakhaptnam airport.

The incident occurred around 12.30p.m, he said, adding CISF personnel immediately apprehended him and handed him over to the police after questioning.

Police said the knife used by the attacker was one generally used in cockfights.

State Deputy Chief Minister (Home) N. China Rajappa condemned the attack and said a thorough investigation has been ordered to establish the facts.

”I do not have full information but I strongly condemn the attack. A detailed investigation will be conducted into the incident,” Rajappa told reporters here.

Srinivas suddenly pulled out a small knife and attacked Jagan, injuring him on the left shoulder.

Jagan, who was conducting his ongoing 'padayatra' in neighbouring Vizianagaram district, had come to the city en route to Hyderabad where he is to attend his weekly trial on Friday in connection with the disproportionate assets case.

YSRC cadre resorted to protests in different parts of Andhra following the attack on Jagan.