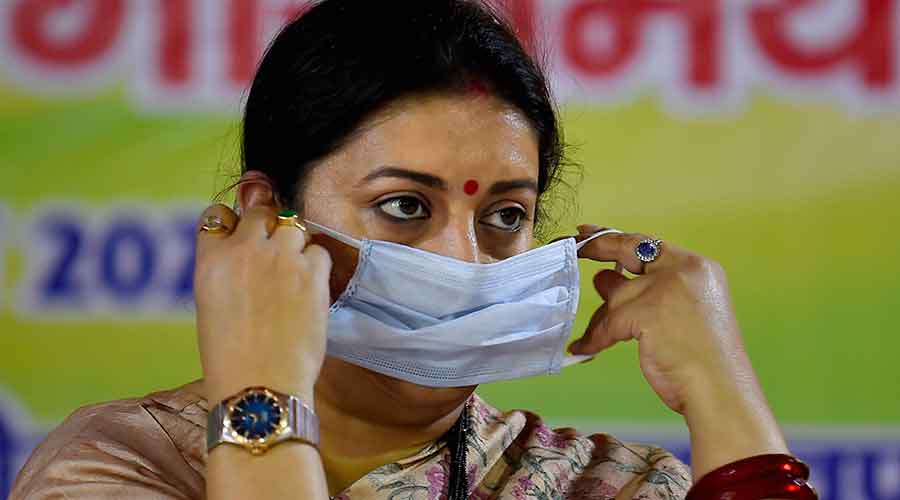 Youth Congress workers on Sunday protested outside a Goa restaurant which the Congress claims is owned by Union minister Smriti Irani's daughter.

The Congress on Saturday demanded Irani's sacking, alleging her daughter was running an illegal bar in Goa, but the minister had claimed the "malicious" charge was made at the Gandhi family's behest due to her vocal stand in the National Herald case and vowed to fight back.

On Sunday, Goa Youth Congress president Varad Mardolkar and state unit spokesman Amarnath Panjikar led the protest outside the Sully Souls Goa restaurant in Assagao village and demanded that the establishment be shut down.

Goa Congress chief Amit Patkar had alleged that the renewal for the restaurant's bar licence has been applied in the name of a dead person.

He had claimed that the Excise Commissioner, responding to a complaint against the fraud, issued a show cause notice to the restaurant returnable on July 29.

The protesters said Irani cannot run away from her responsibility by striking an emotional chord and that she has to respond to the allegation.

Panjikar said Irani cannot hide behind the emotional statements and blame others.

He alleged that Irani was holding senior Congress leader Rahul Gandhi responsible for the illegality done by her own family members.

Panjikar demanded that action be initiated against the restaurant and those involved in the illegality.