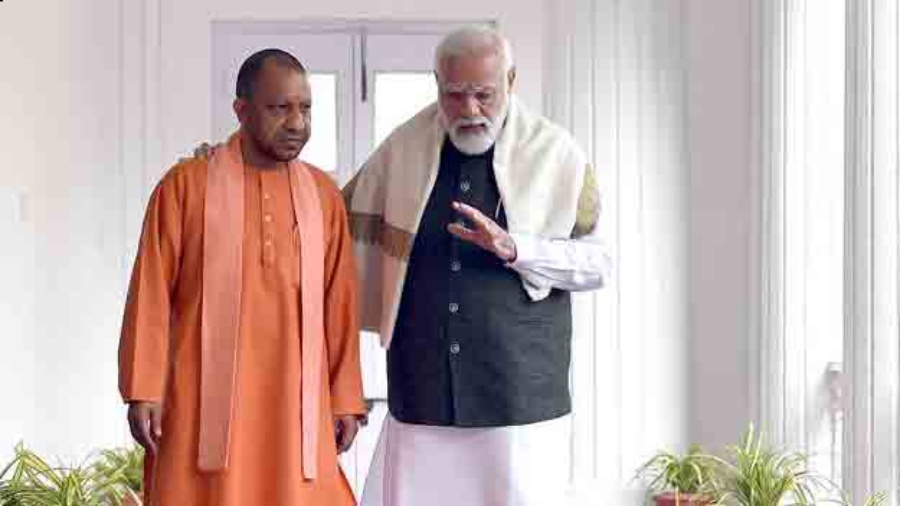 In his first meeting with Chief Minister Yogi Adityanath following the BJP's big win in Uttar Pradesh, Prime Minister Narendra Modi on Sunday expressed confidence that he will take the state to new heights of development in the coming years.

Adityanath called on Modi during his maiden visit to the national capital after the BJP's second successive victory in the UP Assembly polls and spent over 100 minutes with him.

"Had a meeting with Yogi Adityanath and congratulated him over the historic win in the Uttar Pradesh polls. He has worked tirelessly to fulfil people's aspirations in the last five years. I have full confidence that he will take the state's development to new heights in the coming years," Modi tweeted.

Ahead of the oath-taking ceremony, Adityanath is in the national capital to meet the top BJP brass to discuss the exercise of government formation and a variety of other issues.

The oath-taking is likely to take place after Holi (March 18).