Advertisement
Home / India / Yogi Adityanath meets family of slain inspector, assures them that loans will be paid off

Yogi Adityanath meets family of slain inspector, assures them that loans will be paid off

UP minister says road in Etah, the inspector's home district, would be named after him 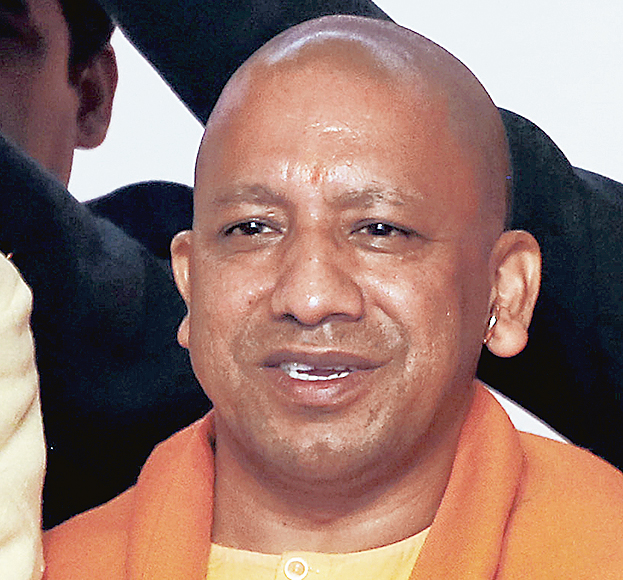 Uttar Pradesh chief minister Yogi Adityanath on Thursday met the family of inspector Subodh Kumar Singh, who was killed in Bulandshahr, and assured them of justice and strict action against the culprits.

The inspector, who in 2015 was investigating the lynching of Mohammad Akhlaq, and a 20-year-old man were killed in mob violence in Bulandshahr that was triggered by the news that carcasses of cows were lying in a field.

The chief minister met Singh's wife and two sons, Shrey and Abhishek, at his Kalidas Marg residence in Lucknow. Shrey said after the meeting: 'The chief minister has assured us that he will remain with us in this difficult time and will ensure justice for us. He said strict action will be taken against those involved.'

'The chief minister has given the assurance to the victim's family that... there would not any disturbance in their (the sons') studies,' UP director-general of police O.P. Singh, who was present at the meeting, told reporters. Adityanath has reportedly assured the family that the education and home loans that the family had taken earlier would be paid off by the state.

State minister Atul Garg said the Jaithara-Kuraoli road leading to the inspector's village in Etah would be renamed after him. 'A college will also be named after Singh to recognise and remember his courage,' he said. Garg is the minister incharge of Etah.

While the elder son of Subodh Singh is preparing for civil services, the younger one is pursuing law, DGP O.P. Singh said.

About the probe into the inspector's death, the DGP said: 'The CM has issued an order in this regard and the guilty will be brought to book.' He did not elaborate on it.

Adityanath had Monday declared a compensation of Rs 40 lakh for the wife, Rs 10 lakh for the parents and a government job for a family member of the inspector.

A Bajrang Dal leader, Yogesh Raj, who the police suspect is the main accused in Monday's violence, is untraceable. In a video that surfaced online on Wednesday, Bajrang Dal Bulandshahr convenor Raj claimed innocence. The right-wing group also asked him to surrender but said it believed he was innocent.