Advertisement
Home / India / Will work for Amethi, no matter what you say: Smriti to Congress

Will work for Amethi, no matter what you say: Smriti to Congress 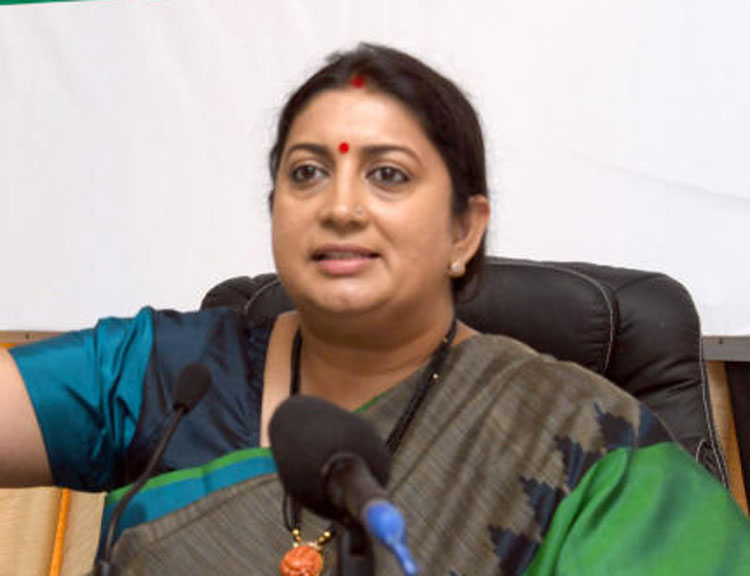 Union Minister Smriti Irani on Friday hit back at the Congress over its allegations that she 'falsified records' of her educational qualifications, saying she will continue to work hard for Amethi no matter what its leaders say.

Dubbing Smriti a 'serial liar', the Congress also alleged that she submitted contradictory affidavits to the Election Commission for which she should be disqualified.

'In the past five years, there has not been any attack which has not been made against me by the Congress and its 'chele chapate' (stooges), nor is there any bad word or disrespect which has not been hurled at me,' Smriti said when asked to comment on Congress spokesperson Priyanka Chaturvedi's swipe at her qualifications through a spoof on her hit TV serial.

'I have a message for them... as much as you try, I will work for Amethi against the Congress. No matter what you say, the more you harass me, the harder I'll work,' she said, adding that the Congress supporters were targeting her because she was taking on the 'Namdar' (dynast), referring to Rahul Gandhi.

Earlier, Chaturvedi also alleged that Smriti was misusing her influence and power as a Union minister.

'Union Minister Smriti Irani, who had been rubbishing Opposition's claim that she is not a graduate, yesterday accepted that she enrolled for an undergraduate course in Delhi University but did not complete it,' the Congress leader said.

The Union minister and BJP candidate for Amethi Lok Sabha seat, Smriti on Thursday submitted to the Election Commission that she did not complete her graduation from the Delhi University.

Smriti has said she did not complete her Bachelor of Commerce (Part-I) -- a three-year degree course -- from Delhi University's School of Open Learning in 1994.

In her 2004 affidavit, she had claimed that she is a graduate. There was a controversy when her 2014 affidavit contradicted her own claim.