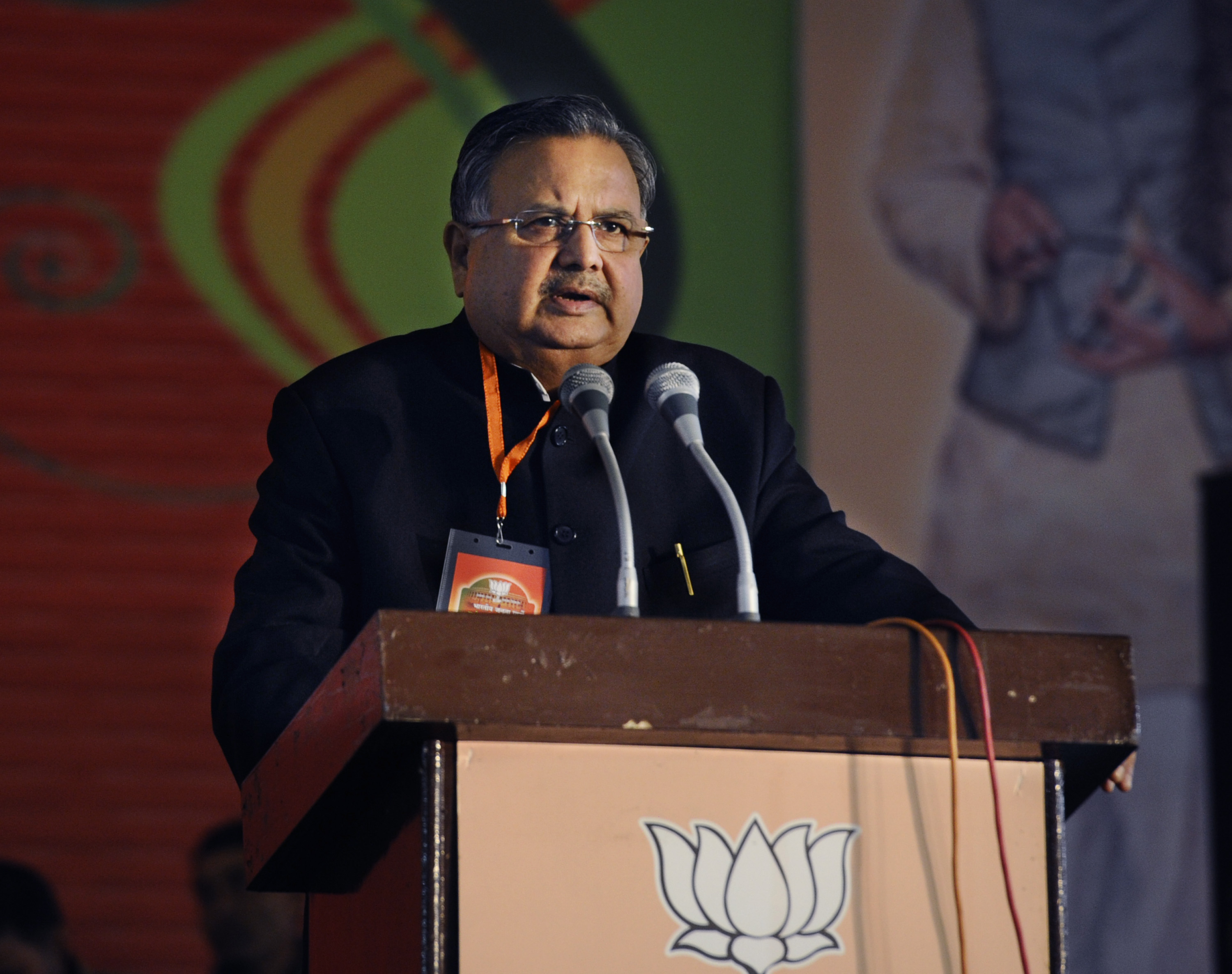 Chhattisgarh chief minister Raman Singh on Monday said his government is making efforts through development projects to “soon neutralise” the ideological and financial support Naxalites receive from sympathisers from Raipur to Delhi.

In an interview to PTI, the longest-serving BJP chief minister outlined several development-related activities, including those being undertaken in the state’s Naxal-affected Bastar region.

Singh also exuded confidence of a fourth consecutive victory for the BJP in the upcoming Assembly polls in the state.

Polls for the 90-member Chhattisgarh Assembly are due this year-end.

The chief minister said his government has been working on a plan to completely eliminate Naxalism from the state since 2003, and that the strategy is showing results.

“We have brought development in most (of the Naxal-affected) areas and more than that we have been able to win the people’s trust. Naxalites are getting discouraged and Naxal activities are going down,” he said.

Referring to Maoists sympathisers, Singh said Naxals have got a very strong support system from Raipur to Delhi.

“I feel the kind of support that is given to Naxals and their ideology is very strong. They make big lawyers who take up their cases. So, they are economically strong too. There are people of their (Naxals) ideology who support them, from high courts to the Supreme Court (referring to some providing legal aid to them),” the chief minister said.

He, however, expressed confidence that these sympathisers will soon be “neutralized”.

“Like the Naxals are getting weaker, they (sympathisers) will also become weak. This fight (to check Naxalites and their supporters) is of Chhattisgarh and other states. We are getting successful (in checking Naxal activities) and this support system will soon be neutralised,” Singh said.

He also lamented that some human rights supporters are opposing action against Naxals.

“They make noise of human rights violation. They had come to me also. I asked them whether the human rights are of Naxalites alone or of the common people also. They (Naxals) abduct their children, girls and destroy schools. They are the biggest violators of human rights as they keep the whole area (of their influence) captive. Why you (sympathisers and human rights defenders) don't speak then? You only think of them (Naxals) only?” Singh said.

His assertion assumes significance as some human rights defenders were arrested last month from different parts of the country, including one Chhattisgarh-based activist, by state police forces.

The Supreme Court is hearing a case on a plea made by a historian challenging the arrests.

Talking about the upcoming Assembly polls in the state, Singh said the BJP is confident of its victory and all set to form government after the elections.

“The experience of the last three elections tells us that we will be in a better position in this poll. BJP chief (Amit Shah) has decided a target of 65 plus seats in the state. We all are set to achieve that. Our workers up to the booth level are doing their jobs. We are sure that we will get a big victory this time,” the chief minister said.

Singh, who has been the chief minister of the state since December 2003, rejected suggestions that there was anti-incumbency against his administration.

“Sensing, somewhat, a little mood of anti-incumbency in some areas, we started a mass contact programme. We visited different parts of the state and heard the people's grievances, if any, and provided on the spot solution to them. So, whatever little concern or problem they had from the administration, we have already provided solutions to them. Hence, no such (anti-incumbency) feeling exist,” he said.

The chief minister said the BJP is approaching the people with a promise and vision to make a ‘New Chhattisgarh’ by 2025.

“When Chhattisgarh turns 25 (in 2025), our GDP will be doubled, farmers’' income will be doubled. We will ensure 100 per cent literacy in the state. We are creating an educational hub in the worst Naxal-affected Bastar region to Sarguja, and providing all possible support to the farmers of the state, Singh said, outlining plans to approach voters ahead of the Assembly polls.”