Will decide on cabinet formation soon but for now let us breathe: Eknath Shinde

Earlier in the day, government won trust vote in the Assembly 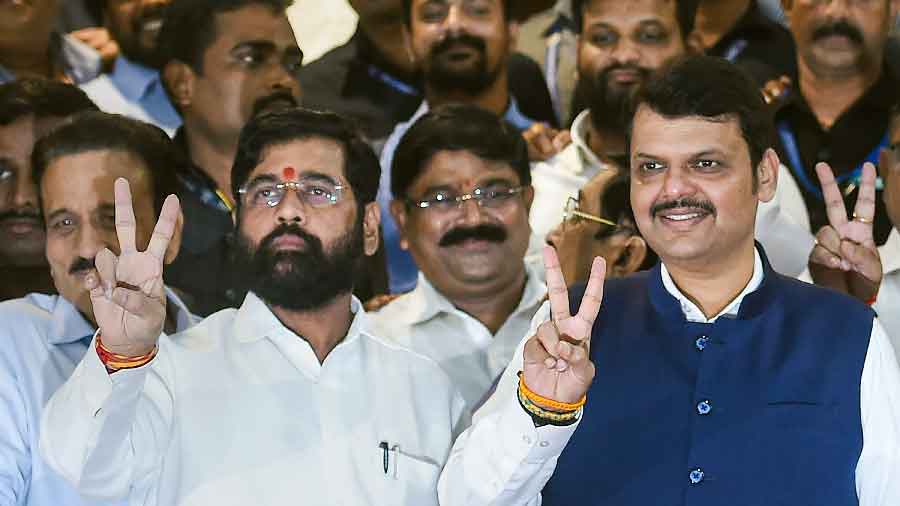 Pointing to the hectic political activities of the last fortnight, Maharashtra Chief Minister Eknath Shinde on Monday said he will need some time before he and deputy chief minister Devendra Fadnavis of BJP discuss the allocation of cabinet portfolios.

Earlier in the day, the Eknath Shinde-led government won the trust vote in the Assembly.

With 164 MLAs voting for the motion of confidence and 99 against it, the Shinde government appears firm in the saddle with the support of the BJP and others.

Let us breathe properly. It was quite hectic for us. I and Devendra Fadnavis will sit and discuss cabinet portfolios and their allocation. We will also get the allocation vetted from national leaders of the BJP, Shinde told reporters after winning the trust vote.

We have gone through a lot in the last few days. Give us some time to meet our families. We will decide it (distribution of ministries), he added.

When asked whether Shiv Sena MPs are supporting the Shinde camp, he said, Whether they will vote for the NDA candidate in the Presidential polls or not, it cannot be said now. I will talk about it in the next two days .

I was suppressed for long: Shinde