Why Sunanda Pushkar threatened to take Shashi Tharoor down

A day before her death, Sunanda Pushkar and Shashi Tharoor fought through the evening, late into the night, according to the hotel staff 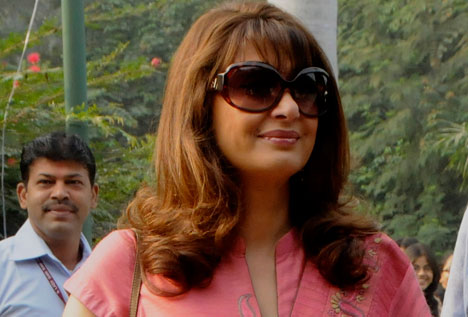 Sunanda Pushkar spoke her mind fearlessly, regardless of the consequences
From The Telegraph archives
Sunanda Mehta   |   Published 31.07.19, 04:56 AM

Tharoor was sitting in the living room, looking harassed and upset. There was no sign of Sunanda anywhere. He asked the manager what needed to be done, and the manager gave him the instructions. Many of Airtel’s clients are not tech-savvy and often require active help, but Tharoor seemed to know exactly what to do. He accepted the SIM card and thanked the manager, who left the suite at around 10.45 p.m., the heated exchanges he had heard still ringing in his ears.

Earlier in the day, when news of the spat between Tharoor and Sunanda was all over the national channels, television journalist Rahul Kanwal reached out to Sunanda asking her if she was keen on doing an interview to talk about the ‘IPL scam’ she had been referring to in her tweets. She had spoken to Rahul on the phone the previous night, and he wanted to know if she would agree to doing a detailed interview right away. Like many other journalists, Rahul knew Sunanda socially. He found her to be a ‘friend-magnet’; he and his wife, on a few occasions, had devoured the wonderful Kashmiri food Sunanda would put together for guests at her 97 Lodhi Estate residence. Rahul had already interviewed Sunanda a couple of times and had always noticed that she spoke her mind fearlessly, regardless of the consequences, even with her minister husband. In a city where the wives of other netas stay miles away from the limelight, let alone give interviews that hit the headlines, Sunanda seemed to him to be one of a kind.

Sunanda immediately agreed to do the interview. She told Rahul on the phone, ‘I have tuberculosis in my stomach. I’m going to die very soon. But before going, I will expose Shashi for what he’s put me through. I will take him down.’ She added that she was going to have her medicines and sleep for a few hours, something she hadn’t done for the past few days. They agreed to do the interview that afternoon. Sunanda told him that she would give him a call when she woke up. Rahul didn’t hear from her again until the evening.

The same evening, Mehr Tarar appeared as a guest on Rahul’s TV show, Centre Stage. On the show, Mehr spoke of how she had met Shashi Tharoor, how they hadn’t met as frequently as Sunanda alleged, how she wasn’t an ISI spy and that Sunanda had gone ‘crazy’.

Sunanda watched the entire show, which did nothing to help her terribly agitated state of mind.

But the media had by now started to relegate every other news development to the background. On 16 January, every newspaper’s front page screamed out the scandal the minister was now indisputably in the midst of. A harried Tharoor came to the hotel the next day and booked two rooms, a suite, number 345, for himself, and room 342 for his staff. Sunanda then moved into the suite with Tharoor.

Sunanda’s friends all over the country and outside were rallying around her by now. Nakkul Khanna in Dubai received a call from Sanjay Dewan on the same day. Sanjay told him about the relentless fights between Sunanda and Tharoor he had been witnessing and asked him to come over too. Nakkul dismissed the suggestion, saying their fights were now an everyday affair. But Sanjay believed that things were worse than ever before, but Nakkul insisted that he would not be able to make it. Later, both Sunil Trakru and Regina also called Nakkul, suggesting that he make a trip to Delhi.

Nakkul was to fly to Jaipur on 17 January to attend the Jaipur Literature Festival with Sunanda and Tharoor. But with all the ongoing commotion, he felt that going there would be of no use. Mentally, he had cancelled his trip to Jaipur.

Matters were still on the boil in suite 345. An agitated Sunanda called up Mehr Tarar and lambasted her over the phone. Later in the evening, when Tharoor came to the room, he was apologetic and remorseful. But Sunanda’s rage was so uncontainable she refused to listen. They fought without pause through the evening and well into the night – a fact confirmed by the hotel staff and, curiously enough, also by a manager with the telecom service provider Airtel.

On the evening of 16 January, the Airtel office in Delhi got a call from one of their VVIP clients. It was Shashi Tharoor. He wanted his SIM card to be changed. When it comes to VVIP clients at Airtel, a person of managerial level is required to look after their requests. In keeping with this rule, a manager left for The Leela with a new SIM card for Tharoor.

On reaching the hotel at around 10 p.m., he was asked to go up to the room. When he was outside the room, he paused. Loud, angry voices could be heard through the door. Clearly, a big fight was taking place inside the suite. Unsure of what to do, the Airtel employee stood outside for a considerable period of time. But the fight showed no signs of letting up. Finally, he called up his boss and asked what was to be done. ‘Ring the bell and do your job,’ came the instruction. He knocked on the door. Immediately the noise abated and there was a sudden silence. After a few seconds the door opened.

As the hours progressed Sunanda’s temper seemed to reach boiling point. She and Mehr were already engaged in a volatile exchange of tweets that were tearing into her. But she had a secret weapon that was yet to be unleashed and decided it was now time. Sunanda had managed to hack into Tharoor’s Twitter account and was in possession of some exchanges between him and Mehr. Outraged, Sunanda posted a series of these tweets on Tharoor’s timeline, in a bid to ‘expose’ his affair with Mehr. It threw Tharoor completely off balance. The tweets were fairly damaging and called Tharoor’s bluff, leaving him with little defence.

@mehrtarar I love you, Shashi Tharoor. And I go while in love with you, irrevocably, irreversibly, hamesha. Bleeding but always your Mehr. Shashi I’m not crying anymore. I’m not falling to pieces. I’m more lucid than ever. How little I knew you became visible to me

@mehrtarar You unfollowed me. You don’t RT me and you don’t answer me on twitter. I can live with your favourites. I have your personal validation of your words. I dont need any public one. For that I will wait till we are together publically really mehr

An acutely embarrassed Tharoor scrambled to contain the situation. He claimed that his Twitter account had been hacked, and that he and Sunanda were happily married.

But Sunanda clarified the very next day that the account had not been hacked, claiming full responsibility for sharing the tweets herself.

Sunanda had by now also started making calls to journalists whose numbers were saved on her phone. She called Barkha Dutt, group editor of NDTV at the time, and told her that she thought Tharoor was having an affair with Mehr Tarar and that she had moved out of the minister’s official residence and into The Leela. She also told her that she had ‘taken the flak for him in the IPL’, a line she repeated in her conversations with every other journalist. Advaita tried to calm Sunanda down, urging her to eat something, which she did finally in the wee hours of the 16th. Tharoor drifted in and out of the room but finally left to go home as Sunanda’s anger showed little sign of abating.

Advaita stayed with Sunanda until about 5 a.m. Sunanda seemed to have calmed down somewhat and ordered a mushroom soup for herself and a burger for her friend. Sensing that Sunanda was feeling better, Advaita left for the airport soon after. She had a flight to Kochi where she was going for a short holiday with her mother. When she called from Kochi on the morning of the 16th, just before boarding her houseboat that would take her out of range in the backwaters, she found that Sunanda had regained her composure.

The couple had also issued a joint statement on Facebook saying that they were happily married: ‘We are distressed by the unseemly controversy that has arisen about some unauthorized tweets from our twitter accounts … We wish to state that we are happily married and intend to remain that way. Sunanda has been ill and hospitalized this week and is seeking to rest. We would be grateful if the media respects our privacy.’

The next day, on 15 January, the couple left for Delhi after Sunanda’s medical examination at KIMS was complete. On the flight, which also carried Congress leader Manish Tiwari, once again matters came to a head. Sunanda, who by now was adept at accessing (Shashi) Tharoor’s phones, discovered that he had saved Mehr Tarar’s number under the name ‘Harish’. She also found some messages exchanged between them that enraged her. Already emotionally vulnerable and high-strung, this was the tipping point for Sunanda and she flew into a feral rage. An argument ensued and, as always, escalated into a major fight. A livid Sunanda slapped Tharoor in full view of the people in the aircraft, including their domestic help Narayan. After that she spent the better part of the flight in the bathroom.

On disembarking at Delhi on 15 January, Sunanda refused to go to their official residence and instead went straight to The Leela Palace hotel in Chanakyapuri and checked herself into room 307. Sunanda’s close friend of many years, Sunil Trakru was at the airport to receive her, and he escorted her to the hotel and helped her check in. In the evening, Advaita Kala and Sunil Alagh, former CEO of Britannia Industries, also a good friend of Sunanda, came to the hotel to see her. Despite their age difference, Advaita had by now developed a friendship with Sunanda over discussions about the film project. Advaita had called Sunanda to enquire about her well-being after watching tweets fly between her and Mehr. While Alagh left after some time, Advaita ended up staying with her on the night of the 15th on Sunanda’s request.

On the 15th itself, just days after Regina’s departure, Sunanda was calling her friend, sounding completely distraught. She was crying. ‘Why did you go away?’ she asked. Her showdowns with Tharoor after her friend left became uglier. ‘I have so many problems …’ Sunanda could barely talk through the tears. Regina told her that she couldn’t hear her words very well but Sunanda persisted.

She kept telling Regina that Shashi was still talking to Mehr, and that she’d had to take recourse to both antidepressants and sleeping pills. Regina told her she would pray for her at church on Friday and that things would get better. Sunanda was also concerned that she was yet to make her will and get her property papers in order, and this made her worry for Shiv (Menon). When she came to Dubai next she would make her will so that Shiv’s future would be secure.

The Extraordinary Life and Death of Sunanda Pushkar by Sunanda Mehta. Excerpted with permission from PAN Macmillan India


I have tuberculosis in my stomach. I’m going to die very soon. But before going, I will expose Shashi for what he’s put me through. I will take him down
- Sunanda Pushkar
 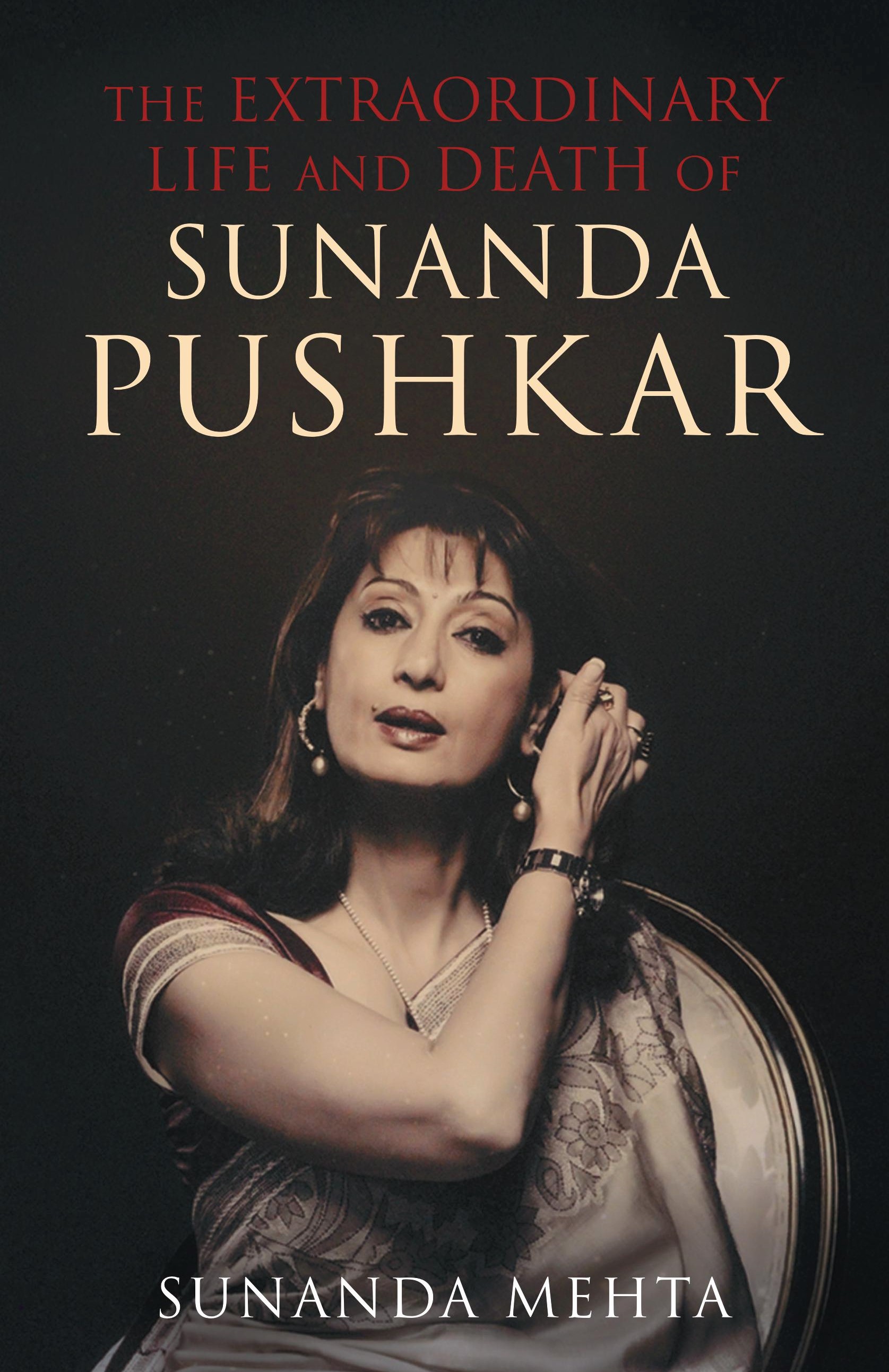