Advertisement
Home / India / Why should Sharjeel Imam not get bail: HC to police

Why should Sharjeel Imam not get bail: HC to police 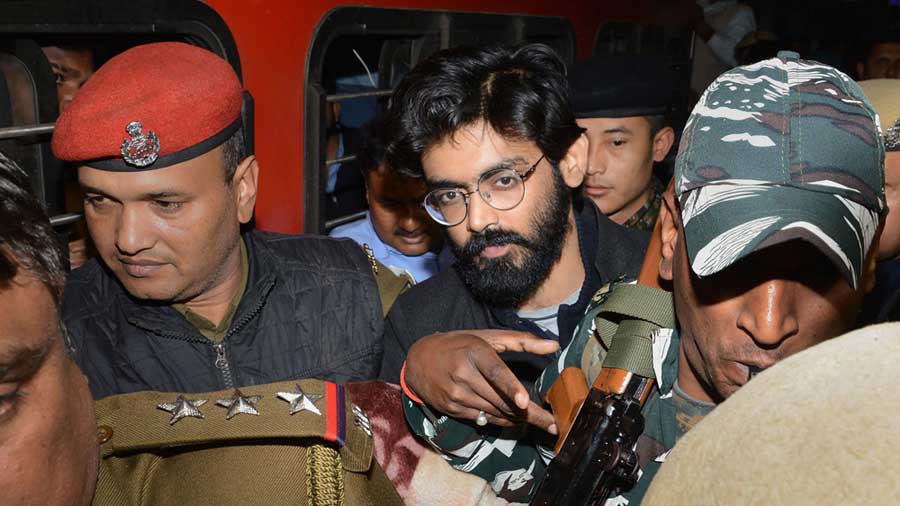 Delhi High Court on Wednesday asked Delhi police why bail should not be granted to JNU student Sharjeel Imam, arrested in a case related to allegedly delivering inflammatory speeches during the protests against the Centre’s citizenship thrust in 2019.

A bench of Justices Siddharth Mridul and Anoop Kumar Mendiratta issued notice to the Delhi police crime branch and asked it to file a reply within 10 days while listing the matter for further hearing on March 24.

Imam has approached the high court challenging a trial court’s January 24 order denying him bail. The high court was of the prima facie view that the trial court had not dealt with relevant considerations for grant or denial of bail.

“He (the trial court judge) has dealt with nothing. All these offences are less than seven years. We are asking you (the police) why he should not be enlarged on bail? Is he a flight risk? Will he tamper with evidence? Who are the witnesses?” the bench asked.

The prosecutor said Imam had also been charged with Section 124A (punishment for sedition) of the IPC, which entails life imprisonment.

The bench said sedition required specific calls for violence and this issue had been dealt with by the court long back. “We actually don’t want to reinvent the wheels here. It is very clear.… The incitement has to be of violence. There has to be a conscious act promoting violence. You examine it,” the bench said, adding the police would have to persuade the court as to why bail should not be granted to Imam.

It stated that if the accused is convicted and sentenced, it is a different thing but in pre-conviction detention, the court should have compelling reasons to hold a person.

“We don’t know for how long the trial will go on,” the high court said.