Advertisement
Home / India / Why Modi? Without him, there is no security, say voters

Why Modi? Without him, there is no security, say voters

The security fear has pushed Modi’s undelivered 2014 promises, his failures on many fronts, and the bushel of allegations of the Opposition, beyond the scope of argument 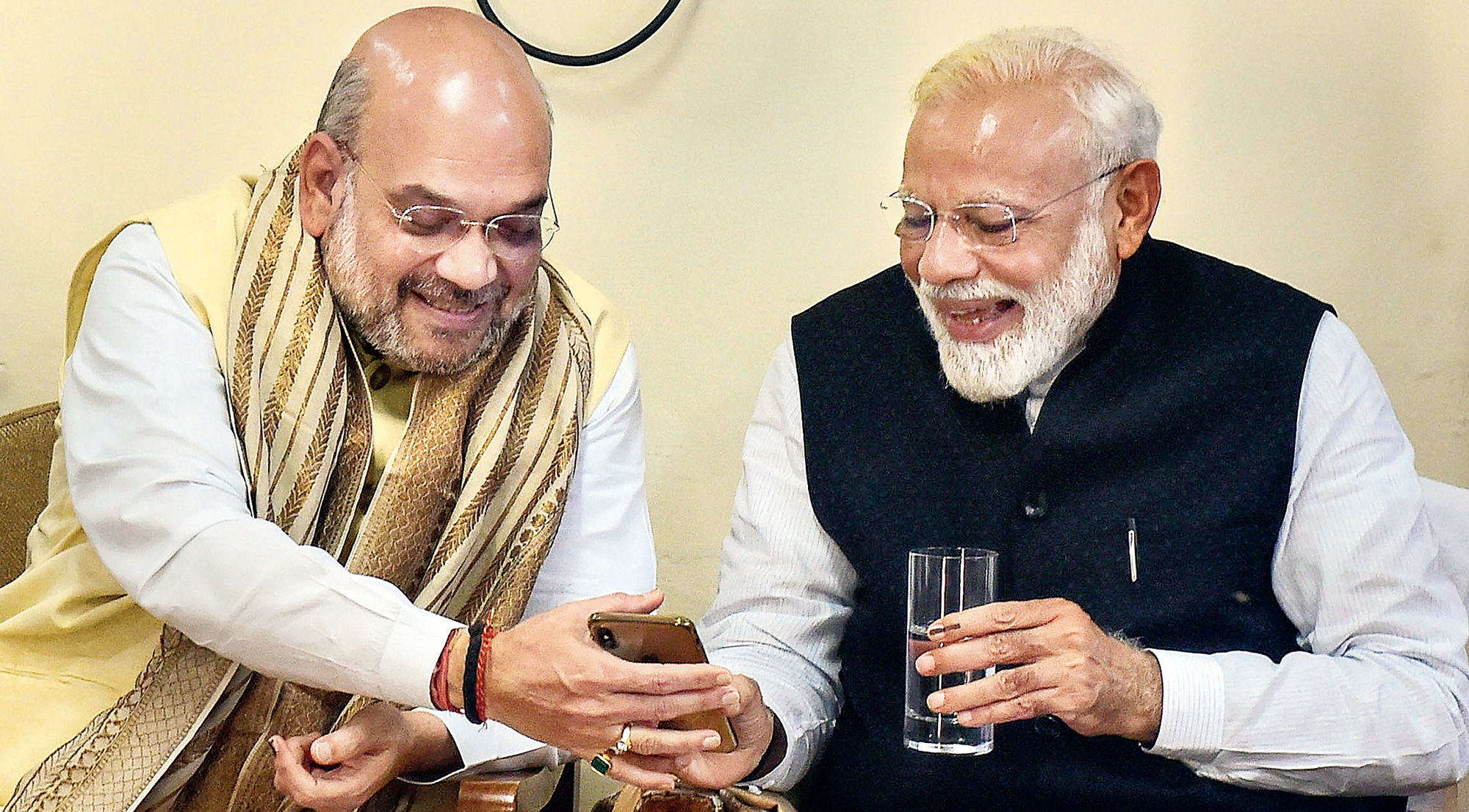 In a state dominated by two rival titans for three decades, a third man has grabbed pole position. His name is not Lalu Prasad or Nitish Kumar. He is not a Bihari either. He comes from the other end of India’s breadth; his name is Narendra Modi.

Five years after he made an audacious attempt on Bihar and swept it, Modi has come to establish himself as the single most important arbiter of electoral choices. Especially so in north Bihar’s Mithilanchal districts.

You either love Modi or you loathe him; the bold point subscript of this election is just that: Modi versus the rest. And the question that gets asked bluntly and very often is: “If not Modi, who? Is there another candidate Prime Minister we can see? Koi hai race mein (Is there anybody else in the race)?”

Where the NDA appears to be doing well, as in Madhubani, it is in Modi’s name; people can’t seem to be bothered who the local candidate is. A response you must expect and eventually tire of hearing as you travel across north Bihar goes: “Modiji kaa vote hai, local mein kaun khara hai isse kya matlab, Modi ko PM banana hai (The vote is for Modi, who cares who the candidate is, the vote is to make Modi Prime Minister again).”

Where the NDA prospects appear a little uncertain, as in Ujiarpur, it is Modi who is expected by candidate and votary alike to tilt the balance. “Candidate theek nahin hai, lekin Modiji hain naa, vote to unhi ko padega, candidate se kya matlab hai (The candidate isn’t good, but there is always Modi, the vote is for him. Why should we bother about the candidate)?”

Where the NDA is panting behind the Mahagathbandhan in the race, as here in Samastipur, it is again Modi, and Modi alone, who can save the day with some miracle. “Modiji kaa jaadu chala to kuchh ummeed hai yahan, aur koi kuchh nahin kar sakta. Lekin yahan jo bhi ho, PM to Modiji hi banenge (There is hope only if the Modi magic can do something, nobody else can help. Even so, whatever happens here, Modi will become Prime Minister).”

In the summer of 2014, these parts were in blind rapture with Modi; the carpet cry was to bring him on as Prime Minister. Five years later, that sentiment is intent on keeping him in office — that rapture remains undiminished among large sections that turned to Modi at the expense of local leaders five years ago.

There is one critical, and pertinent, difference: in 2014, Modi arrived on a wave of hope, this time he is marketing fear and playing chief insurance agent against “threats to national security”. It is the one factor that has been sold to near perfection: if there is no Modi, there is no security. “Modiji nahin rahenge pradhan mantri to Pakistan ko jawab kaun dega?”

What that has effectively achieved is to push Modi’s undelivered 2014 promises, his failures on many fronts, and the bushel of allegations the Opposition is thrusting in Modi’s face, beyond the scope of argument. “Desh hi surakshit nahin rahega to aur issues uthaane kaa kya matlab hai?” retorts Daya Prasad Singh, a public sector employee, lounging about a tea stall on the Samastipur-Darbhanga road. (What is the point in raising other issues when the nation cannot be kept secure?) Present company nods, there isn’t a sound disagreeing.

But has Modi not created the scare he is ensuring people against?

“Created?” Daya shoots back, affronted. “Are you saying Pulwama was created by Modi? Are you saying we would have been safe if he had not responded with Balakot? Kya baat karte hain... what are you talking about?”

The Modi following is hyper-political, almost cultish in the unquestioning way his votaries regard him. The result often is that there can be no interrogation of Modi’s record as Prime Minister — not on the downturn in employment, not on rural distress, not on the flight of mega scamsters, not on crony capitalists he has bred, not on controversial questions on the Rafale deal. Nothing.

Asked about the many financial scandals that have erupted during the Modi years, a schoolteacher seated beside Daya points to his cap. It is an AAPist paper cap, save that it is saffron of colour and written on it is “Main Bhi Chowkidar”. Argument over.

The owner of the shack has been listening in on the chatter. It’s a ramshackle shack, the owner has himself been yoked to the coal stove, clad in shorts and a torn vest.

How would Modi have altered his life and circumstances? “Not much, nothing at all in fact, I am the same as I was.”

NOT FAIR, AMITJI, YOU ARE DISTRACTING PM FROM HIS 18-HOUR-A-DAY WORK

Not everyone has the Prime Minister’s luxury. Several companies now actively encourage employees to take annual leave to save talent from being burnt out. A Calcutta-born IT professional, now settled in the US, recalled his stint at Sun Power, a Nasdaq-listed solar power company, where the company made it mandatory for its employees to take a break for a fortnight during Christmas.

Google sends automated email to its employees when their leave accumulation quota hits a ceiling, encouraging them to use up the leave.

But then, even Google can only aspire to reach the heights that Narendra Modi, as told by Amit Shah, has reached.