When foreigner Akshay Kumar was on board INS Sumitra with Modi

By raking up a three-decade-old incident involving Rajiv Gandhi, the Prime Minister has turned the spotlight on Canadian citizen Akshay being hosted on INS Sumitra under Modi's own watch 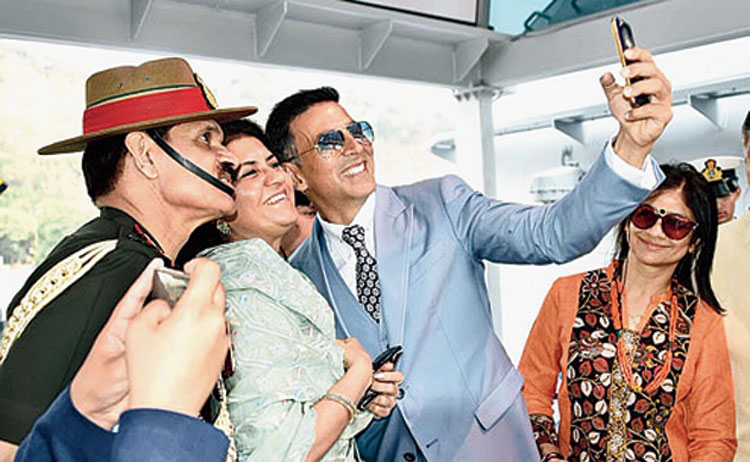 Prime Minister Narendra Modi had asked on Wednesday: “The question is whether the security of the country was not compromised by taking foreigners on board a warship?”

Modi had asked the question at Ramlila Maidan after alleging that INS (Indian Naval Ship) Viraat was insulted by Rajiv Gandhi and his family who used it as a personal taxi in 1987 and that the then Prime Minister was accompanied by his Italian in-laws.

Here’s another: was the security of the country compromised when you shared space with a Canadian passport holder on board INS Sumitra on February 6, 2016?

The Canadian might be more familiar to the Prime Minister as his “completely non-political” interviewer Akshay Kumar, the actor who recently enlightened the nation on whether Modi likes to suck his mango or have it sliced.

Not many would consider Akshay, a highly popular actor who has also experimented with themes considered socially responsible, a security threat to India.

However, by raking up a three-decade-old incident involving Rajiv Gandhi and making sensational security-related innuendos, the Prime Minister has turned the spotlight on Canadian citizen Akshay being hosted on INS Sumitra under Modi’s own watch.

In February 2016, Akshay and his young son were on the navy patrol vessel alongside Modi and other dignitaries, attending the International Fleet Review (IFR) at Visakhapatnam — India’s largest military exercise in 15 years. INS Sumitra is also the presidential yacht of India.

This was more than three years after a September 2, 2012, report in the online newspaper Vancouver Observer had referred to Akshay’s Canadian citizenship, saying it had been granted to him “within weeks” while many others waited for years.

In 2016, when it was reported that Akshay was one of the brand ambassadors for IFR 2016, Manohar Parrikar, the then defence minister who passed away in March this year, had denied it.

Canada was among the several foreign countries that took part in the IFR but its nationality link with the actor was not crystal clear then. A year later, in 2017, Akshay had said he was an honorary citizen of Canada, a description that was questioned by some people who pointed out that only a handful have been given that honour. 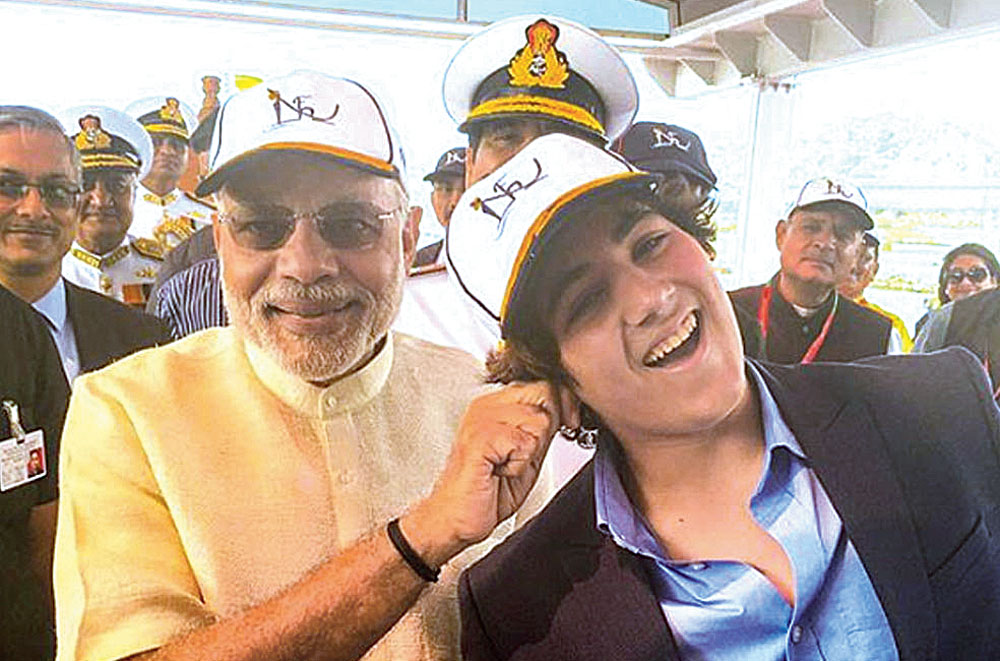 After the “completely non-political” interaction with Modi brought Akshay's citizenship under renewed focus, the actor said he had never hidden his Canadian passport. Al Jazeera News has been quoted as saying Canadian honorary citizenship does not come with passports.

This newspaper could not contact Akshay for comment on Thursday. On February 7, 2016, The Telegraph had published a picture of Akshay taking a selfie with then army chief Dalbir Singh Suhag and others on board INS Sumitra. The authenticity of the picture had not been questioned till now.

Akshay had also posted on social media a picture of Modi playfully pulling his son’s ear, below which was the post: “Proud moment in a father’s life, when the Prime Minister pulls your son’s ear in jest & calls him a good boy.”

Indian civilians and even foreigners are allowed to sail on naval ships, provided the permission comes from the “highest authority”, two defence ministry officials said.

Since the highest authorities of the country, including then President Pranab Mukherjee and the Prime Minister, were on board, it can be safely assumed that security clearance was given before Akshay was allowed in.

No illegality is being suggested. But by digging out an old issue from the 1980s that has little bearing on the ongoing election in the 21st century, Modi may have saddled the proud papa and his family with a mango-like cringe-inducing moment from now on every time they look at the ear-pulling picture that otherwise would have been a prized memory.

For Modi, it is also a reminder of a long-forgotten golden principle on the campaign trail: when you point a finger, there are three fingers pointing back at you.

On Thursday, former navy chief Admiral L. Ramdas, who said he was on the warship at the time, asserted that Rajiv and Sonia Gandhi were on board but “there were no foreigners with them”.

He said Rajiv was travelling “on official duty” to chair a meeting.