Advertisement
Home / India / We will tackle all challenges and difficulties together: Chief of Defence Staff Gen Anil Chauhan

We will tackle all challenges and difficulties together: Chief of Defence Staff Gen Anil Chauhan 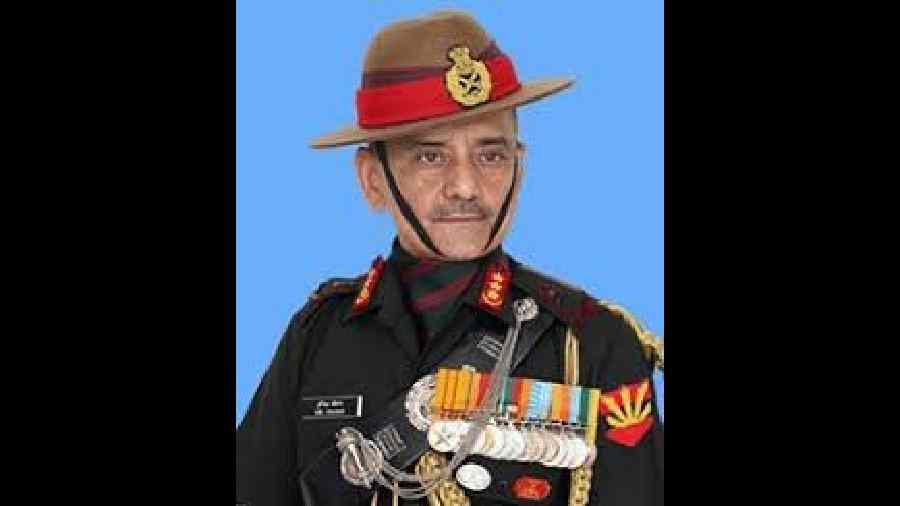 Gen Anil Chauhan on Friday became India's new Chief of Defence Staff with a mandate to implement the ambitious theaterisation plan that aims to ensure tri-services synergy and prepare the armed forces for future security challenges facing the nation.

In a brief interaction with the media, Gen Chauhan said the security challenges facing the nation will be dealt with jointly by the three services.

"I am proud to be assuming the responsibility of the highest rank in the Indian Armed Forces. I will try to fulfill the expectations from the three services and tackle all challenges and difficulties together," he said.

He became the first retired three-star Lt General-rank officer to return to the service as a four four-star General.

Gen Chauhan will also be the Principal Military Advisor to the Defence Minister on all tri-service matters as well as head department of military affairs as its secretary.

He will also be the Permanent Chairman of the Chiefs of Staff Committee (COSC), the defence ministry said.

The CDS called on Defence Minister Rajnath Singh shortly after taking charge of the top office.

Before assuming charge of the CDS, Gen Chauhan paid tributes to India's fallen soldiers at the National War Memorial. His father Surendra Singh Chauhan was also present at the memorial.

He was also accorded a tri-services guard of honour at the lawns of the South Block in the Raisina Hills in presence of Army Chief Gen Manoj Pande, Chief of Air Staff Air Chief Marshal VR Chaudhari and Navy Vice Chief Vice Admiral SN Ghormade.

Gen Chauhan's wife Anupama accompanied him when he took charge of the top office.

Known as an expert on China, his appointment to the top post comes amid the lingering border row between Indian and Chinese troops in eastern Ladakh.

Sixty-one-year-old Chauhan will also function as Secretary in the Department of Military Affairs.

As CDS, Gen Chauhan's primary task will be to implement the theaterisation model to bring in tri-services synergy by rolling out integrated military commands.

Last year, the Department of Military Affairs headed by Gen Rawat had asked all three services to carry out independent studies on the theaterisation plan for its rollout.

However, the process did not move further after the death of Gen Rawat on December 8, 2021.

According to the theaterisation plan, each of the theatre commands will have units of the Army, the Navy and the Air Force and all of them will work as a single entity looking after security challenges in a specified geographical territory under an operational commander.

At present, the three forces have a total of 17 commands. Initially, a plan was firmed up for the creation of an Air Defence Command and Maritime Theatre Command.

The Indian Air Force has some reservations about the proposed theatre commands.

Gen Chauhan is known as a fine military commander who played a key role in enhancing India's military preparedness along the Line of Actual Control (LAC) with China in the Arunachal Pradesh and Sikkim sectors during his tenure as the Eastern Army Commander.

He was the Director General of Military Operations (DGMO) of the Army during the Balakot air strikes in 2019 when Indian airplanes pounded a Jaish-e-Mohammed terrorist training camp deep inside Pakistan.

In a career spanning nearly 40 years, Gen Chauhan held several command, staff and instrumental appointments and had extensive experience in counter-insurgency operations in Jammu and Kashmir and northeast India.

New CDS has a Calcutta connection