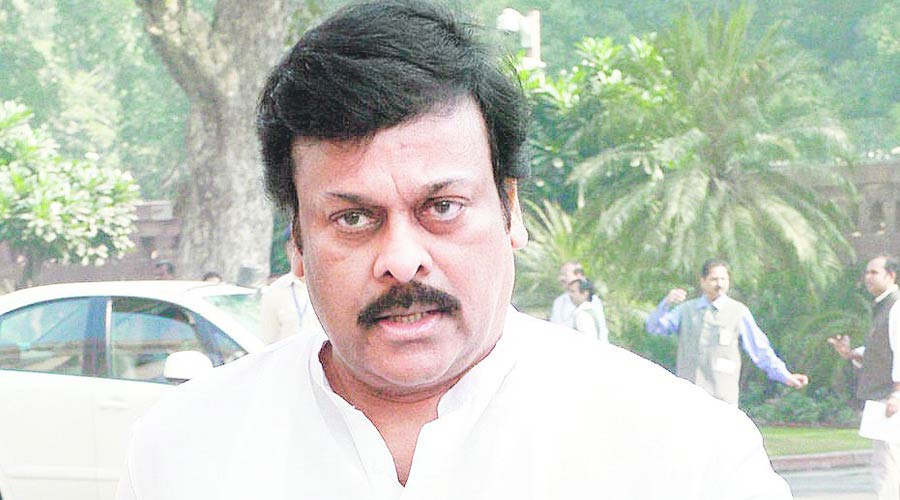 It was "humiliating" for him as an artiste from South to see Indian cinema being defined just by Hindi films, says veteran actor Chiranjeevi recalling a visit to Delhi in 1988.

The 66-year-old star of Telugu cinema said he is proud that filmmaker SS Rajamouli's "Baahubali" movie series and latest release "RRR" have helped make southern cinema popular across the country as well as globally.

In 1988, Chiranjeevi had flown down to Delhi for the National Film Awards and found that the organisers knew little about South cinema. Even the hoardings were dominated by Bollywood stars.

"It was very humiliating for me. I felt insulted, very hurt that Indian cinema meant only Hindi cinema and was projected thus for a long time. But films like 'Baahubali' and 'RRR' overcame barriers and proved they are also Indian cinemas," Chiranjeevi's said recently at a pre-release event of his latest film "Acharya".

The actor said he visited Delhi to attend the National Film Awards as his co-co-production "Rudraveena" was to be given the Nargis Dutt Award for Best Feature Film on National Integration.

"We were sipping tea in the hall adorned with posters highlighting the glory of the Indian cinema. There were some footnotes for the posters put up on the walls. There were photos of Prithiviraj Kapoor, Raj Kapoor, Dilip Kumar, Dev Anand, Amitabh Bachchan, Rajesh Khanna and Dharmendra. They glorified various directors and heroines and we thought they would also talk about South Indian cinema in such great detail.

"But they just displayed a huge still of MGR (M G Ramachandran) and Jayalalithaa dancing and described it as South Indian cinema. Besides, a picture of Prem Nazir, who played a hero in the highest number of films in the history of Indian cinema, was shown," he said.

Chrianjeevi, the star of films such as "Indra", "Sye Raa Narasimha Reddy", "Tagore" and "Gang Leader", said it was "sad" to see that greats like Dr Rajkumar, A Nageswara Rao and NT Rama Rao couldn't find a place among the posters of the famous Indian film stars displayed at the venue.

"They were like demigods (South stars). Their photos did not find a place there. Even those of Sivaji Ganesan of Tamil film industry could not be found. It was so humiliating for me at that time. I felt insulted and very sad.

"They projected only Hindi films as Indian cinema and dismissed other films as if they were regional language films. They didn't even bother to acknowledge or respect our contribution."

But the actor is happy that the recent box office success of films from South has altered the perception of people.

"I feel so proud that our film industry has proved that we are no longer regional cinema and Telugu cinema removed the barriers and made it as Indian cinema... Everyone is amazed at our success. We have overcome the discrimination, thanks to 'Baahubali', 'Baahubali 2' and 'RRR'. These films have helped us a great deal. We are so proud that the Telugu industry has made these films," he said.

On the box office front, Bollywood films have been facing tough competition from southern films. In recent months, "Pushpa" (Telugu), "RRR" (Telugu) and "KGF:Chapter 2" (Kannada) have emerged as pan-India blockbusters earning more than Hindi films like "Gangubai Kathiawadi", "Jersey" and "Runway 34" among others.