'Today, I’m known in the public as Dushyant’s father' 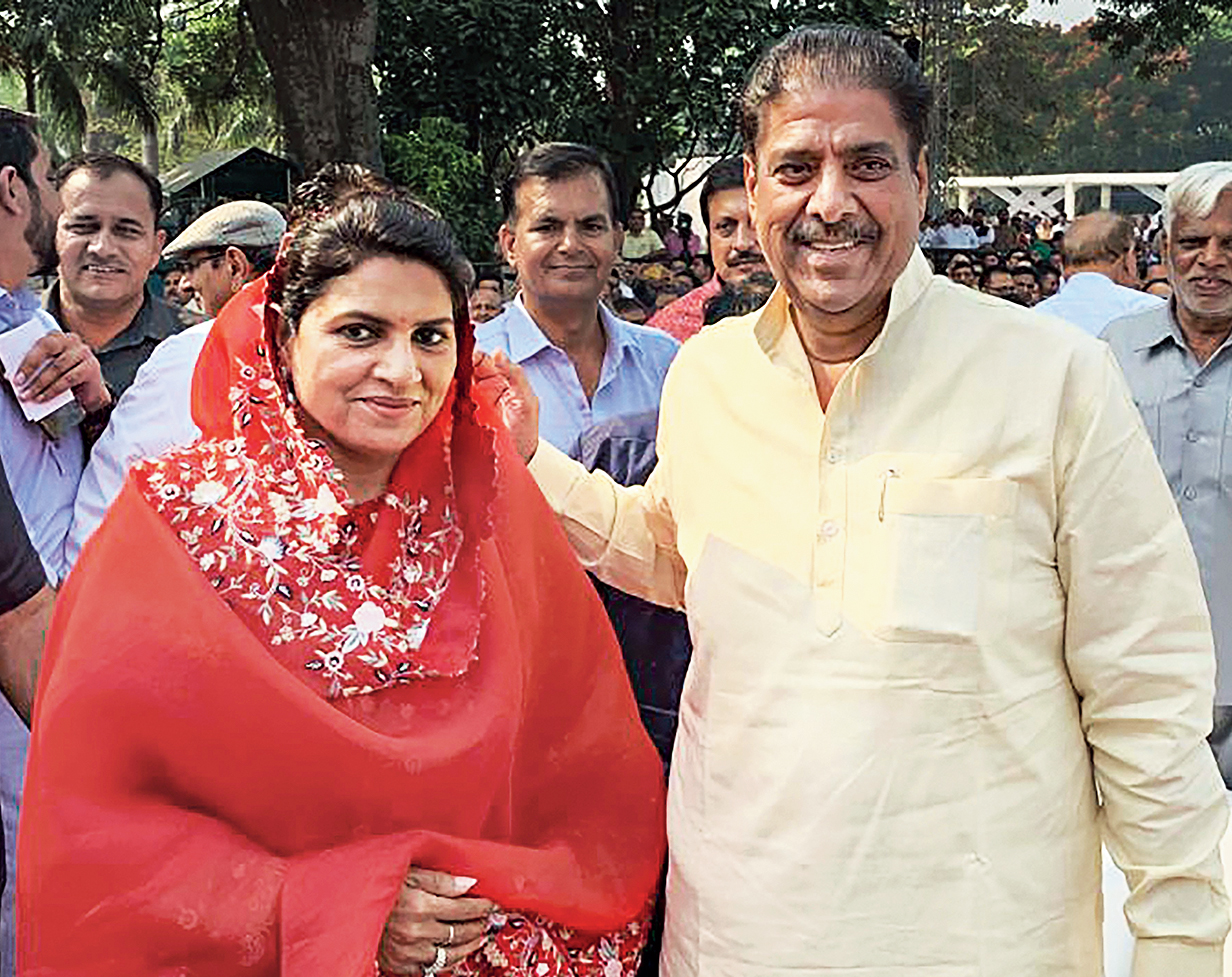 Manohar Lal Khattar took oath as chief minister on Sunday and Dushyant Chautala was sworn in as his deputy as the BJP formed the government with the help of the Jannayak Janta Party in Haryana.

Governor Satyadeo Narain Arya administered oath to them at a ceremony held at the Raj Bhavan here on Diwali.

Dushyant Chautala’s father Ajay Chautala, who stepped out of the Tihar jail in Delhi on a furlough, and mother Naina Chautala, who has been re-elected as an MLA, attended the event.

However, INLD leader Abhay Singh Chautala, the estranged uncle of Dushyant Chautala, was not present.

Ajay said he felt proud that “today, I’m known in the public as Dushyant’s father”.

The former MP said it was hard to believe that Dushyant had built the party in just 10 months and some of its candidates even made stalwarts bite the dust.

“He (Dushyant) always consults me whenever he has to take any major decision,” said Ajay, who is lodged in jail along with his father and former chief minister Om Prakash Chautala after their conviction in a teachers’ recruitment scam.

Asked about the Congress raising doubts about the prospects of the BJP-led coalition, Ajay said: “Whatever the Congress says, it’s their wish. Definitely, this alliance will work and it will take forward the development work of Haryana in the next five years.”

The BJP had on Friday sealed a deal with the Dushyant-led JJP to form the government in Haryana after the saffron party fell short of six seats from the majority mark in the Assembly election.

Both the 65-year-old Khattar and 31-year-old Dushyant took oath in Hindi. In their brief media interaction after the oath-taking function, the two leaders said the alliance would provide a stable government.

Dushyant, the great grandson of former deputy Prime Minister Devi Lal, said the government would work towards the welfare of all sections of the society.

Asked if Dushyant would carry forward the legacy of Devi Lal, Badal said: “Definitely, he will be able to do so. Chaudhary Devi Lal would have been very happy had he been alive.”