Vice Prez poll: Alva gets support from AAP and JMM, but numbers still not enough

Former Governor of Rajasthan is likely to get around 190-200 votes, going by the support announced by parties for her candidature so far 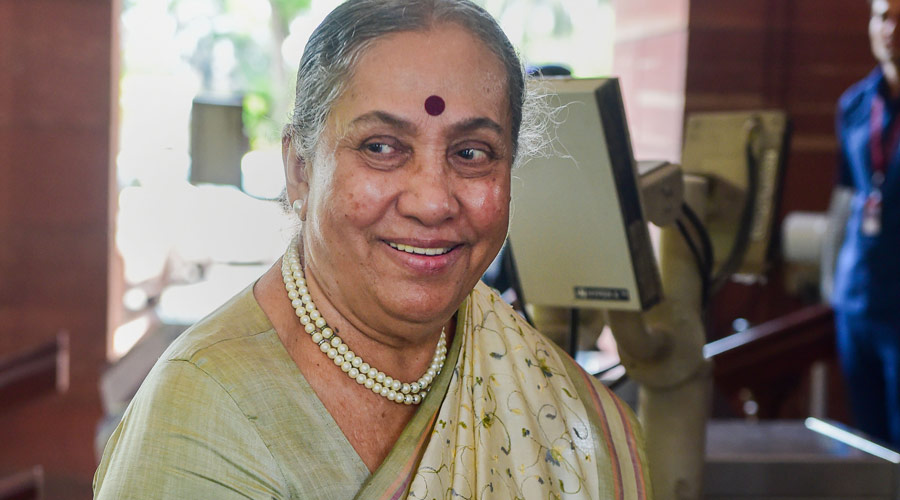 The Opposition camp, on Wednesday, got a boost with the Aam Aadmi Party and the Jharkhand Mukti Morcha announcing support to their joint Vice Presidential candidate Margaret Alva, but numbers are still firmly in favour of NDA nominee Jagdeep Dhankhar.

The Vice Presidential poll to elect the successor to M Venkaiah Naidu will be held on August 6. The results will be out the same day.

As per the Electoral College arithmetic, Dhankhar has two-thirds of votes in his favour as BJP by itself has 303 members in the Lok Sabha and 91 in the Rajya Sabha.

With the support of some regional parties like the Janta Dal (United), YSRCP, BSP, AIADMK and Shiv Sena, the NDA nominee is likely to get over 515 votes, enough for a comfortable win for him.

Alva is likely to get around 190-200 votes, going by the support announced by parties for her candidature so far.

The Trinamul Congress, which has 23 MPs in Lok Sabha and 16 in Rajya Sabha, has decided to stay away from the Vice Presidential election.

Some regional parties like the Telangana Rashtra Samithi and the Telugu Desham Party have not yet shown their cards and may take a call soon.

The Aam Aadmi Party, which is in power in Delhi and Punjab, announced its support to Alva on Wednesday. The party's political affairs committee "unanimously" decided to support Alva after a meeting chaired by its National Convener Arvind Kejriwal.

"All the Rajya Sabha members of the party will vote for the Opposition candidate Margaret Alva on August 6," the party said.

AAP has 10 MPs in the Rajya Sabha, but it has no presence in Lok Sabha as Bhagwant Mann resigned after he became Chief Minister of Punjab.

In a statement, JMM supremo Shibu Soren on Wednesday asked its parliamentarians to vote in favour of former Union Minister Alva during the August 6 election. The JMM has a total of three MPs -- two in the Rajya Sabha and one in the Lok Sabha.

While Dhankhar has been meeting party MPs ahead of the election, Alva has written to all the members of Parliament saying, if elected, she will work to build bridges between parties, forge consensus on national issues and help restore the glory of Parliament.

In a letter to all members of Lok Sabha and Rajya Sabha, who form the Electoral College, Alva said that the Vice President's election must be seen as a referendum on the manner in which Parliament is being run and on the breakdown in the fundamental democratic process of building consensus on important national issues.

"If elected Vice President, I commit myself to work tirelessly to uphold the Constitution and to strengthen our parliamentary democracy. As Chairperson of the Rajya Sabha, I will work to build bridges between different political parties, forge consensus on issues of national importance, and help restore the glory of Parliament," she told the MPs in her appeal.

All MPs of Lok Sabha and Rajya Sabha, including nominated members, are electors in the Vice Presidential poll.

There are a total of 543 MPs in Lok Sabha and 237 in Rajya Sabha currently, with eight vacancies including three of nominated members and those from Jammu and Kashmir, which does not have an assembly.

The Vice President is also the Chairman of Rajya Sabha.

Both Dhankhar and Alva have been former MPs, former Union Ministers and former Governors.