The Congress leader had called them 'infiltrators' 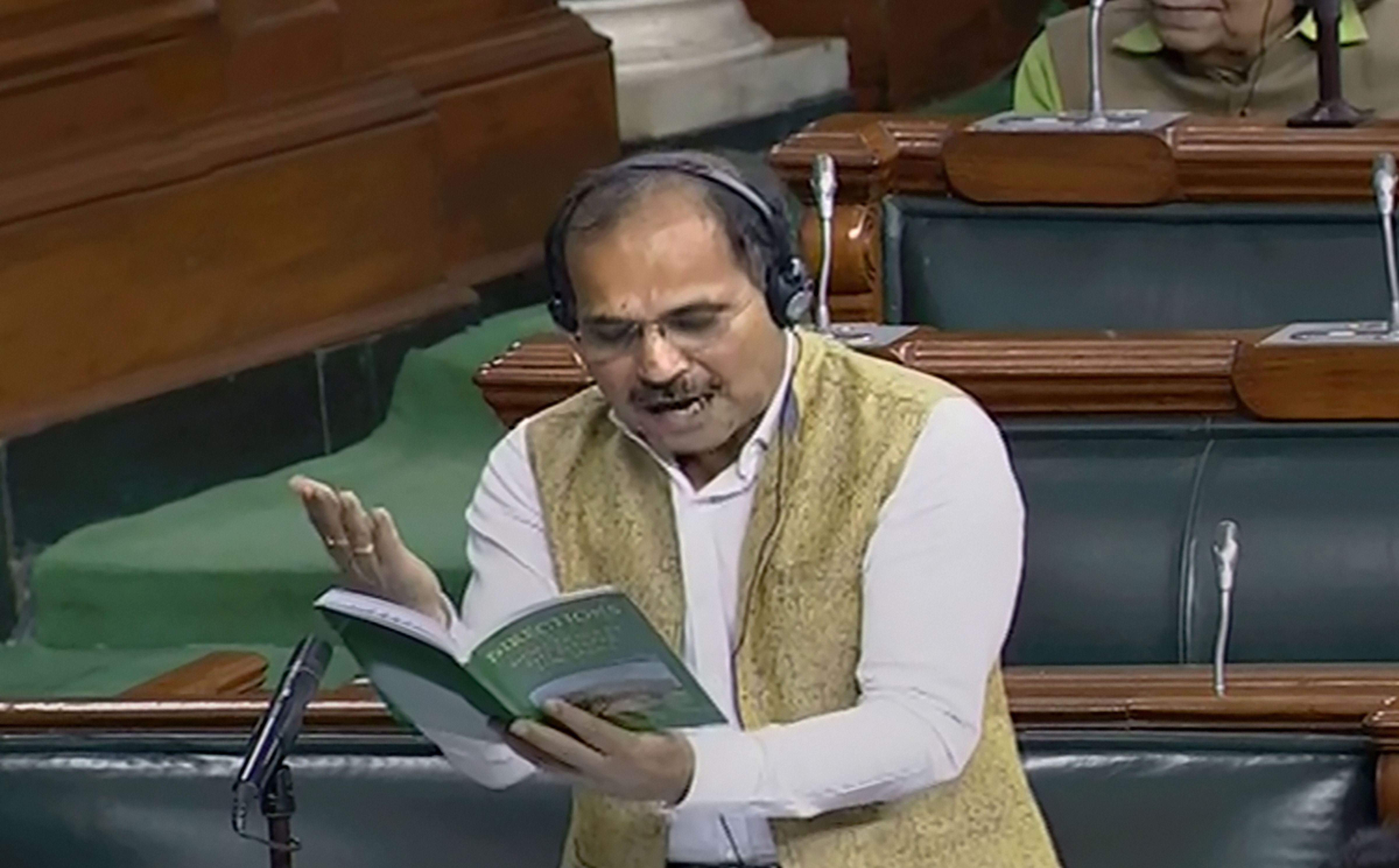 The BJP demanded apology from Chowdhury over his remarks.

Parliamentary affairs minister Pralhad Joshi took a swipe at the Congress over its president Sonia Gandhi's foreign origin, saying its own leader is an 'infiltrator' and it target others in a similar manner.

During the Question Hour, when Chowdhury rose to ask a supplementary related to the steel ministry, BJP members tried to mock him by shouting the word 'infiltrator' several times.

The Congress leader immediately tried to counter by saying: 'Yes, I am an infiltrator, I am a deemak (termite).'

'Sab khulengi, aap ki paribhasha se desh nahi chalega (Everything will be exposed. The country will not run by your definitions),' Pradhan said.