He said if the collegium was in possession of some material about a judge, it has to be trusted 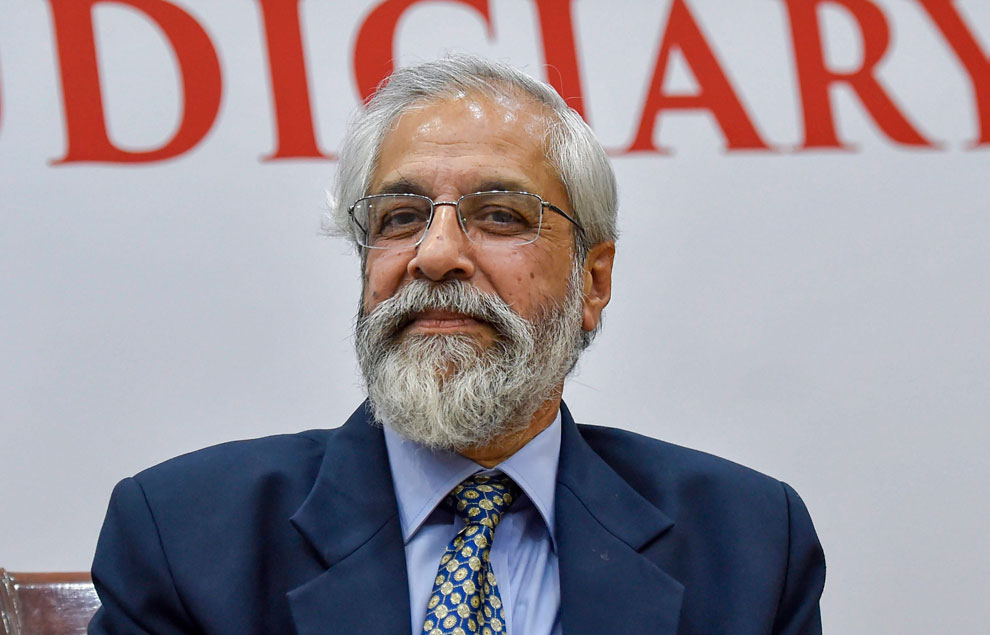 Justice Madan B. Lokur, the retired Supreme Court judge, has said he is “disappointed” that the resolution of a collegium meeting on December 12, which has been sucked into a controversy swirling around the elevation of judges to the top court, has not been brought into the public domain.

“A decision has been taken. In the normal course, it should have been put up. It was not put up. I am disappointed. Why it was not put up is not my business,” Justice Lokur told an interactive session organised by Leaflet, a portal, and the Lawyers’ Collective, an NGO.

“There is no practice or standard operating procedure laid down. Once a resolution is passed, I would expect in the normal course to be put up on the website. Yes, it does disappoint me,” he said.

But a subsequent meeting on January 10, this year — by when Justice Lokur had retired — had cleared the names of Justices Dinesh Maheshwari and Sanjiv Khanna, who were later sworn in.

Information on the December 12 meeting was leaked and a controversy broke out, which had apparently left Chief Justice of India Ranjan Gogoi deeply upset.

On Wednesday, in response to a question, Justice Lokur refused to attribute any motive to the replacement of the two names at the January 10 meeting of the collegium.

However, the comments by Justice Lokur suggest a decision was taken at the December 12 meeting and a resolution passed.

Justice Lokur was one of the four judges who held an unprecedented news conference in January 2018 and spoke out against the manner in which the then Chief Justice was allocating cases.

At the interactive session, Justice Lokur refused to attribute any motive to the replacement of the two names as he felt the collegium would have had additional material.

He said the collegium was not under any obligation to make public the additional material before the reconstituted collegium for recall of the December 12 decision.

The material can be defamatory, incorrect or correct but the collegium cannot be expected to put in the public domain the reasons for overlooking Justices Nandrajog and Menon, he added. “What happened between the 12th of December and the 10th of January, I am not privy to it at all,” Justice Lokur said.

Asked whether he was going to attribute motives, Justice Lokur said: “No, no.”

“What the collegium does is something confidential. I am not going to betray somebody’s trust and say this is what we discussed at the collegium. As a matter of trust and confidence, I am not going to betray the trust. So we take some decisions. Once we take a certain decision, they have to be uploaded. I am disappointed it was not uploaded. Yes,” he said.

The judge said if the collegium was in possession of some material about a judge, it has to be trusted.

“If there is some material, somebody has to be trusted on those material. I don’t know. I am not sure…,” he said.

He disagreed with the view that the present collegium system has “failed” but suggested tweaks after a considerable debate among the various stakeholders.

“I wouldn’t say the collegium system has failed. That would be a very strong word to say. I don’t think it has failed. But yes, like every system it requires tweaking. There are things that happen. Situations arise. We are dealing with human beings, not machines.… Certainly it does require tweaking,” he said.

The judge denied that appointments are made on the basis of recommendations of influential persons or nepotism creeps in.

He said there was nothing wrong in either the Chief Justice or the judges being under any form of public scrutiny in the wake of certain decisions of the judiciary that had evoked criticism.

Justice Lokur defended the unparalleled media conference a year ago, saying it brought about certain “openness” in the functioning of the collegium and the Chief Justice of India but did not elaborate.

He defended the decision of the Chief Justice of India and judges to have a dinner meeting with the Prime Minister during the Christmas vacation last year.